How to Calculate Percentage

How to Calculate Percentage

Go back to  'Percentages'

In Mathematics, we use numbers for comparisons.

Percentage is one of the ways to make comparisons.

Jack and Jolly got their report cards from school. Jack says that he has done better.

Do you agree with him?

Jack's mother says that they cannot decide this by just comparing the total marks obtained because the maximum marks are different for both of them.

Since Jolly's percentage is higher than Jack's percentage, this shows Jolly has done better.

How to Calculate Percentage?

Percentages are fractions with denominator as 100

The word "percent" is derived from "per centum" which means "per hundred".

It is represented by %

How to get Percentage?

Percent is another name for indicating hundredths. 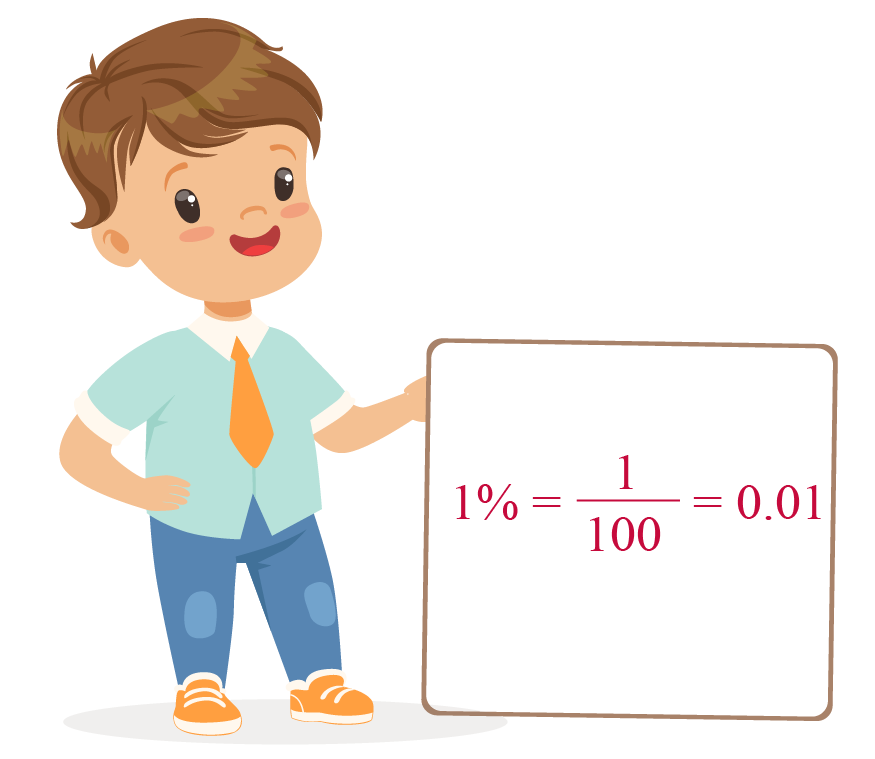 Lovina bought tiles of three different colors for her house.

Look at the table below to see the details of this purchase.

Since the total number of items add up to 100, the percentages can be easily calculated.

What if the total number of items does not add up to 100?

In such cases, we convert fractions to equivalent fractions with denominator as 100

Let's look at the following example to see how this is done.

Emma has a bracelet with 20 beads in two colours.

The table below shows how to calculate the percentages of the red and blue beads. 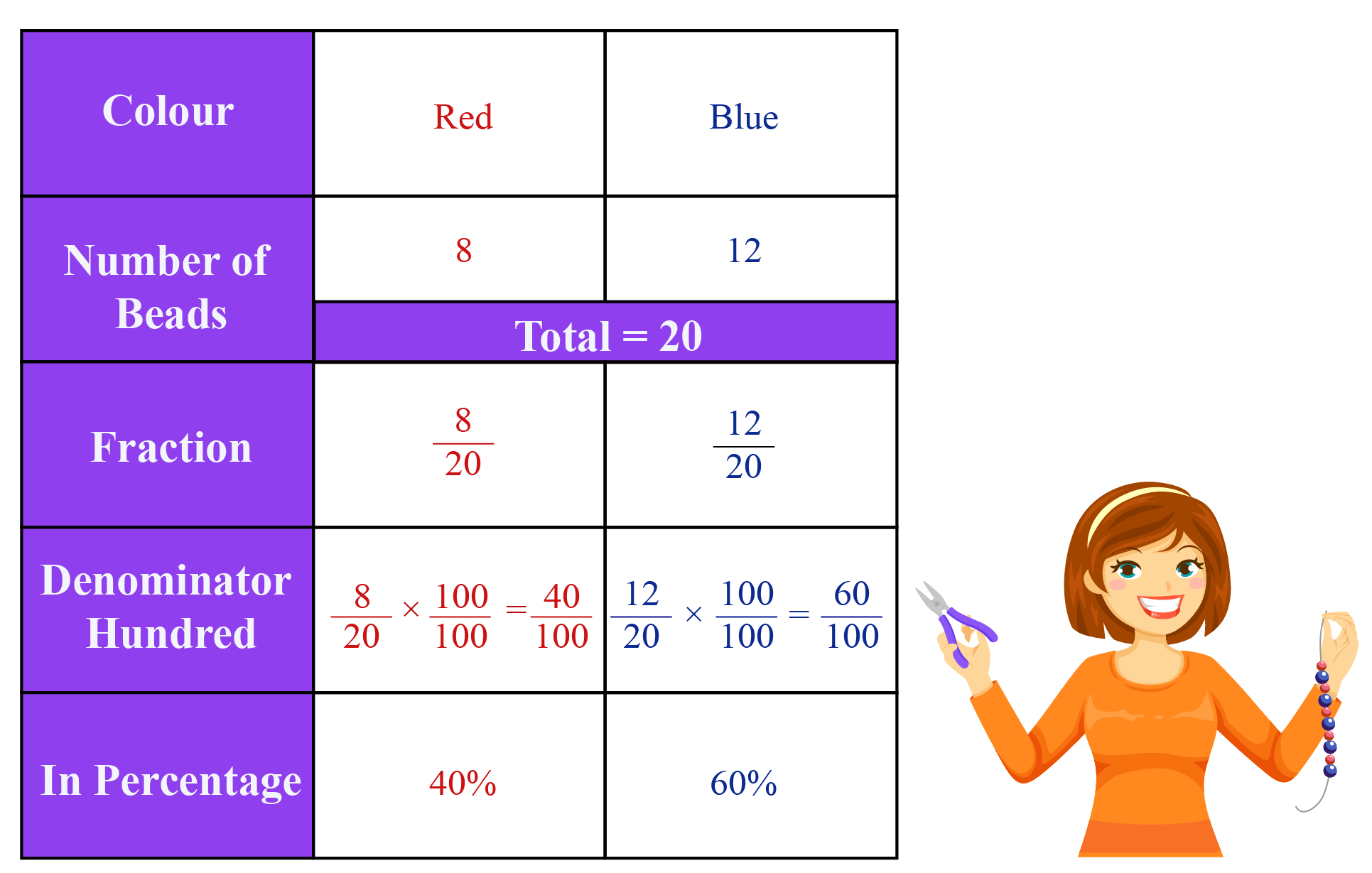 Emma's sisters, Nora and Jenny, calculated the percentages as well, but in different ways. 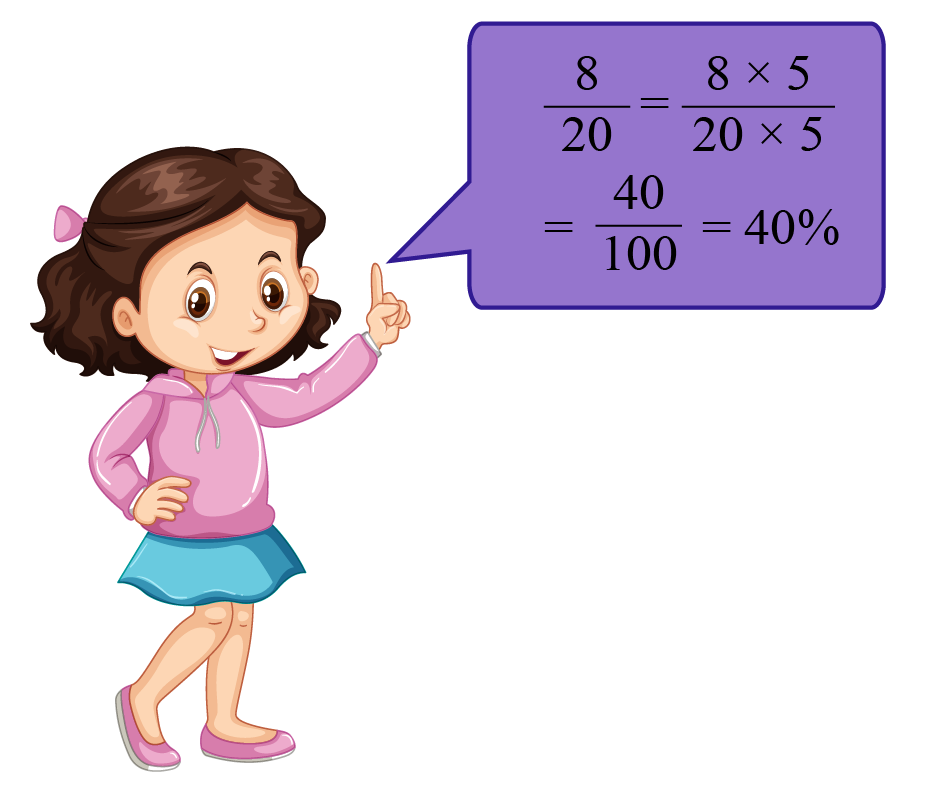 You can use the method you find most suitable to calculate percentages.

Let's experiment with some percentages in the simulation below.

Set a base amount and the percentage of the tip to be given.

You can observe the amount for the tip being calculated.

The percentage of the tip from the total amount is also visually depicted in the figure.

Using this formula, you can represent a number as a fraction of 100.

Sometimes we need to know the increase or decrease in some quantity as percentages also referred to as Percentage Change.

We have a formula to show the change in quantity as a percentage.

Percentage increase is given by the formula:

Now, you can easily guess the formula for percentage decrease.

Percentage decrease can be calculated by:

You can experiment using this formula in the simulation below.

We often come across information in our daily lives like 25% off on market prices or 8% hike in petrol prices.

This indicates an increase or decrease in the original prices of those items. 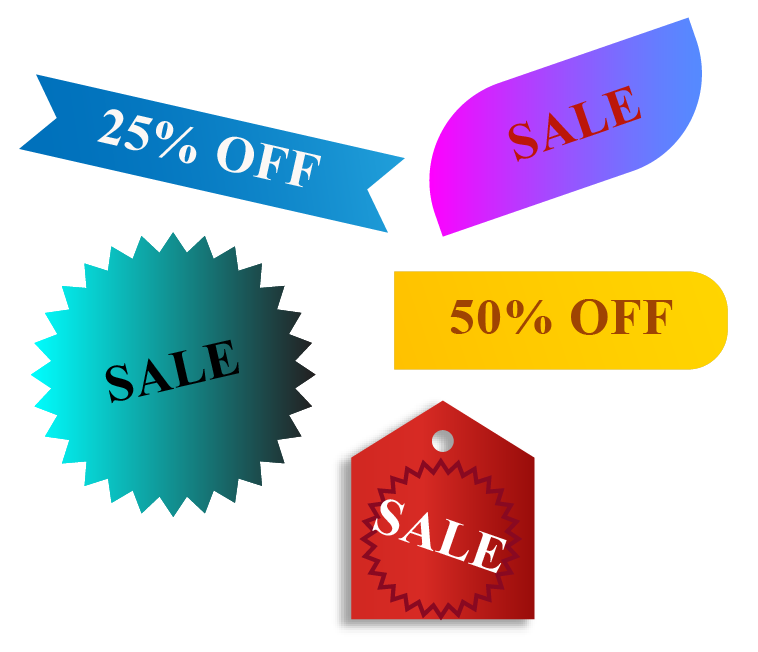 Let us go through a few examples to understand this concept better.

Robert is happy because he got promoted. 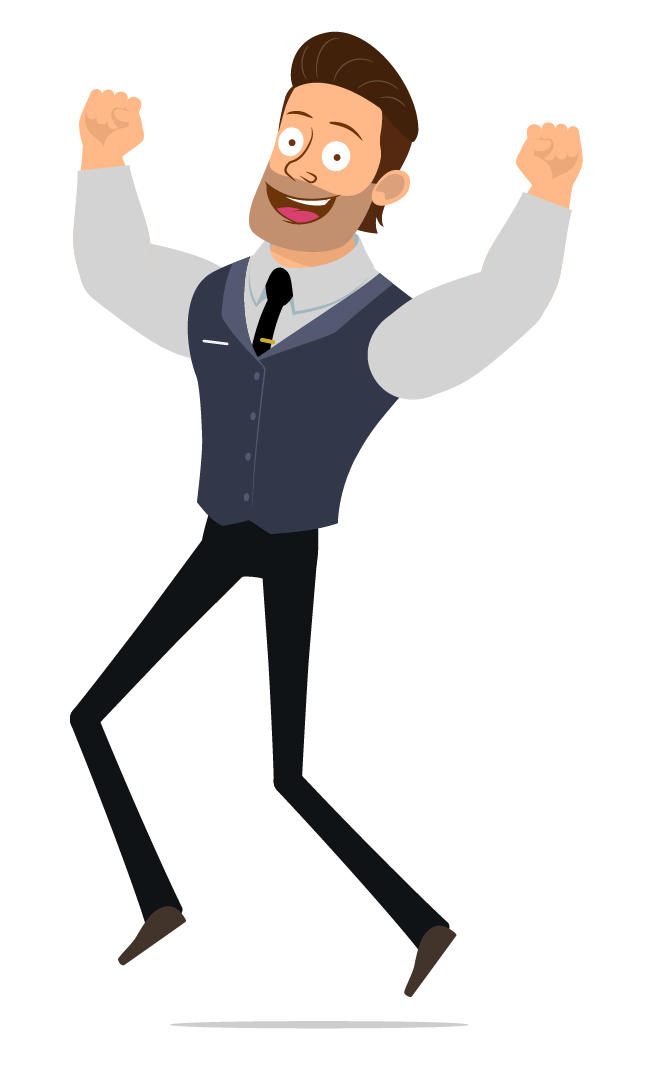 What is his revised salary after his promotion?

Thus, his new salary will be the sum of his current salary and Rs.1200

A new model of a mobile was launched in the market. 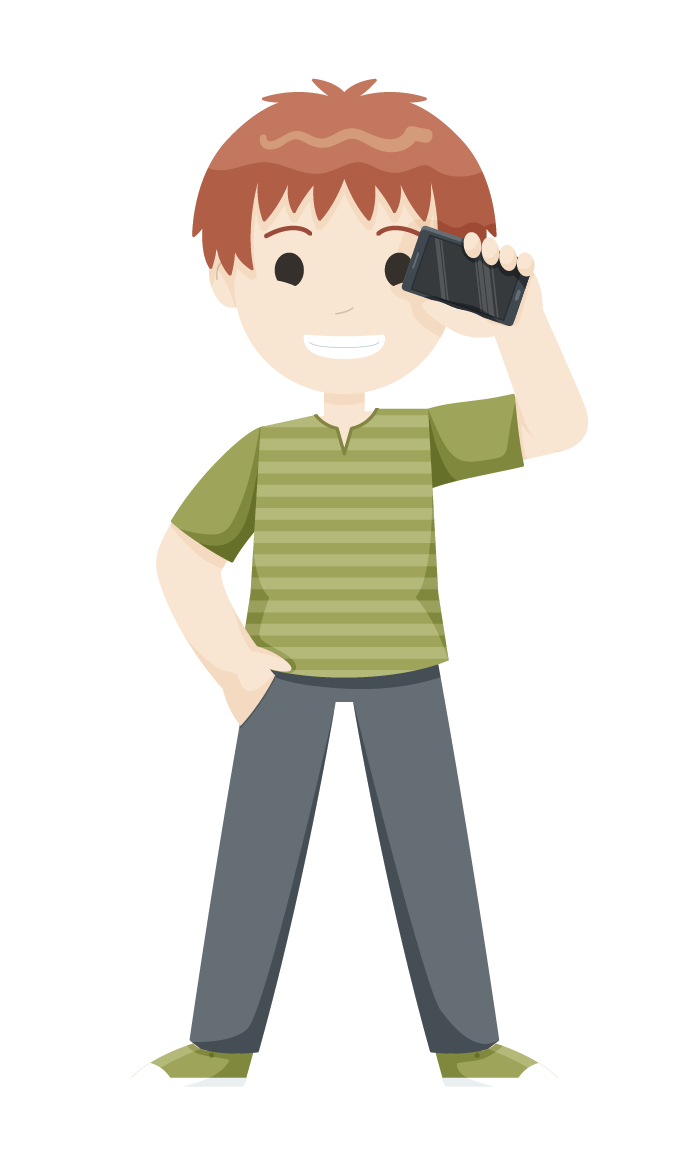 The value of the mobile decreases by 3% on its original price every year.

Neil wants to know the value of his mobile after 3 years.

Can you help Neil calculate the price of the mobile after 3 years?

The mobile depreciates Rs. 1680 every year.

Thus, the value of the mobile after 3 years will be

CLUEless in Math? Check out how CUEMATH Teachers will explain How to calculate percentage to your kid using interactive simulations & worksheets so they never have to memorise anything in Math again!

1. How to calculate the percentage of a number?

To find the percentage of any number, convert the percent into a decimal number and replace "of" with multiplication.

2. How to calculate percentage of marks?

For example, if you scored 24 out of 30, the percentage would be

3. How do you calculate percentages easily?

The list of easy ways to calculate the percentage very quickly and without a calculator is given below.

These key points will help you to calculate all the percentages in a much simpler way.

4. How do I calculate the percentage of a total?

To find the percentage of a total, convert the percent into decimal number and then multiply this ratio by 100