The angles and lines of a triangle play a major role in the construction of it.

Let us understand the process in this article. 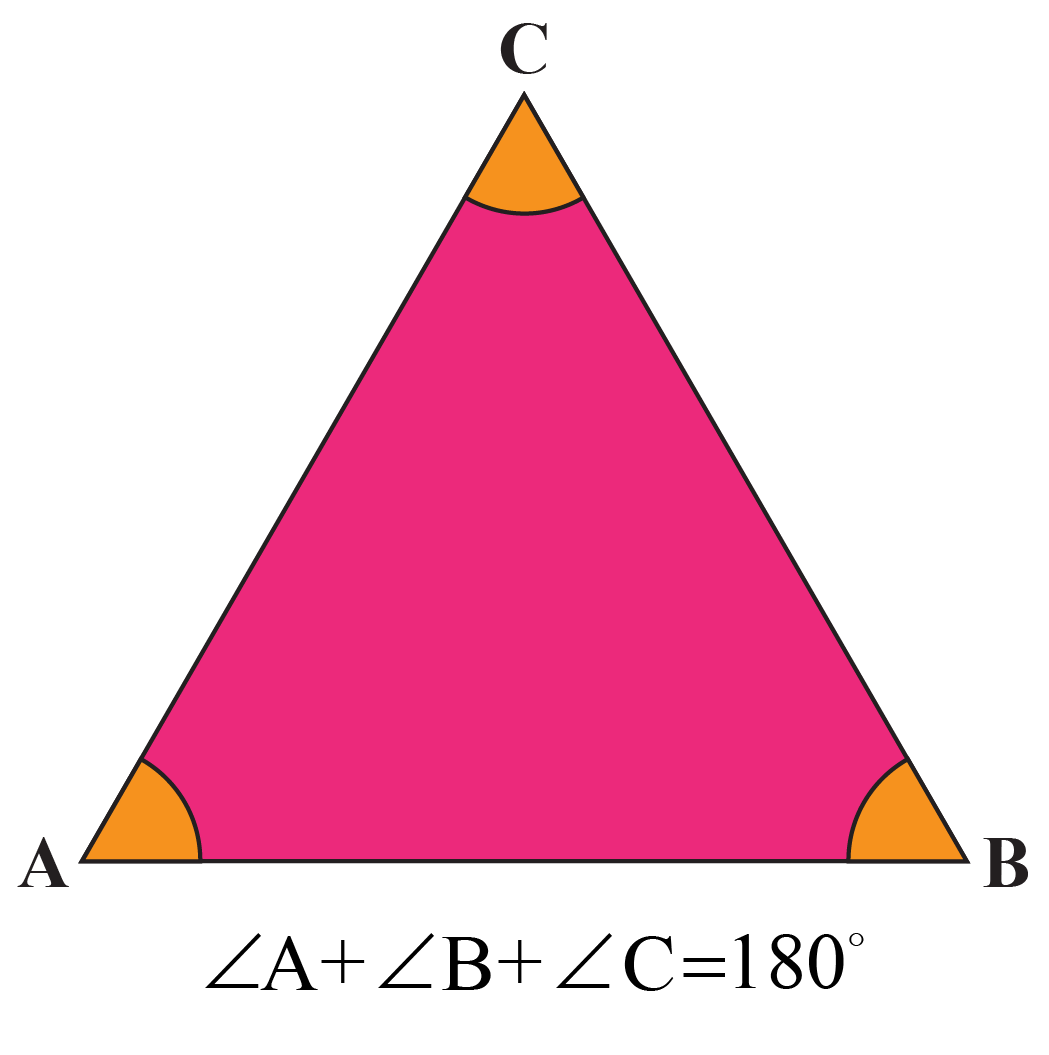 What Are the Types of Triangles?

Triangles can be classified on the basis of:

Methods for Construction of a Triangle

We are going to construct \(\Delta ABC\), in which:

Step 1: Draw the base BC, and through B, draw a ray BX inclined at the angle specified: 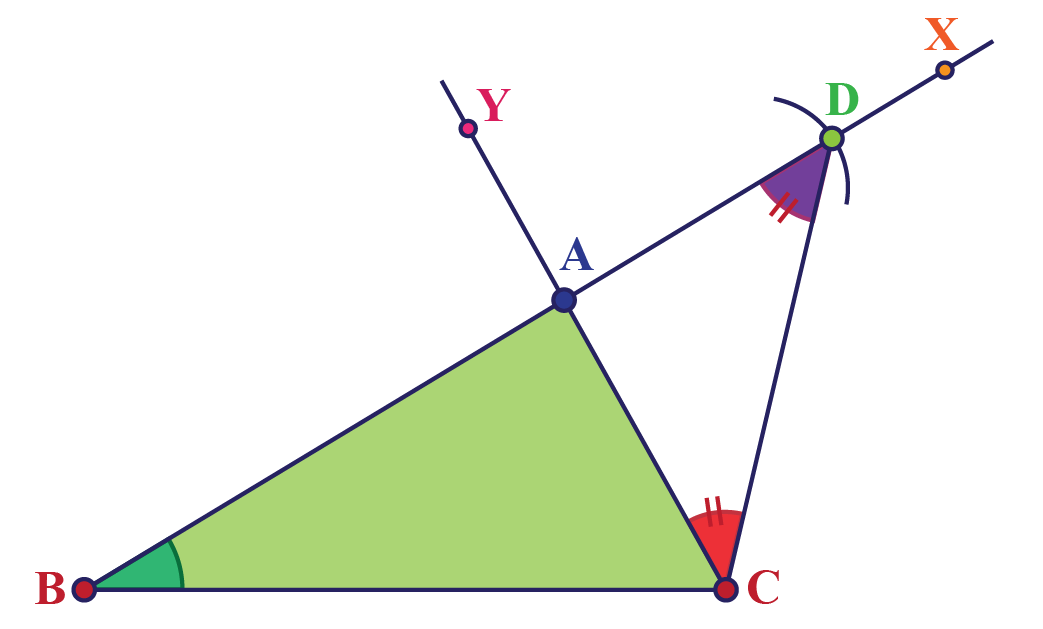 \(\Delta ABC\) is the required triangle. This is because in \(\Delta ACD\), we will have AC = AD (due to our construction such that the opposite angles \(\angle DCY\)and \(\angle BDC\)are equal). Thus, 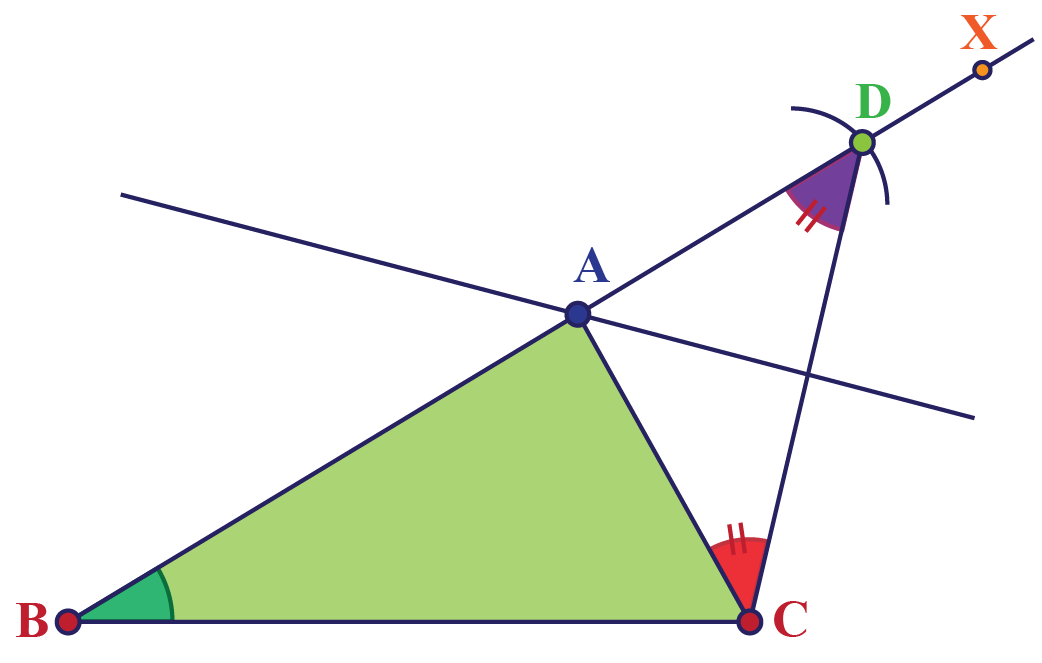 This is because since A lies on the perpendicular bisector of CD, we will have AC = AD, and again:

The base BC is given, a base angle is given, and the difference between the other two sides is given.

The steps of the construction will be as follows:

Step 1: Draw BC, and draw a ray BX through B which is inclined to BC at the given angle value:

Step 3: Join CD and draw the perpendicular bisector of CD. Let it intersect ray BX at A: 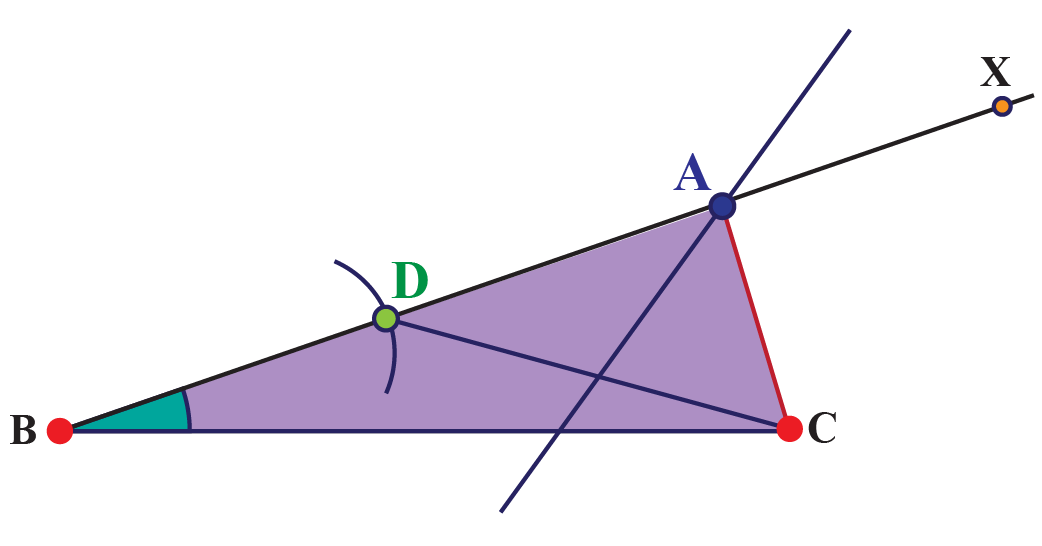 The first step is the same (drawing BC and ray BX inclined to BC at the specified angle, but now, extend BX on the opposite side as well:

Step 3: Join CD. Draw the perpendicular bisector of CD, and let it intersect ray BX at A:

The perimeter and two base angles are given. 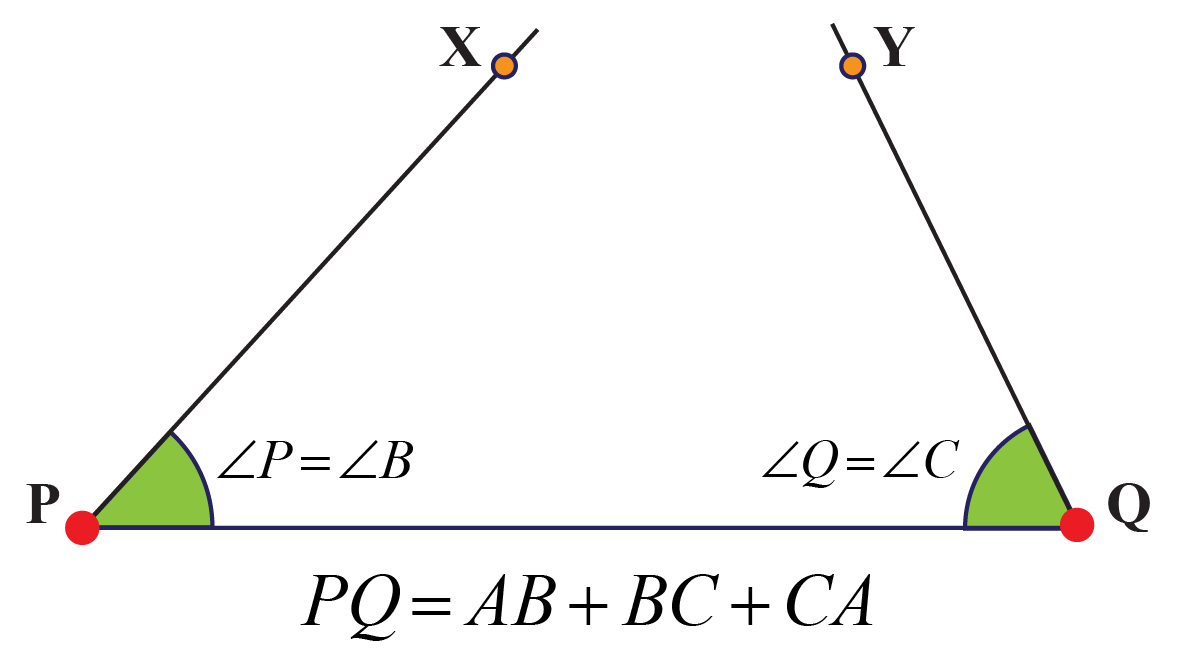 Step 2: Draw the angle bisectors of \(\angle XPQ\)and \(\angle YQP\), and denote their point of intersection by A: 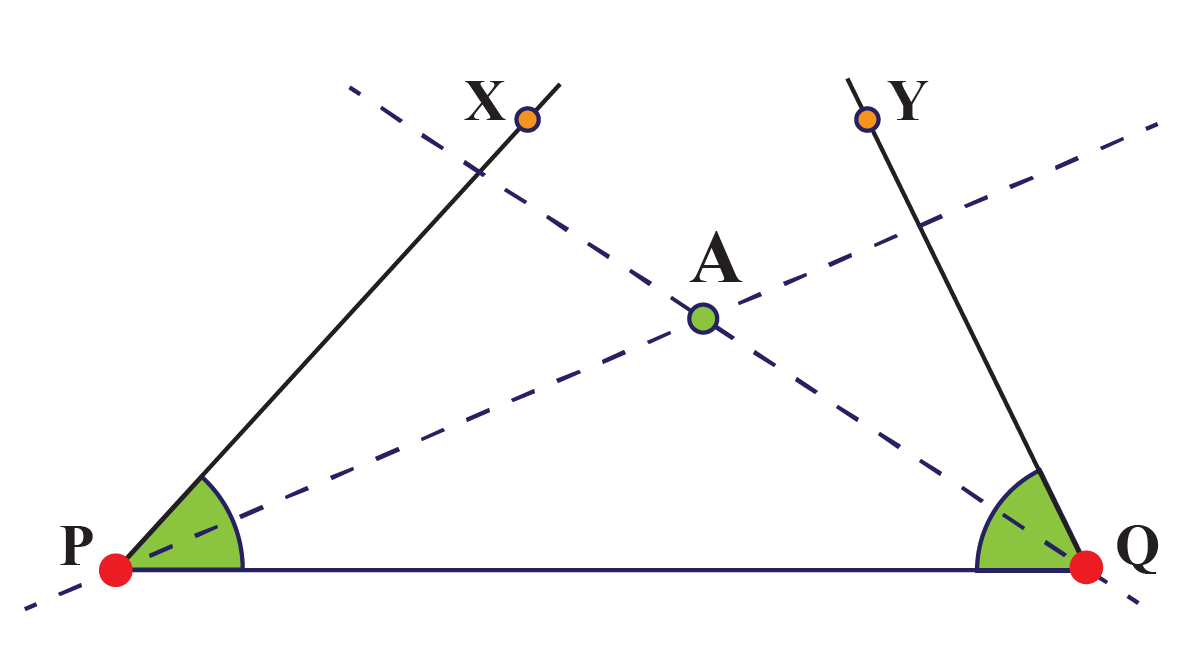 Step 3: Draw the perpendicular bisectors of AP and AQ, and let them intersect PQ at B and C respectively: 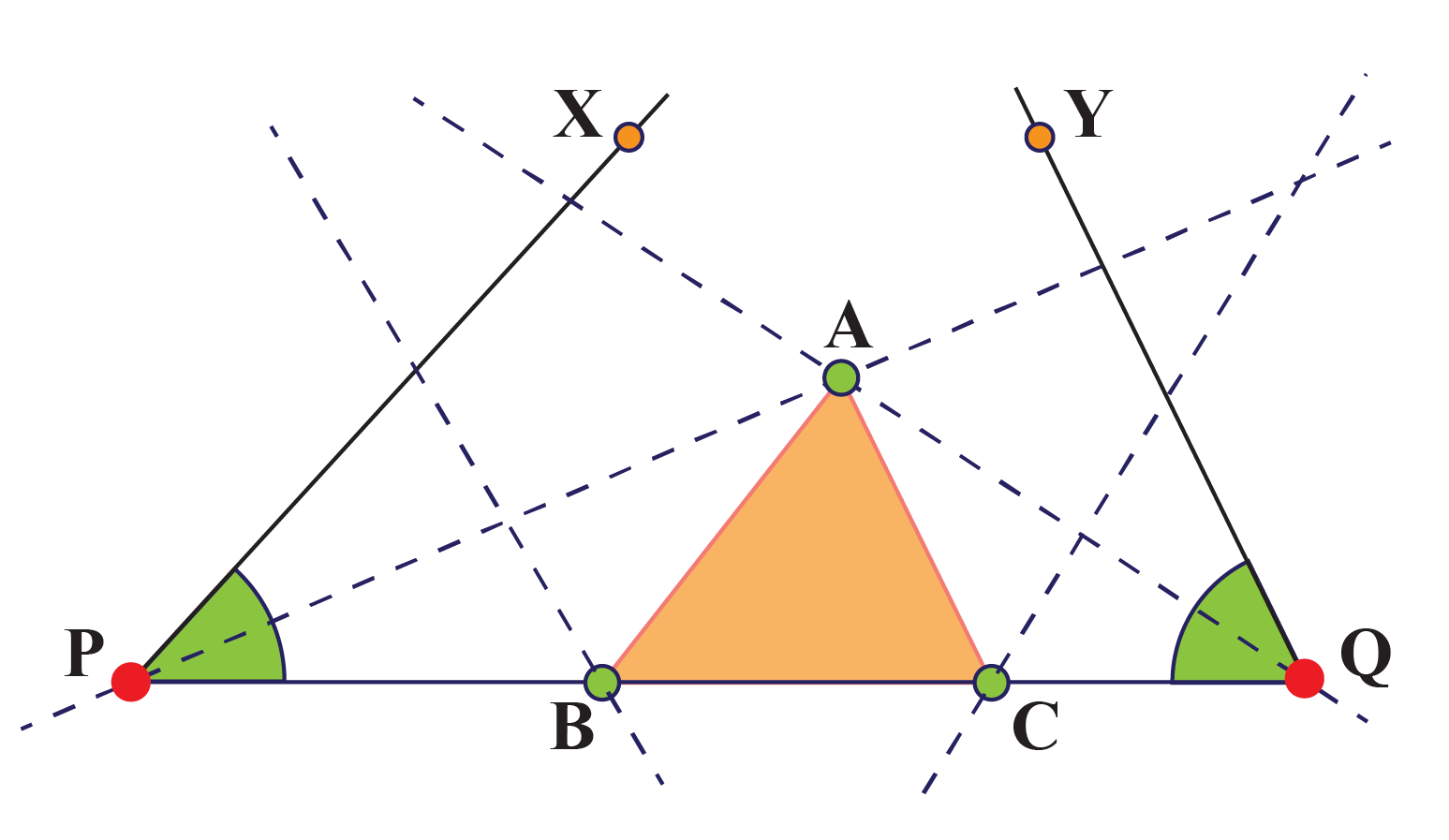 \(\Delta ABC\) is the required triangle. Let us see how:

Mathews told his friend James that he created an obtuse right-angled triangle. James immediately pointed out that it’s not possible. What do you think is the reason?

In a right-angled triangle, one angle is always 90o. And we know that the sum of all angles of a triangle is 180o.

So the claim that Mathews saw an obtuse right-angled triangle is false.

The various steps of the construction are outlined below: 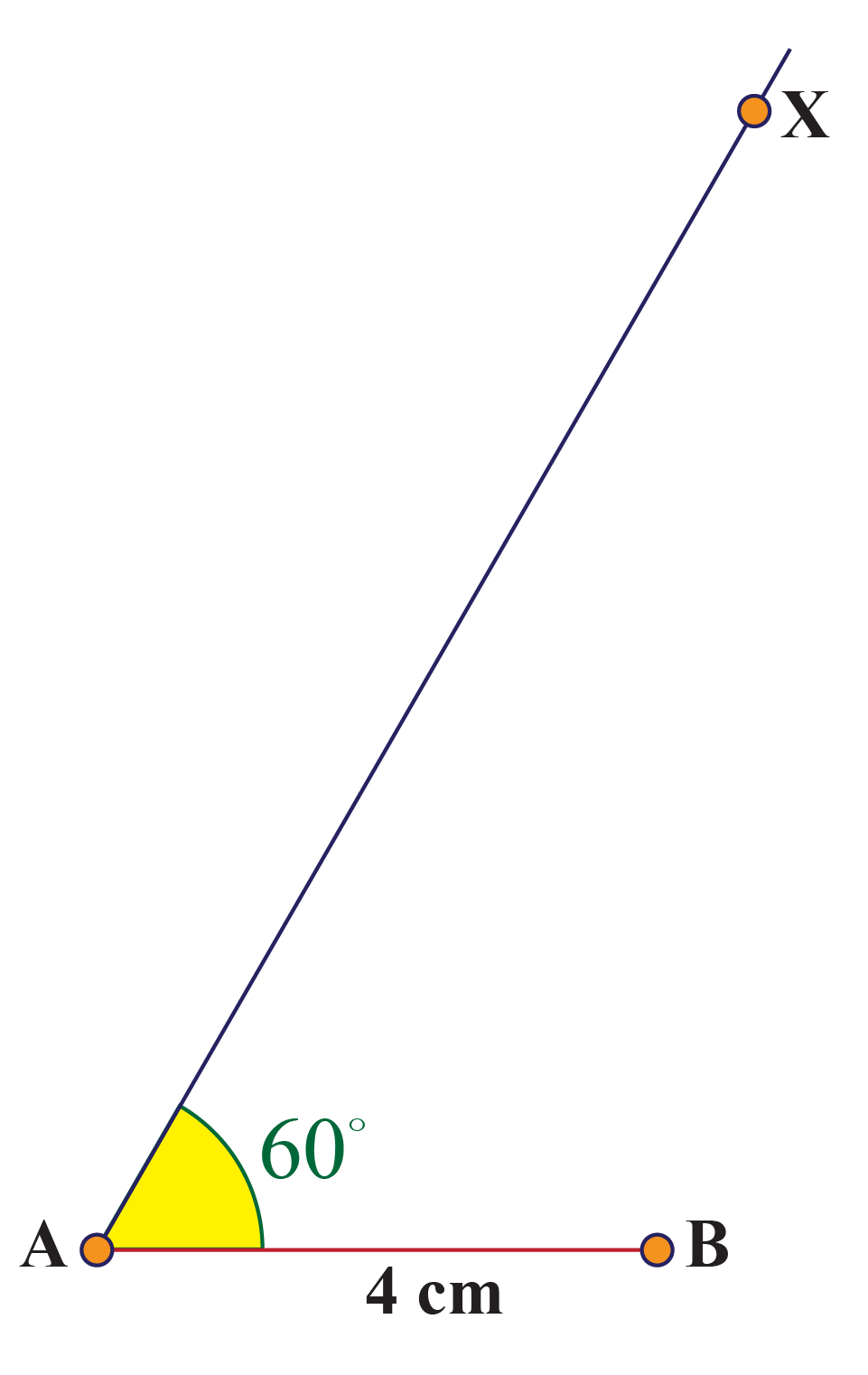 Now, cut off AD = 11 cm on AX, join BD and draw the perpendicular bisector of BD. Let it intersect AX at C: \(\Delta ABC\) is the required triangle. Justify this construction without referring to the earlier proof. 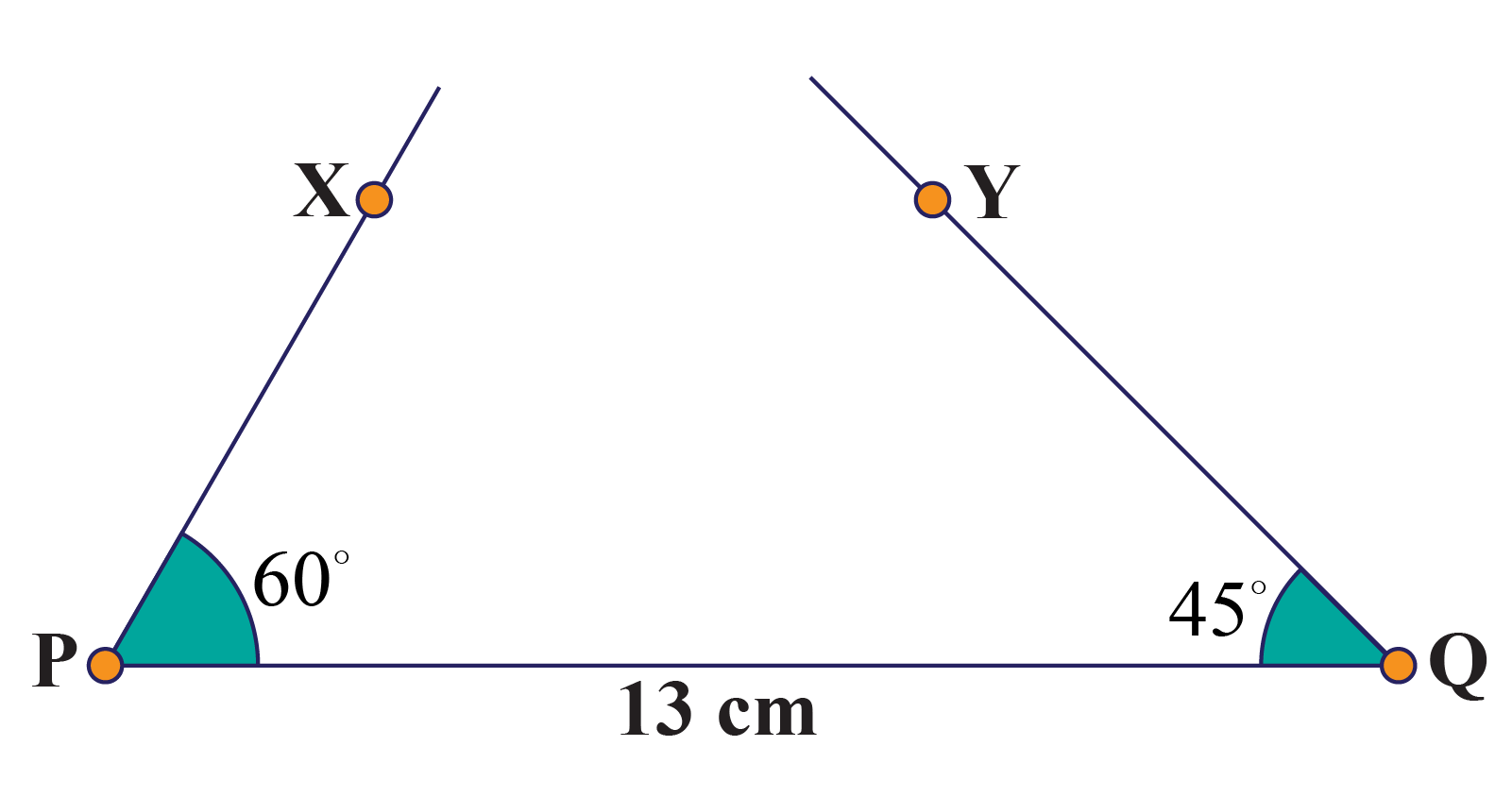 Draw the angle bisectors of these two angles, and denote their point of intersection by A: 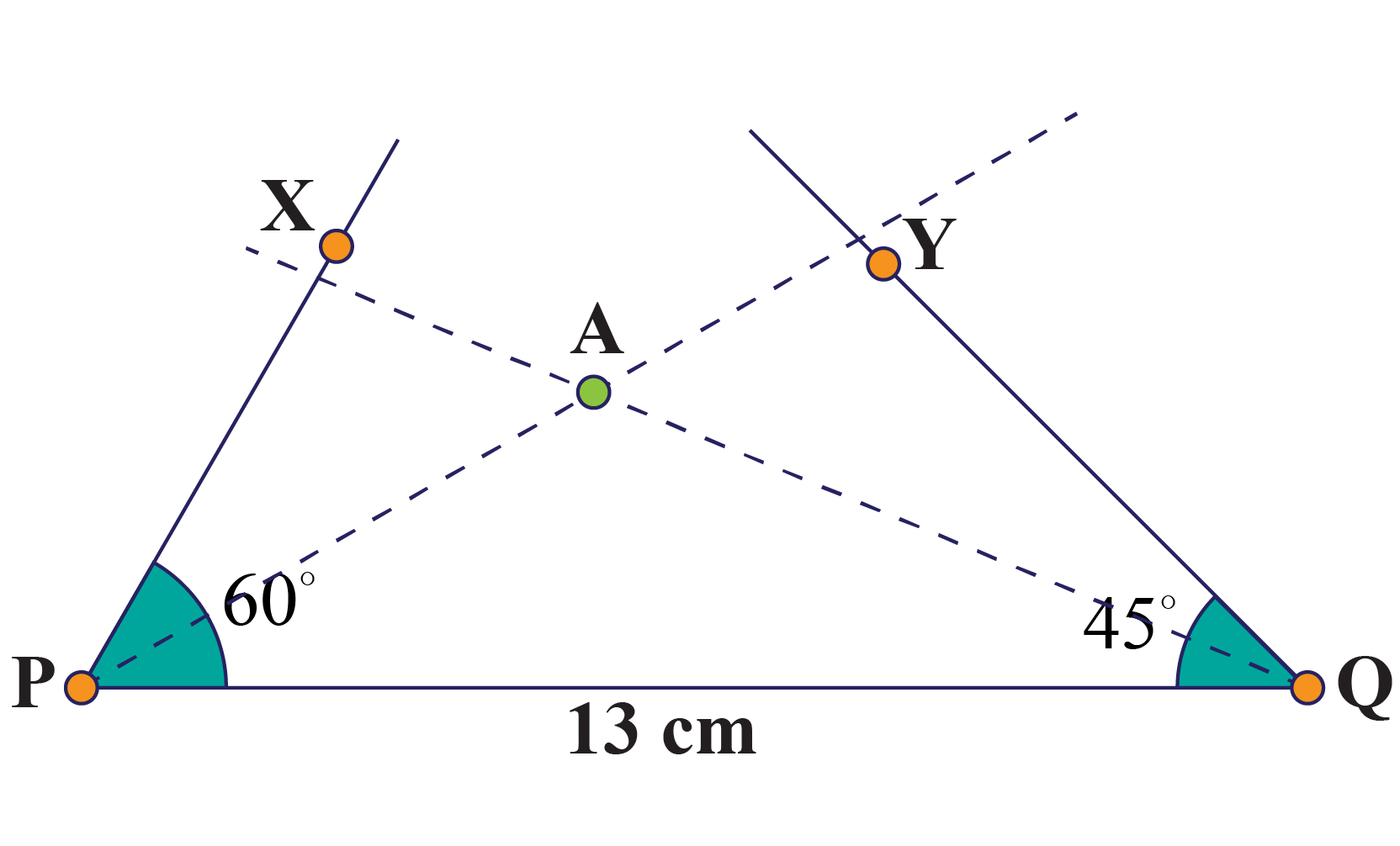 Draw the perpendicular bisectors of AP and AQ, and denote their points of intersection with PQ by B and C: 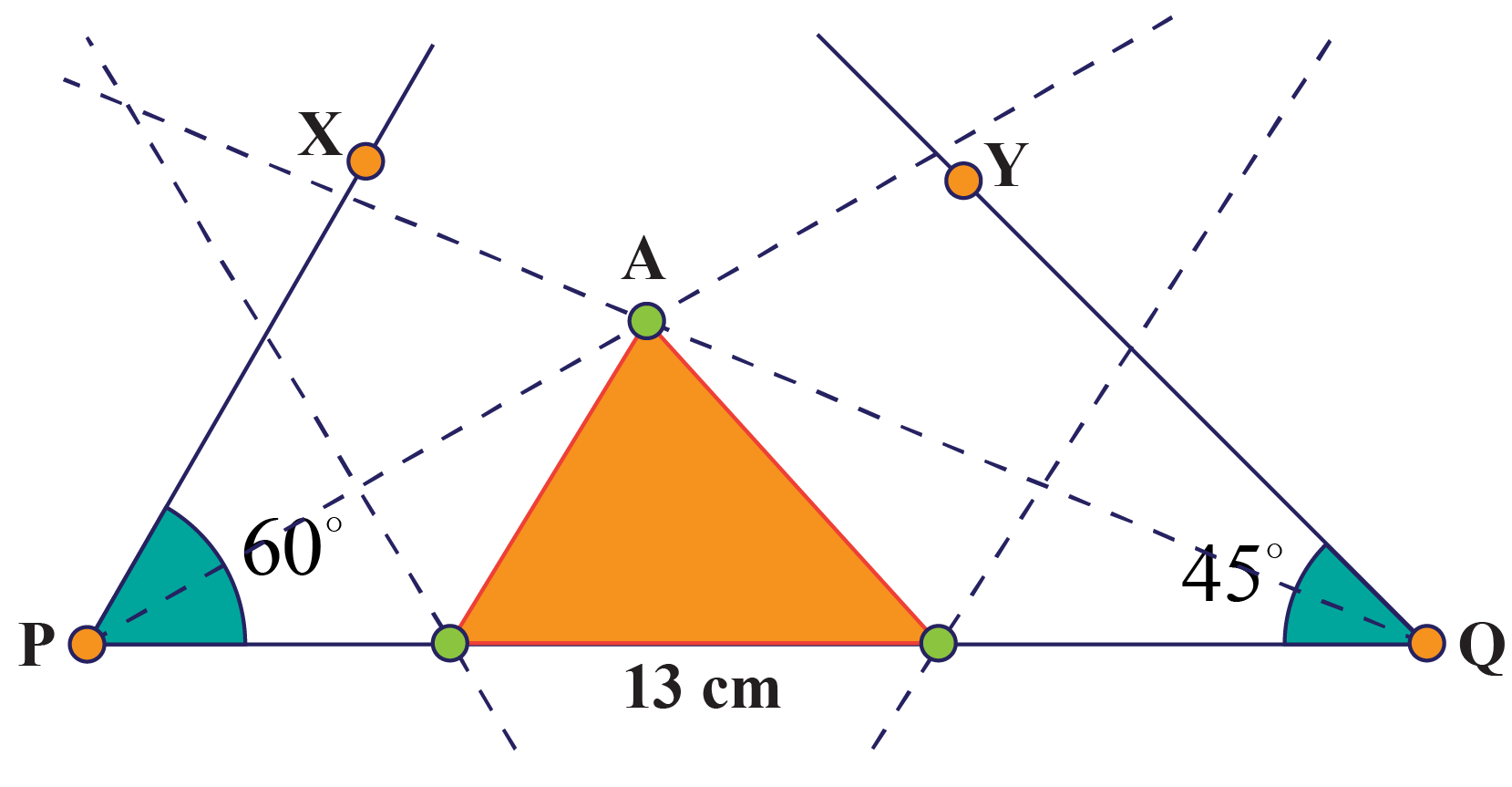 \(\Delta ABC\) is the required triangle.

Can you construct a triangle whose sides are in arithmetic progression with a difference of 6 units and perimeter 72 units?

The mini-lesson targeted the fascinating concept of the Construction of a Triangle. The math journey around the Construction of a Triangle starts with what a student already knows, and goes on to creatively crafting a fresh concept in the young minds. Done in a way that is not only relatable and easy to grasp but will also stay with them forever. Here lies the magic with Cuemath.

How do you construct a triangle accurately?

How do you draw a triangle step by step?

We can use a ruler, a compass, and a pencil, to properly draw a triangle starting from its base, then drawing the other 2 of its side, with the specified angles.

What are the types of triangles?

The triangles can be classified on different bases.

Based on lengths of sides there are – equilateral, isosceles, and scalene
Based on angles there are – acute-angled, right-angled, and obtuse-angled.

What are the angles of a triangle?

Angles of a triangle are formed when 2 sides of a triangle touch each other. Angles can be measured in degrees or radians and are an important and unique property of any triangle.

Can we construct a triangle with 3 angles?

Yes, a triangle is constructed only with 3 angles.

Which angles can make a triangle?

Any angles that sum up to 180 degrees can make a triangle.