We have seen that a secant for a circle intersects the circle in two points. Let L be a secant to a circle S which intersects S at A and B. What would happened if A and B were really close to each other? In the following figure, the position of A is fixed, but B is moved and brought closer and closer to A. What happens to the secant L? 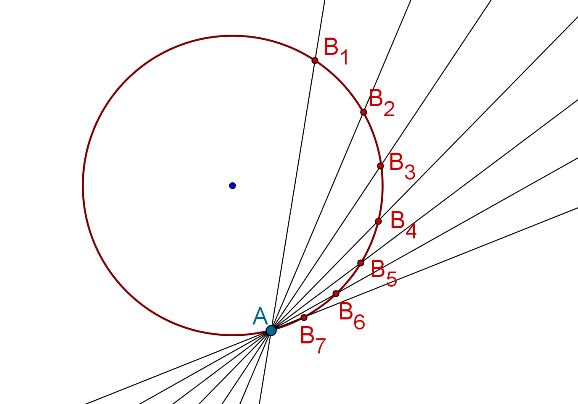 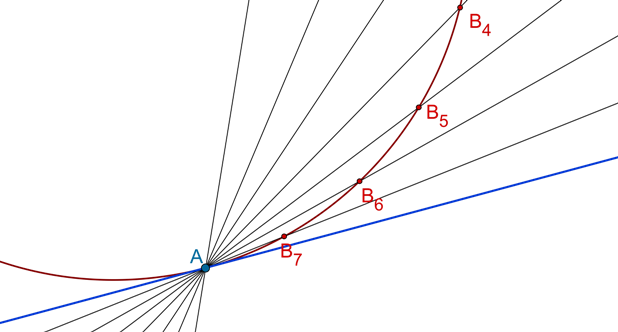 Thus (and this is really important): we can think of a tangent to a circle as a special case of its secant, where the two points of intersection of the secant and the circle coincide. This insight will prove to be really useful when you study the subject of Calculus in higher classes.