Go back to  'Parabola'

For a start (and to make things easier), we assume F to be the point (a, 0) and the line L to be \(L \equiv x + a = 0.\) The origin then lies mid-way between F and L. There’s no loss of generality in doing so since howsoever F and L may lie in the plane, we can always (by a suitable choice of the axes) make the origin of our axes lie half-way between F and L and the y-axis parallel to L.

Observe that since the origin O is equidistant from F and L = 0, it too lies on the parabola. Thus, our parabola will pass through the origin.

To find the equation representing the parabola, we assume the co-ordinates of point P lying on it as (x, y). Thus, 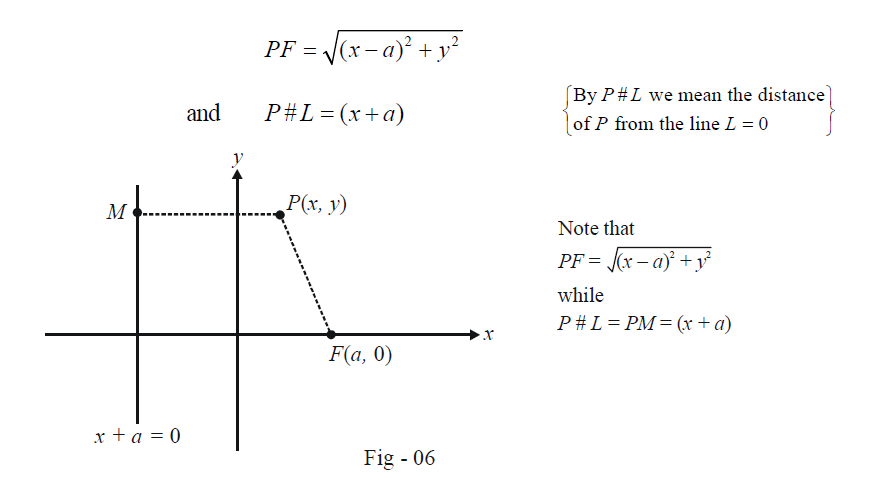 By the definition of a parabola, these two distances must always be equal so that 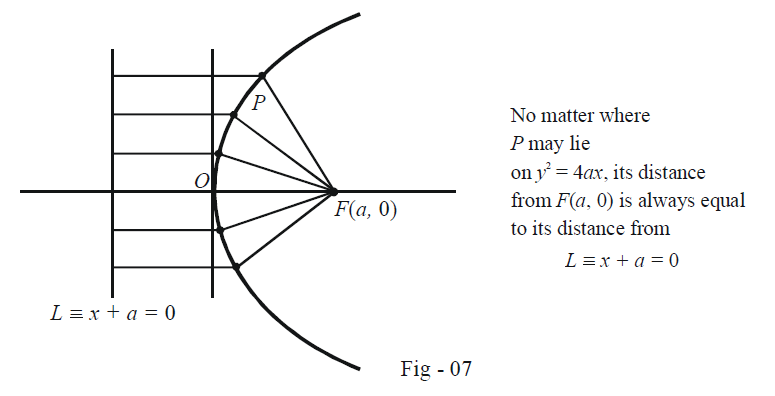 We can also deduce what the curve \({x^2} = 4ay\) will look like; just interchange the role of x and y. The focus and directrix will change accordingly as described in the figure below

In fact, we can now generalise this discussion to a parabola with vertex at V (h, k) and the axis parallel to the x-axis or the y-axis. Note that in these parabolas, the focus lies at a distance of |a| from the vertex along the axis of the parabola : 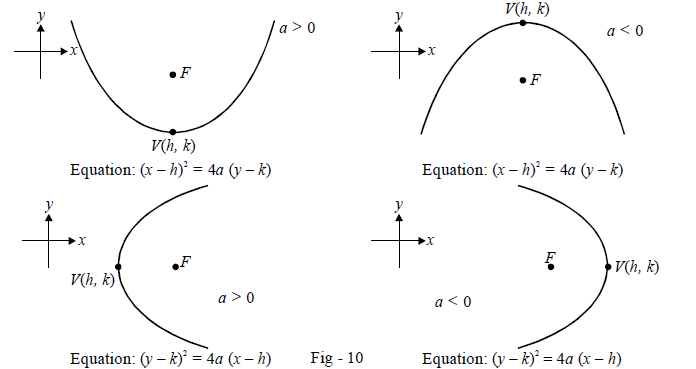 Solution: The given equation can be rearranged as

This represents a parabola with vertex V(2, 2) and opening towards the left (the fourth case above in Fig - 10) because a = –1 (negative).

The following figure shows this parabola: