Go back to  'Complex Numbers'

Plot the region/locus represented by \(z\) if \(z\) satisfies:

Solution: (a) As mentioned earlier, we must look for a  geometrical  interpretations of equations involving complex numbers. This equation, in particular, says that the distance of \(z\) from 1 (you must learn to view every number as a point on the complex plane; for example, 1 is a point which lies on the real axis!) must be equal to the distance of \(z\) from –1, because (d) To solve this part, a little knowledge of co-ordinate geometry would be helpful. The given equation says that the sum of the distances of \(z\) from \( i \) and from \(–i\) must equal 3. \(z\) would therefore trace out an elliptical path in the plane with \(i\) and \(–i\) as its two foci, as shown in the figure below: For those not conversant with co-ordinate geometry, here’s an explanation. Suppose that you fix two pegs at the points \(i\) and \(–i\) and tie a 3-unit long string between the two pegs. Now, with a pen, pull this string to “away” from the pegs so that it becomes taut, and then, keeping the string taut, trace out a complete revolution on the plane with the tip of the pen (the taut string will automatically guide the pen) 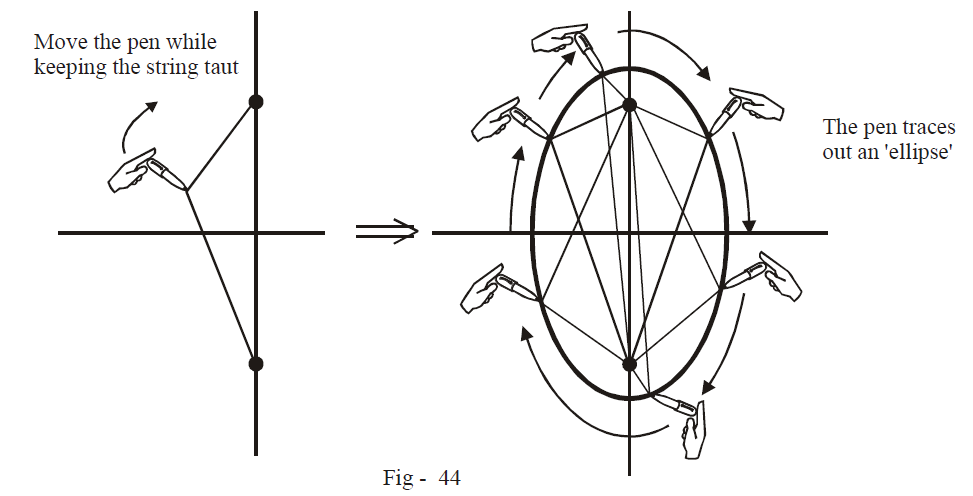 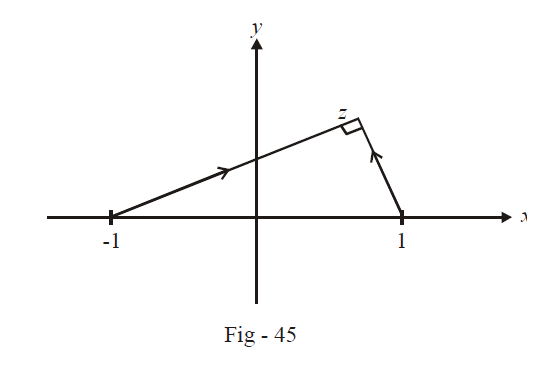 Q. 1 Plot the locus / region represented by \(z\) in the following cases: