Examples On Tangents To Circles Set-3

Solution: To contrast between the various alternatives available to us, we will use all of them here: 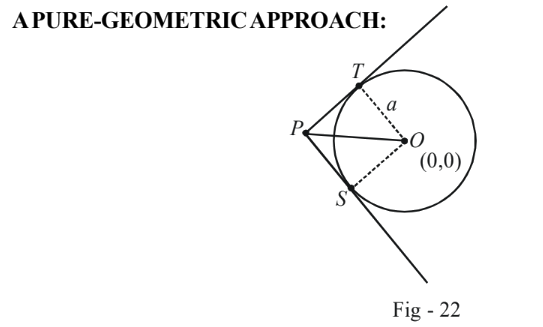 This circle is called the Director circle of the given circle.

A CO-ORDINATE APPROACH - I

If this line passes through \(P(h,k),\) the co-ordinates of \(P\) must satisfy this equation:

If this question were to be encountered in an exam, the pure-geometric approach would certainly turn out to be the fastest !

Solution: Let us again attempt this question using both a pure-geometric and a co-ordinate approach. 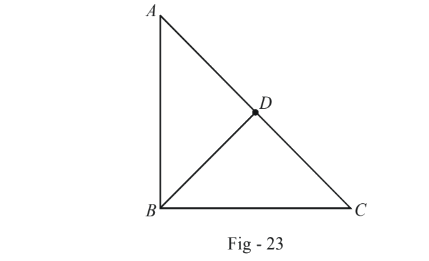 This can be proved using simple geometry

We will put this theorem to use in the current example. 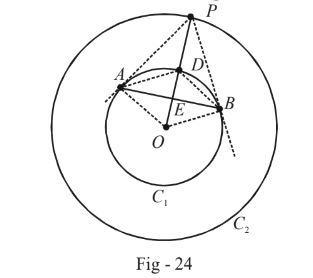 The descriptive nature of the pure-geometric solution just provided might make it appear to be very long but actually only a few simple elementary geometry facts have been used.

There’s no loss of generality in assuming that the two circles are centred at the origin. Thus, we can write their equations as

Since now you are in a good position to compare the two approaches, which one could you have rather chosen for this question, the pure-geometric one or the co-ordinate one!

Solution: Convince yourself that such a chord will be unique, since it must be perpendicular to the line joining the origin to \(P({x_1},{y_1}),\) as is clear from the figure below:

To make this equation look “better”, we subtract \({a^2}\) from both sides

so that it can now be  written concisely as

Of course, this is easily generalised to the case when the equation of the circle is in the general form \({x^2} + {y^2} + 2gx + 2fy + c = 0;\) the result obtained is the same. The next example discusses a good application of this concept.