In this section, we will discuss graphs and graph-plotting in more detail. Detailed graph plotting also requires a knowledge of derivatives. Here, we will be discussing some general issues related to graphs. Graphs will be discussed again later in the section on differential calculus.

Lets formalise all that discussion here. Given the graph of \(y = f (x),\) how will you draw the graphs of

This part is the easiest. We just flip the graph about the \(x\text{-axis}\) so that positive values become negative and negative become positive. 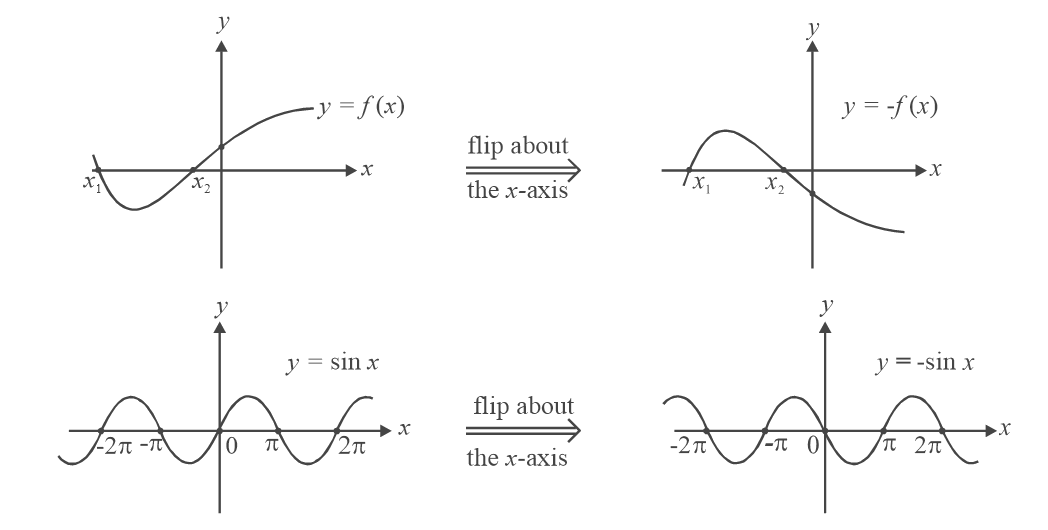 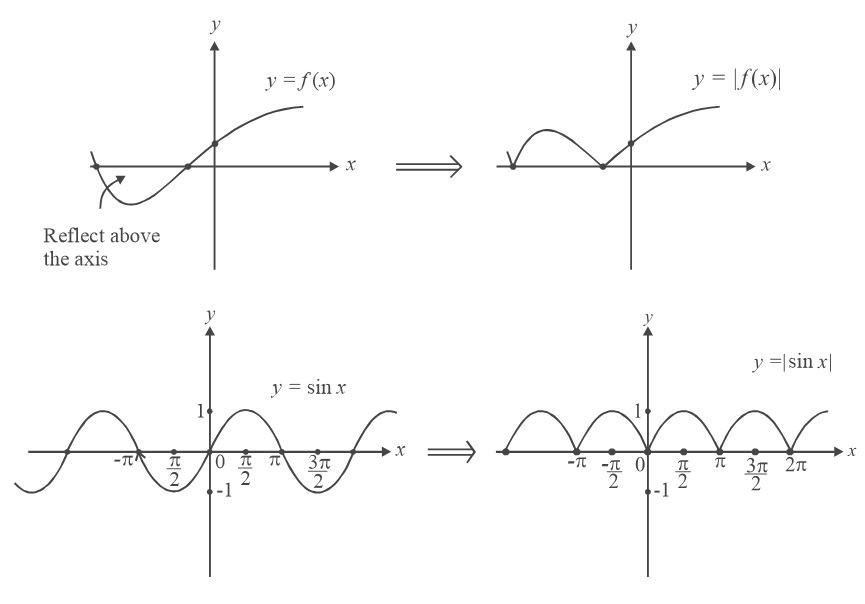 Consider the equation \(\,y = f\left( {\left| x \right|} \right)\)  carefully. In this equation, the input to \(f\) is only positive. (Even if you input negative values for \(x,\) the modulus function reduces it to a positive value.

Also, we see that the input \((x)\) and \((–x)\) give the same output. How should we obtain the graph? In the graph of \(y = f (x),\) first discard the part that lies to the left of the \(y\text{-axis.}\) This part of the graph has no use now since the input to \(f\) (argument of \(f,\) or the independent variable) takes only positive values. After discarding this left part, take the reflection of the right side of the graph into the left side. (Because the output of \(f\) is same, whether the input is \(x\) or \(–x.\)) The examples below will make it clear: