What are Countable Sets?

Countable sets are those sets that have their cardinality the same as that of a subset of Natural Numbers.

A countable set can either be a finite set as we can count the number of elements in a finite set or countably infinite set which we will learn further ahead.

A countable set is either a finite set or a countably infinite set. Whether finite or infinite, the elements of a countable set can always be counted one at a time and—although the counting may never finish—every element of the set is associated with a unique natural number.

Georg Cantor introduced the term countable set, contrasting sets that are countable with those that are uncountable.

Countable and uncountable terms have often posed as the most confusing terms and have also led to many paradoxes. We will try to understand a famous one: Hilbert’s Paradox of the Grand Hotel.

Hilbert's paradox of the Grand Hotel is a mathematical paradox named after the German mathematician David Hilbert. Hilbert used it as an example to show how infinity does not act in the same way as regular numbers do.

Normal hotels have a set number of rooms. This number is finite. Once every room has been assigned to a guest, any new guest that wants a room and does not have one yet cannot be served - in other words, the hotel is fully booked.

Now suppose that there is a hotel that has an infinite number of rooms. As a convenience, the rooms have numbers, the first room has the number 1, the second has number 2, and so on.

If all the rooms are filled, it might appear that no more guests can be taken in, as in a hotel with a finite number of rooms. This is wrong, though. A room can be provided for another guest.

After all guests have moved, room 1 is empty, and the new guest now has room to occupy.

This shows how we can find a room for a new guest even if the hotel is already full, something that could not happen in any hotel with a finite number of rooms.

Countable sets are those sets that have their cardinality the same as that of a subset of Natural Numbers. Here is a downloadable PDF to explore more.

By repeating this procedure, it is possible to make room for any finite number of new guests.

For starters, we’ll move the infinite set of guests currently in the hotel from their current room numbers (i.e. the natural numbers) to powers of the first prime number, 2. 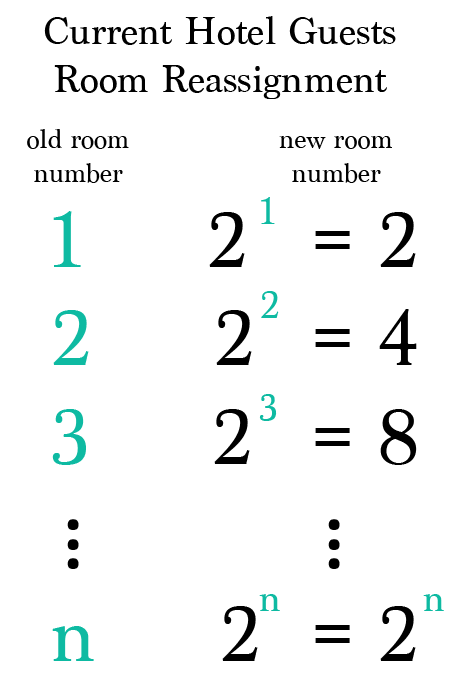 Then we’ll take the guests from the first bus and assign them to powers of the next prime number, which is 3, using their seat numbers as the powers. 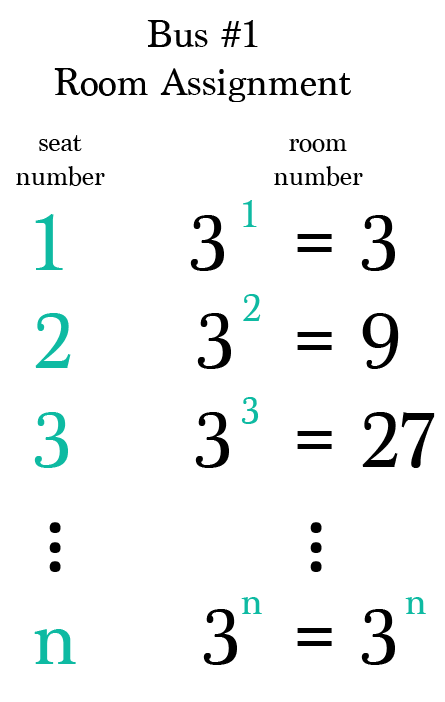 We’ll continue this pattern using the next prime number as the base for the next bus. 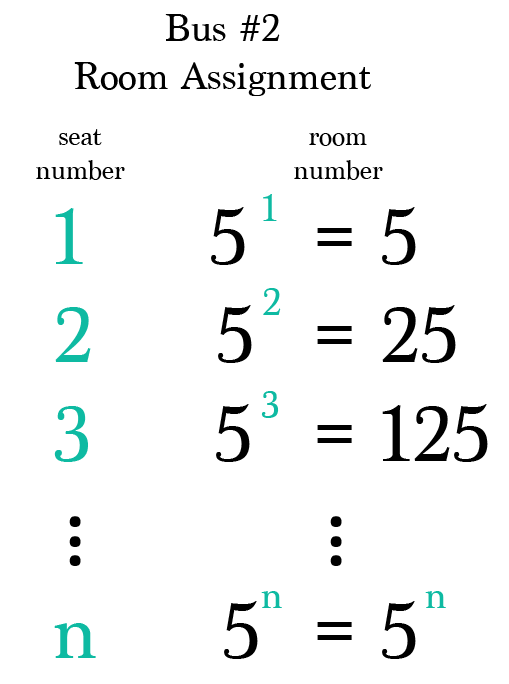 Because we have an infinite set of prime numbers, theoretically we can continue using the next prime as the base for each of the countably infinite busses. And since raising the prime number to a new power produces a brand new room number, we can locate rooms for the infinite guests on each bus.

Further Links of blogs and videos that one should refer for better understanding of Infinity and this paradox:

Given that the concept of countability and cardinality is bit complex and not easy to understand in one go, we will try to explain it by taking various examples:

What is a countable set?

A countable set is a set of numbers that can have a one to one mapping with the set of natural numbers i.e. are either finite or countably infinite.

What is an countable set?

An uncountable set is a set of numbers that don’t have a one to one mapping with the set of natural numbers i.e. they consists of infinite numbers.

What are a few known examples of a countable set?

Examples of countable set include:

What are a few known examples of an uncountable set?

Examples of uncountable set include: