The number e popularly known as Euler’s number is a significant mathematical constant approximately equal to 2.718281828. Although it was discovered many years ago, its impact in the modern era is an inevitable factor. It is quite interesting to learn about Euler’s number. 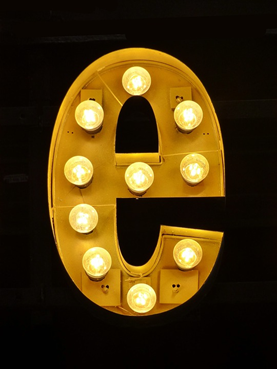 The number e is the base of the natural logarithm. The value of e is found in many mathematical formulas such as those describing a non-linear increase or decrease of certain constants.

It is defined as

e is an irrational number, so the decimal number does not terminate, and it goes on.

Euler used the mathematical constant 'a' in his derivation and so it is not possible to use the letter again, hence he used the next vowel 'e' which became popular as Euler's number with the first letter "e". 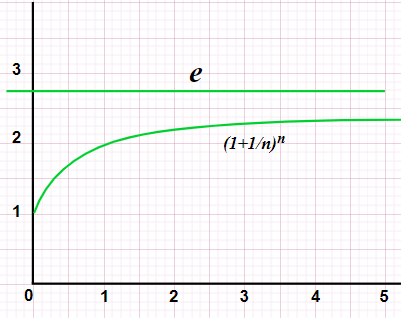 The letter e in Mathematics so-called Euler's number or constant is commonly used as a natural base for logarithmic and exponential series.

The series in the Euler's number consists of the decimal number and it is a non-responding and non-terminating series.

One of the unique properties of e is that it helps in simplifying many mathematical equations and constants.

Suppose you deposit an amount, say, for example, Rs. 10000 every month. If the interest increases every six months, it is calculated with the help of 'e'. Here compound interest plays a significant role.

Role of Euler’s constant in chemistry

It is quite interesting to know that Euler’s constant is used in fine arts, whether you believe it or not Euler's number has a significant impact on the music industry.

To tell the musicians about the tones, notes are used on the musical scale. Euler’s Number is instrumental in explaining the high pitch, low pitch, and medium variation.

Here the ratio of keys is integrated with that of the musical note. Economics is a critical factor that affects every country. Although it may look like a single term, Euler's number substantially impacts calculations of a country’s development, that is in economics, the inflation rate, GDP of a country, or a particular individual.

Many Mathematicians recognized that Euler’s invariant possesses a wealth of exciting and non-trivial mathematical properties in the real life.

Euler's number is used to deal with the banking and life insurance field, to examine a country’s population after a certain period.

To find the population of extinct species such as passenger pigeon, Dodo, Pyrenean ibex can be calculated with the help of Euler’s constant.

As the number has no end, it flows like a river. The concept of Euler's theorem and its application also comes under the never-ending category, the above description is just a brief review to know basic things about Euler's number. Many researchers and analyses are going on to date to know the true values and applications in real life and it is inexplicable in nature. Further study on this concept helps the reader to know further.

The population of a certain city is given. As the number of years varies as the Euler’s constant also varies, which is given in the following table.

Is Euler’s number a whole number?

No, it is an irrational number and the value is a never-ending process.

Cell division in microbiology and dealing compound interest in the banking sector.

Does Euler's number have any impact on a further mathematical study?

Of course, many mathematicians are working on it and it has a huge impact on the mathematical background.

Does the value Euler’s constant change while varying n?

Yes, the value of Euler's number increases or decreases based on n.

What is the value of e?

What is Euler’s Number?

Euler’s number is a mathematical constant used as the base of the natural logarithm.