The Number System is the system of  representing numbers. The various types of Number Systems used in Maths and other applications are binary, decimal, octal, hexadecimal, etc. This article would like to cover the Number System’s entire concepts with their types, conversions, and some practice questions. 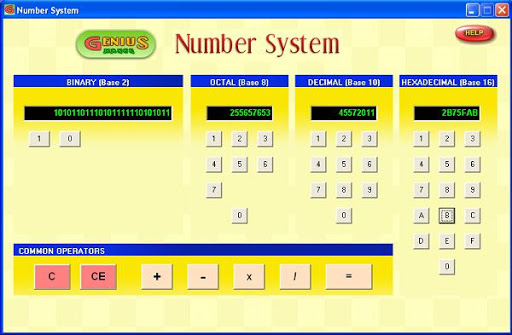 What is the Number System?

A Number System is defined as a system of writing to express numbers that can be easily understood by the person it was intended for. It is the mathematical notation for representing numbers of a given set by using various other digits along with other symbols in a predefined structured manner. It hence proves to provide a unique representation for every number and represents the arithmetic and algebraic structure of the figures, thereby allowing us to operate arithmetic operations like addition, subtraction, multiplication, and division.

The value of any digit in a number can be determined by:

There are various types of number systems in mathematics and computer science. The four most common number system types are:

Every position shows a particular power of the base (10). For example, the decimal number 1547 consists of the digit 7 in the units position, 4 in the tens place, 5 in the hundreds position, and 1 in the thousands place whose value can be written as

The Base-2 number system is also famously known as the Binary Number System wherein only two binary digits exist, i.e., 0 and 1. The figures described under this system are known as binary numbers, which are the combination of 0 and 1. For example, 110110 is a binary number.

We can convert any system into binary and vice versa. 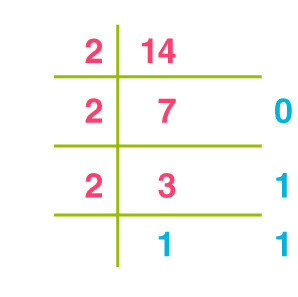 In the Octal Number System, the base is 8 as it uses numbers from 0 to 7 to represent all numbers used in Mathematics. Octal numbers are also commonly encountered in computer applications.

In the hexadecimal system, numbers are represented with base 16 i.e. using the digits 0 to 9 and alphabets A to F. The below-given table shows the representation of numbers in the Hexadecimal Number System

The relations between them are:

Comparing the two numeral systems we observe that:

As per the Indian numeral system, the first comma is placed after the hundreds place post, which they then placed after every two digits. E.g., 9,87,65,43,210

As per the international numeral system, the first comma is placed after the hundreds place, post which they are placed after every three digits. E.g., 9,876,543,210

Decimal numbers can be converted to binary by repeated division of the number by 2 while recording the remainder. Let’s take an example to see how this happens.

The remainders are to be read from bottom to top to obtain the binary equivalent.

Decimal numbers can be converted to octal by repeated division of the number by 8 while recording the remainder. Let’s take an example to see how this happens.

Reading the remainders from bottom to top,

Decimal numbers can be converted to octal by repeated division of the number by 16 while recording the remainder. Let’s take an example to see how this happens.

Reading the remainders from bottom to top we get,

To convert a binary number to octal number, these steps are followed −Binary to Octal and Vice Versa

Let’s take an example to understand this. 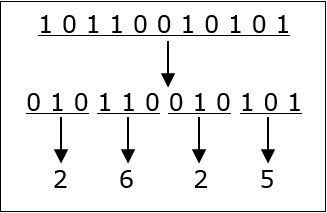 To convert an octal number to binary, each octal digit is converted its 3-bit binary equivalent according to this table.

To convert a Binary number to a Hexadecimal number, steps that need to be followed −

Let’s take an example to understand this. 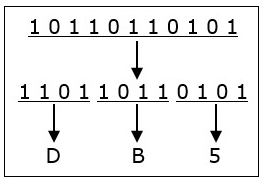 To convert an octal number to binary, each octal digit is converted to its 3-bit binary equivalent.

Look at some important Roman Numbers and how they are represented in Hindu Arabic Numerical System: 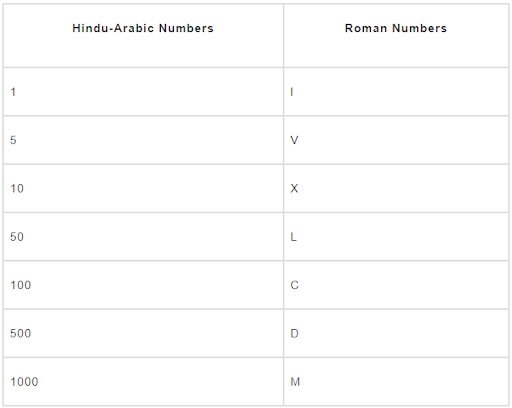 Number Systems in Computers and Math

In Computers, we use binary systems with base 2 as Computers understand the binary language of 0’s and 1’s. In Maths, we use different types of numbers System like decimal, binary, octal, and hexadecimal.

So here we come to the end of this article; almost everything about the Number System and its Conversion and different types of Number System is taken care of. We hope you all got the relevant information; please place your valuable feedback and likes.

One hex digit is sometimes referred to as a(n):

The hexadecimal equivalent of (170)10

The decimal equivalent of (LM17) is given by

The two digits hexadecimal number which has the largest value is ___, which corresponds to _____

If the decimal number is a fraction, then its binary equivalent is obtained by ________ the number continuously by 2.