The noted code-breaking war hero, presently thought-about the father of computing and AI (artificial intelligence), was criminally convicted and harshly treated under the U.K.’s prejudice laws. 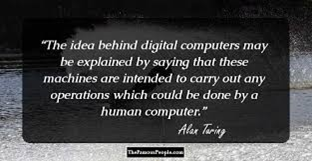 “A computer would deserve to be called intelligent if it could deceive a human into believing that it was human."

Who Was Alan Turing? 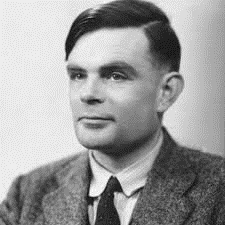 Alan Turing was an extremely brilliant British Mathematician who played a leading role in breaking Nazi ciphers throughout World War II. In his seminal 1936 paper, he stated that there cannot exist any universal algorithmic methodology of confirming the truth in Mathematics. His work is acknowledged widely as a foundational analysis of computing and AI.

English scientist Turing Alan was born Alan Mathison Turing on 23rd June 1912, in Maida Vale, London, England. At a young age itself, he displayed signs of high intelligence, the kind that his teachers recognized but did not respect. Once Alan attended the well-known Independent Sherborne school of education at the age of 13, he became highly interested in science and math.

After Sherborne school of education, Alan went to King's College (University of Cambridge) in Cambridge, England, learning there from 1931 to 1934. As a result of his thesis dissertation, he tested the central limit theorem, the man of science was elected a fellow upon his graduation.

In 1936, Alan delivered a paper, “On determinable numbers, an application to the Entscheidungsproblem (Decision Problem)” in which he gave the notion of a universal machine, later mentioned as the “Universal Turing Machine”. This notion that such a machine can exist that can perform any computation if described as a form of an algorithm is indeed the framework for modern computers. The Turing machine described was capable of computing all computable things: it is thought about as the precursor to the modern laptop.

Over the future two years, Alan studied mathematics and cryptology at the Institute for Advanced Study in Princeton, New Jersey. After receiving his Ph.D. from Princeton in 1938, he returned to Cambridge and then took a part-time position with the Government Code and Cypher School, a British code-breaking organization.

During war II, Alan was a leading participant in wartime code-breaking, notably that of German ciphers. He worked at Bletchley Park, the GCCS wartime station, where he made five advances in the field of cryptography. At Bletchley Park, Turing built an electromechanical machine, the bombe, that could help break Enigma more effectively than the Polish bomba kryptologiczna, from which its name was derived.

The bombe searched for possible correct settings used for an Enigma message (i.e. rotor order, rotor settings and plugboard settings), using a suitable crib: a fragment of probable plaintext. For each possible setting of the rotors, which had of the order of 1019 states, or 1022 for the four-rotor U-boat variant, the bombe performed a chain of logical deductions based on the crib, implemented electrically. It detected when a contradiction had occurred, and ruled out that setting, moving on to the next. A brute force search of such a large space was not practical. According to the movie, a breakthrough came when they realized that the Germans sent out a weather report each day at 6AM that ended with the phrase Heil Hitler.

Alan's contributions to the code-breaking methodology did not simply stop there. He wrote two papers regarding mathematical approaches to code-breaking that became an asset to the Code and Cypher School. The GCHQ in fact waited until April 2012 to release them to the National Archives of the United Kingdom.

Turing moved to London in the mid-1940s and began working for the National Physical Laboratory. Among his most notable contributions while working at the facility, Turing led the design work for the Automatic Computing Engine and ultimately created a groundbreaking blueprint for store-program computers. Though a complete version of the ACE was never built, its concept has been used as a model by tech corporations worldwide for several years, influencing the design of the English Electric DEUCE and the American Bendix G-15 — credited by many in the tech industry as the world’s first personal computer — among other computer models.

Turing went on to hold high-ranking positions in the mathematics department and later the computing laboratory at the University of Manchester in the late 1940s. He first addressed the issue of artificial intelligence in his 1950 paper, "Computing machinery and intelligence," and proposed an experiment known as the “Turing Test” — an effort to create an intelligence design standard for the tech industry. Over the past several decades, the test has significantly influenced debates over artificial intelligence.

Homosexuality was illegal in the United Kingdom in the early 1950s, so when Turing admitted to police, called to his house after a January 1952 break-in, that he'd had a sexual relationship with the perpetrator, 19-year-old Arnold Murray, he was charged with gross indecency. Following his arrest, Turing was forced to choose between temporary probation on the condition that he receive hormonal treatment for libido reduction, or imprisonment. He chose the former, and soon underwent chemical castration through injections of a synthetic estrogen hormone for a year, which eventually rendered him impotent.

As a result of his conviction, Turing's security clearance was removed and he was barred from continuing his work with cryptography at the GCCS, which had become the GCHQ in 1946.

Turing died on June 7, 1954. Following a postmortem exam, it was determined that the cause of death was cyanide poisoning. The remains of an apple were found next to the body, though no apple parts were found in his stomach. The autopsy reported that "four ounces of fluid which smelled strongly of bitter almonds, as does a solution of cyanide" was found in the stomach. Trace smell of bitter almonds was also reported in vital organs. The autopsy concluded that the cause of death was asphyxia due to cyanide poisoning and ruled a suicide.

In a June 2012 BBC article, philosophy professor and Turing expert Jack Copeland argued that Turing's death may have been an accident: The apple was never tested for cyanide, nothing in the accounts of Turing's last days suggested he was suicidal and Turing had cyanide in his house for chemical experiments he conducted in his spare room.

Shortly after World War II, Turing was awarded an Order of the British Empire for his work. For what would have been his 86th birthday, Turing biographer Andrew Hodges unveiled an official English Heritage blue plaque at his childhood home. He was also elected a Fellow of the Royal Society (FRS) in 1951.

In June 2007, a life-size statue of Turing was unveiled at Bletchley Park, in Buckinghamshire, England. A bronze statue of Turing was unveiled at the University of Surrey on October 28, 2004, to mark the 50th anniversary of his death. Additionally, the Princeton University Alumni Weekly named Turing the second most significant alumnus in the history of the school — James Madison held the No. 1 position.

Turing was honored in a number of other ways, particularly in the city of Manchester, where he worked toward the end of his life. In 1999, Time magazine named him one of its "100 Most Important People of the 20th century," saying, "The fact remains that everyone who taps at a keyboard, opening a spreadsheet or a word-processing program, is working on an incarnation of a Turing machine." Turing was also ranked 21st on the BBC nationwide poll of the "100 Greatest Britons" in 2002. By and large, Turing has been recognized for his impact on computer science, with many crediting him as the "founder" of the field.

In 2013, Queen Elizabeth II posthumously granted Turing a rare royal pardon almost 60 years after he committed suicide. Three years later, on October 20, 2016, the British government announced “Turing’s Law” to posthumously pardon thousands of gay and bisexual men who were convicted for homosexual acts when it was considered a crime. According to a statement issued by Justice Minister Sam Gyimah, the law also automatically pardons living people who were “convicted of historical sexual offenses who would be innocent of any crime today.

In July 2019, the Bank of England announced that Turing would appear on the UK's new £50 note, along with images of his work. The famed scientist was chosen from a list of nearly 1,000 candidates nominated by the general public, including theoretical physicist Stephen Hawking and mathematician Ada Lovelace.

To mark the 100th anniversary of Turing's birth, the Turing Centenary Advisory Committee (TCAC) co-ordinated the Alan Turing Year, a year-long programme of events around the world honouring Turing's life and achievements. The TCAC, chaired by S. Barry Cooper with Turing's nephew Sir John Dermot Turing acting as Honorary President, worked with the University of Manchester faculty members and a broad spectrum of people from Cambridge University and Bletchley Park.

The Alan Turing Year, 2012, marked the celebration of the life and scientific influence of Alan Turing during the centenary of his birth on 23 June 1912. Turing had an important influence on computing, computer science, artificial intelligence, developmental biology, and the mathematical theory of computability and made important contributions to code-breaking during the Second World War. The Alan Turing Centenary Advisory committee (TCAC) was originally set up by Professor Barry Cooper The Imitation Game is a 2014 historical drama film directed by Morten Tyldum and written by Graham Moore, based on the 1983 biography Alan Turing: The Enigma by Andrew Hodges. The title of the film quotes the name of the game Alan Turing proposed for answering the question "Can machines think?". The Imitation Game serves as an eminently well-made entry in the 'prestige biopic' genre.

The Imitation Game (IG) is a great movie which has brought a lot of attention to Alan Turing but if you like it, you should also watch the 2013 film Codebreaker (CB) which talks about the paper that we talked about in this article which is considered the framework for modern computers.

The achievements listed above do not exhaust all the extraordinary things Turing did in his 41 years. Imitation Game portrays him as an overbearing individual who could not understand other people’s feelings. Today we would say he was on the autism spectrum. Codebreaker tells the story of a brilliant man who just happened to be gay. It is believed that cracking the Enigma Code shortened the war by two years and SAVED 14 MILLION LIVES.

For more on Turing you could buy the book Alan Turing: The Enigma written by Andrew Hodges and Douglas Hofstadter or visit www.turing.ord.uk/, maintained by Hodges.