Calculus is all about changes

The word calculus is come from a Latin word, meaning originally "small pebble”

Calculus is also known as “ infinitesimals.

In mathematics, calculus represents courses of elementary and analysis which are mainly devoted to the study of function limits.

This essentially is the calculus vocabulary including calculus terminology and calculus math symbols.

In this blog we have listed the calculus terms which are important with a brief description. To know more about any calculus term, you can click on it to get an in depth understanding.

The category is concerned with the calculus terms involved in topics under calculus like limits, integration, differentiation, etc.

Calculus is a method using math to study changes in a system. Calculus is a path of measuring morals and ethics, like choosing the lesser of two evils.

Once in a time an apple bonked him on the head, Newton used calculus to fine-tune his Law of Gravity. Don’t break the law.

Calculus played an important role In Medical fields calculus is a hard, crusty mass like a kidney stone; or tartar on a tooth. Calculus means it refers to the "small pebble used for counting."

So here are the calculus terms with links for their proper understanding.

Acceleration is also known as an increment in the rate of change.

The measurement of a two-dimensional surface within a closed boundary is called the area.

Area under the curve Asymptote refers to the straight line that gets very close but never touches the curve. It gives the limiting value of the curve. An asymptote is sometimes called a tangent. Calculus is a way of using math to study changes in a system and deals with limits, differentiation, and integration of functions.

The chain rule is used for finding the derivative of a composition of functions or multiple functions.

Since in general most of the used functions are compositions of multiple others this is very useful to us.

Continuity means uninterrupted. So, if there are not any breaks and everything goes on continuously, then there's continuity.

Taking the function f which is continuous at x = a, then the value of f ( x )is equal to the value coming from the limit as x → a.

Definite integral is the integral of a function over actual defined limits or intervals.

The derivative of a function f is a function that measures the rate of change of the y-values of f with respect to change in the x-value. Another notation for the derivative is dy/dx. The process of obtaining the derivative of a function.

If you see a differentiation between one brand of toothpaste and another, and you notice that, point out how they're distinct.

Discontinuous is not continuing without interruption in time or space

Equation is a mathematical statement where both sides of the equal signs are equal quantities.

Exponential function is a function that an independent variable appears as an exponent. And in mathematical form relation such that each element of a given set is associated with an element of another set.

The Extremum value is the point located farthest from the middle of something.

We can say that the first derivative is the result of differentiation the instant change of one quantity relative to another; df (x) / dx

A function is the one word that gets used a lot and means lots of different things. A mathematical relation associating elements between sets.

When we say a limit =∞, technically the limit doesn't exist. 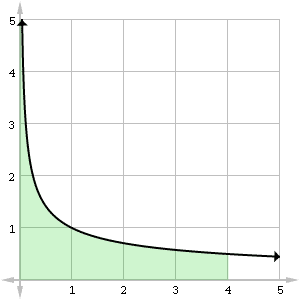 One of the important applications of the integral is in determining the area under or between curves.

Integrate is calculating a summative operation in calculus. To integrate is to be part of something as a whole.

The word differentiate, means "set apart." Integrate is its opposite in the integration, an operation determining the area bounded by a function.

The limit of a function y = f (x) is similar to the extreme trend of the values of f (near x = a).
The limit represents,

, stands for the phrase: “The values of getting closer and closer to y = L as the x-values approach a.” Linearity is the property of having one dimension. They also tend to combine astounding logistical complexity with remarkable conceptual simplicity.

The logarithm number is equal to the exponent on a given base that would give that number.

The magnitude is the value or dimensions or distance from a reference point like origin.

Example :- Earthquakes have great magnitude in that they are powerful 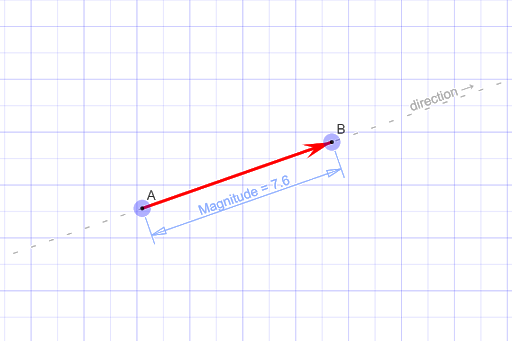 The highest point on the curve which gives the largest output.

Monotonic is a sequence that always increases or always decreases in value.

The Sum of the sequencing of numbers is called a Series.

The slope is equal to the value of dy/dx that you get at each point. It is the deviation from the horizontal A substitution is an event in which one thing is replaced by another. It means "putting in place of another."

The definition for summation is the process of adding things together, or the final sum or total.

Tangent is mainly a mathematical term, meaning a line or plane that intersects a curved surface at exactly one point.

A theorem is a widely followed true mathematical statement.
It is important  to understand apply theorems like:

Volume refers to the amount of 3-dimensional space occupied by an object. As important as it is to know the calculus terms, it is also important to know how to interpret calculus symbols.

Calculus is one of the greatest intellectual achievements of humankind. It allows us to solve mathematical problems that cannot be solved by others.

We can Calculus divided into two main parts which is below mentioned :- Differential calculus and Integral calculus.

In this blog we covered both the calculus terms and calculus symbols.

What is the meaning of algebraic expression ?

A combination of numbers and letters equivalent to a phrase in language e.g. x2 + 3x – 4.

What calculus of variations ?

What is the meaning of derivatives ?

A measure of how a function or curve changes as its input changes.