The CBSE Makeover: Is your child ready? 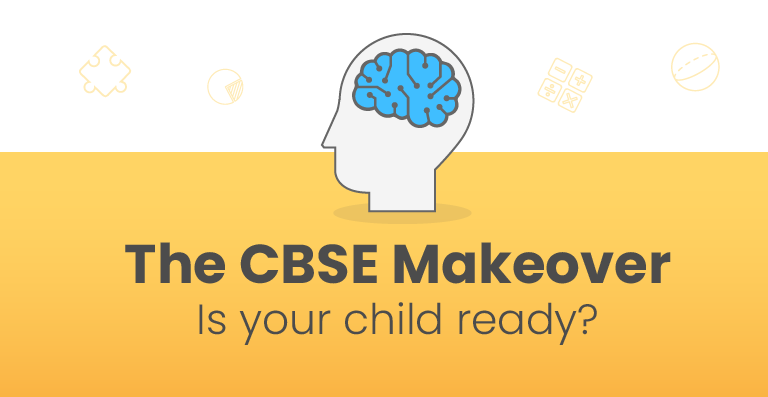 CBSE or the Central Board of Secondary Education has recently proposed a plan to change the way the Xth and XIIth board exams have been conducted. Previously the CBSE pattern of exam, focused mostly on judging students based on how much information they could retain.

However, CBSE now plans to revamp the board exams to a pattern that would help increase the critical and analytical skills in students, reducing the chance of rote learning. According to the plan, exams for vocational subjects will be scheduled to be held somewhere in February while the main subjects are scheduled to end by March.

Why is this change needed?

In today’s world, analytical skill is one of the most important skills for a proper all-rounded development of children. It has been noted that by 2045, Artificial Intelligence will take over most of the jobs in the world. In such a scenario, analytical thinking comes of great value.

According to MHRD sources, CBSE has decided to take this initiative to discourage the habit of rote learning in students. The new pattern of examination aims to test students on their analytical and reasoning abilities rather than focusing on testing them on mere textbook knowledge.

Cuemath builds a strong math foundation in children from an early age and therefore our kids are better prepared for the changes that are inevitable for winning the world of future.

The new CBSE pattern would:

CBSE hopes to change the way exams are conducted all over India, focusing more on the overall academic development of the students.