IS YOUR CHILD PLANNING TO DROP MATH? 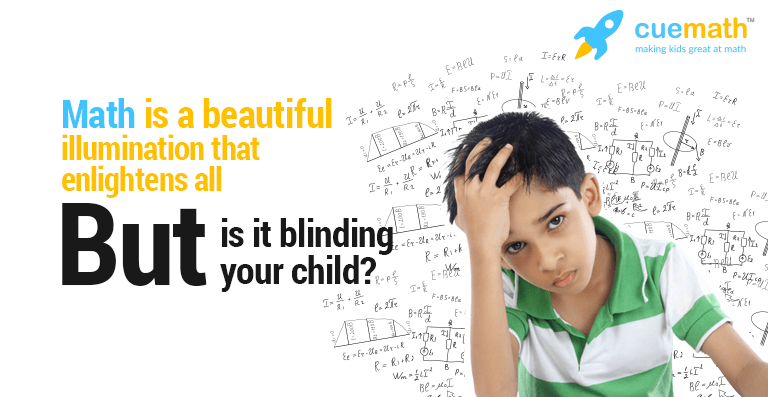 The decision-makers of a student’s life are the two years of high school. What students study, how they study, to what extent they succeed in it, their future would shape depending on all of this. Even parents tend to remain curious whether their child will opt for Science, Arts or Commerce. But to know if their child will drop math or not is the bigger question.

Highlighting a few pointers before proceeding-

So before someone worries that, ‘’Sharma Ji’s son opted for Science and mine did not even get Math”, a bigger picture needs to be focused on.

Math – A choice or an option? When non-math students apply in college there are certain courses, which they cannot opt for being a non-math student. A friend of mine could not opt for a Economics Honours in Delhi University (DU) because she decided to drop math after 10th grade.

The reason why my friend and other students like her drop math in high school is because they have the option to drop math. They consider math as an option that can be dropped and not a choice that should be made. The reason why DU and other Universities make math compulsory for certain courses is because they know how important it is to know and understand the skill. I personally feel that math is a beautiful language that makes communication with the world better. We can say that as a math enthusiast it is easy for me to say this. But the point is, if I can love math and make it my choice then anybody can.

Do children know why they need math? 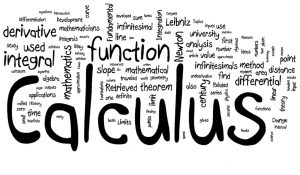 Every parent and teacher should know what their kids and students like. Children should be clear about what they do and why they do, specially when it comes to solving questions. An interesting article on World War II caught my attention. It said that the allied power used Bayesian Statistics to determine the strength of German forces. What an interesting way of using math in real life, but thankfully there are no literal war anymore.

Teachers as well as parents become hyper excited when their kids graduate from 10th grade. They start dreaming about kids becoming doctors, engineers, chartered accountant or lawyer. What they fail to understand is a simple fact that this excitement should be throughout and not just pump up all of a sudden after 15 years. This leads students to eventually drop math. So, expose kids to the vastness of knowledge right from the start. Math is not a religion to be followed only on auspicious days. It needs to be practised throughout like a sport, which is fun and exciting. Math is a way of life, not a way of getting 100% marks.

Are the efforts enough to make students NOT drop math? Recently I read an article about this school having 700 students and only 2 teachers. I mean it was appalling! But the point is that we might feel that we are putting in enough efforts but the reality is something totally different. To give a very basic example, let’s say you create big beautiful bundles of flowers to try and feed a lion. Of course it won’t respond to your efforts. People unaware of a lion’s royalty might think the lion is at fault, because they see you work. But the truth is that the lion needs something else, something different from what you are giving.

Basically, the concept of teaching is not about creating dummies out of students with the same approach for all. It is about creating a system that is flexible enough to transform depending upon the different needs of different students. Moreover, asking questions is always very helpful. This way the students would even think about the answers in a creative way.

So why not become a part of an initiative that strengthens the root of math in India? Why not excel in the field of math to such an extent that the top 10 results on Google are only about Indians? Why not think about a creative alternative to teach math so that young kids learn how to face a problem and not ditch it.

If you are thinking about it, Cuemath is the first and the best option, which is why CNBC has featured us. 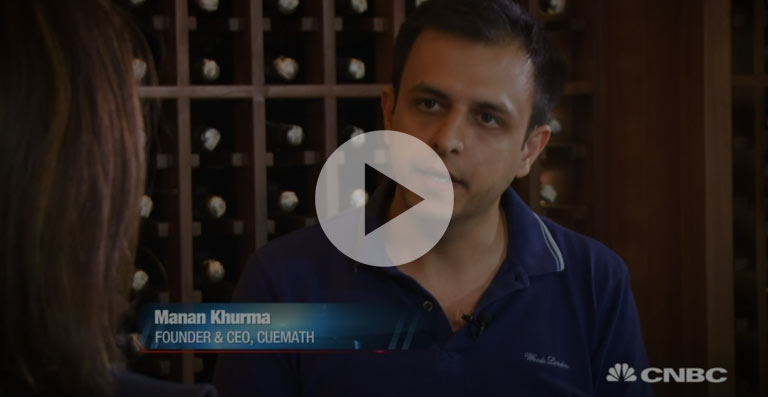 Cuemath is proud to have taken this initiative and help kids become smarter. Now imagine, your child could be brighter than Aryabhatta and Ramanujan combined, but you just don’t know it yet. Once you do know it, you would be proud too.

For your child’s prosperous future, Find a Cuemath Center near you!

Related Sections
Power of 2
Here’s why math games are good for your child
dyslexia an obstacle learning math
5 tips to help your child win the back to school game
YOUR CHILD ABSOLUTELY NEEDS TO LEARN THE WHY BEHIND THE WHAT
The need to banish the school blackboard
The importance of developing mathematical thinking in children
The play way method of teaching math leads to engaged learning in children
How To Help Your Child Overcome Math Phobia
10 Effective Teaching Strategies To Help Students With Short Attention Spans
Math gene is a myth, break it down
Intellectual Development in Children
10 Tips to Develop Reading Skills
How to Control Anger with Kids - 20 Tips
15 Simple and Fun Exercises for Kids
Child Psychology: Everything You Should Know
IMO: Training your child to excel at Math
How to Help Your Child Find Their Passion
A child’s math anxiety is squarely rooted in their parents’ attitude to math
5 best math learning aids for your child
what we do why we do what we do and how it changes the way your child learns math
how can parents of gifted children nurture their intellectual growth
does your child have a role model
why you need to talk to your child about anxiety
are you satisfied with your childs math exam performance
can games develop mathematical thinking in your child
the future is in the why of math
7 Facts That Every Parent Must Know About Cognitive Development Of Children
70 Powerful Motivational Quotes for Students Success
The irrelevance of teaching children fast mental calculations without thinking
Active Learning Why Its Important For Your Child
Kids reactions when they don’t understand math
5 Tips To Help Your Child Overcome The Fear Of Math
What is the format for the CDT?
What is the Cuemath Diagnostic Test?
Top Strategies Math Teachers Use To Make Students Feel More Confident
Learning Disabilities
Speech Therapy for Kids
Critical Thinking Skills : Definition, Examples & How to Improve
Cuemath SCHOOL Diagnostic Test: Interpretation sheet
How Do The Best Math Teachers Measure Student Engagement In A Classroom?
8 Ways to Help Students Understand Math better
engagement strategies that work wonders
Want more focus? Buy a kitchen timer. 😮⏰
5 tips to re-starting from home
5000 people do this part-time job without leaving their home
how thinking skills and intellectual abilities will be most sought after in the coming decade
Practice makes Perfect: Mock tests.
Parenting tips: Don’t let your child’s exam stress you out!
Others ask you for investment, we offer you training and a steady income, with an enjoyable job!
Lucrative franchise opportunities available for educated women in India
56% of 8th Graders in India can’t solve basic math problems.
The state of education in India: 56% of 8th graders can’t solve basic math problems!
Math is the most valuable skill of the future
Mental Maths : How to Improve it
RAISING YOUR SENSITIVE, PERSISTENT, AND ENERGETIC CHILD
STARTING A NEW ACADEMIC YEAR: 5 REASONS TO BE EXCITED
Parenting Tips
Importance of Parents in Life
Importance of Discipline in Student’s Life
How to Teach Kids to Write: 10 Tips
What are the 3 Types of Education
How to Teach Kids: 20 tips
20 Fun Kindergarten Activities
15 Strategies on How to Teach Math
Fine Motor Skills: How to Improve?
Motor Skills Development in Children
Co-curricular Activities : Meaning, Examples
Good Habits for Kids
Tips On How to Improve Handwriting
50 Block Games Activities for Kids
30 Fun Maths Questions with Answers
3 powerful ways your child can have a sharper brain
20 Educational Toys for Kids
Developing Self-Confidence in Students – 10 Activities Best Math Teachers Use
YOUR CHILD’S SENSE OF JOY AND WONDER
Why early math learning is important for your child?
Playing With Kids: 30 Ways to Play
Parenting tips: Don’t let your child’s exam stress you out!
Why is visual mathematics great for your child?
Helping Kids Cope with Anxiety of a New School
Benefits of Free Play for Children
23 Tips for Reducing Screen Time that Actually Work
How to make your child a Mathlete with IMO.
Back to School: 15 Things to do Before School Starts
Secrets to Building a Stronger Relationship with your Child
Tips for Raising Confident Readers
Innovative thinking requires advanced reasoning skills
Make it count: How to raise a mathlete?
When children enjoy what they’re learning they learn math better
YOUR CHILD IS PROBABLY LEARNING NOTHING BY DOING EVERYTHING
A ‘can do’ attitude is the key to improving math skills in children
Does Your Child Have A Love-Hate Relationship With Word Problems?
Ten Engagement Strategies That Work Wonders For Young Children
Study Motivation : 30 Tips That Work
Aha! Curiosity is the best teacher!
Help your child overcome ‘The Math Exam Syndrome’
Is There A Right Age To Start Imbibing The Growth Mindset?
summer math loss can your child beat it
Methods That Make Small Group Teaching Effective
why is visual mathematics great for your child
5 math hacks your child will never learn in school
Best Teaching Strategies For A 21st Century Math Classroom
7 secrets raising confident children
practical ways developing growth mindset
does your child procrastinate
Developing Self-Confidence Among Students – A Case Study
How Do You Define Student Engagement?
Six signs that you’re an awesome teacher
5 Best Math Teaching Aids for Your Students
Props and Games to use in math classes & More for Teachers
5 funny things Math teachers say
How Do The Best Teachers Motivate Their Students To Study?
Can you be an Amazing Mother even when you are Stressed?
raise a math olympian
Teaching Methods - The Complete List
Engaging Math For ADHD Students
HOW TO BUILD SELF-ESTEEM AND CONFIDENCE IN CHILDREN
How Best Math Teachers Use Technology To Enhance The Learning Experience
How The Best Teachers Improve Classroom Environment?
7 Warm-Up Activities To Promote Student Engagement
Classroom Activities That Promote The Intellectual Growth Of Students
Teaching Methods That Inspire Students To Explore And Learn
11 Mistakes Teachers Make That Lowers Their Students’ Confidence
Actionable Strategies To Promote Student Engagement And Motivation
is school math enough extra classes needed for math
STRATEGIES TO NURTURE YOUR WHOLE-BRAIN CHILD
Learn from the best math teachers and top your exams