The 9th edition of the Krackerjack Karnival in Bangalore was held on 8th & 9th October 2016 at the Manpho Convention Center, Nagawara. The event recorded a crowd of approximately 15,000 people over 2 days. As promised, the Karnival brought out some interesting activities for children of all ages. There were multiple entertainment stalls like Chota Bheem, Nickelodion etc. including Cuemath!

Cuemath made its presence felt by conducting a lot of exciting games and activities related to math. A big team of around 10 members were present at the venue on both the days to interact with parents and children about Cuemath and raising awareness about math excellence. 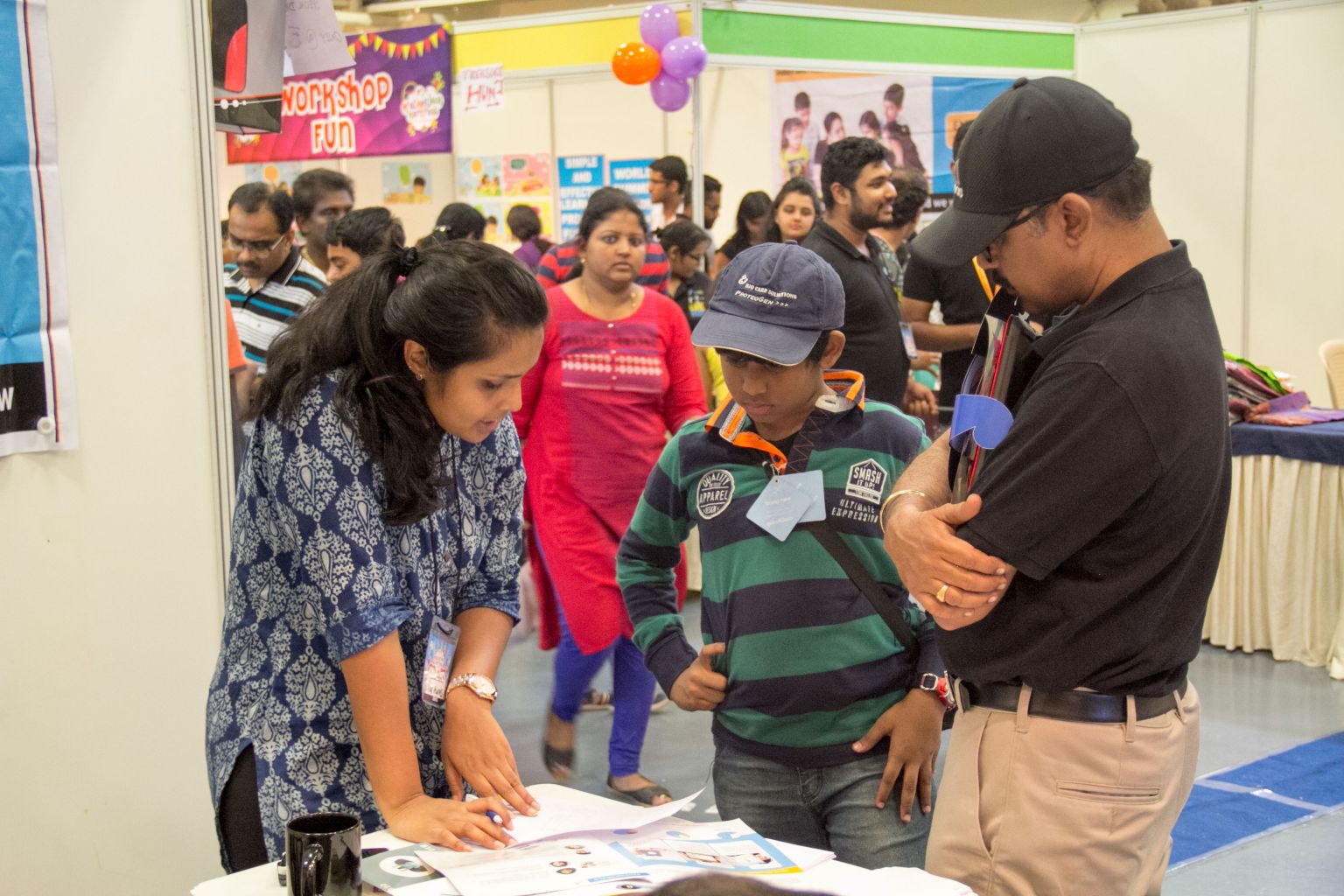 The Cuemath Kiosk and activity area was buzzing with children all keen on playing various games like The Ring game, The Cuemath Number game, Hula Hoop etc.

Most of the games conducted involved solving Cuemath Puzzles. This was actually a crowd puller and almost everyone enjoyed solving the puzzles because it made them think out of the box. Children were extremely delighted when Puzzle Cards were handed out to them. A Treasure Hunt was held which became a massive hit among the crowd because in order to get a clue, they were instructed to solve puzzles. The Cuemath Puzzles became stars of the weekend.

Apart from the games, the Cuemath Kiosk also had origami sessions where the children were taught to make frogs, puppy faces etc. using paper. There was also a tattoo artist who painted the famous Cuemath rockets on many a kids hands. On the second day of the event, parents and children alike, requested for a Treasure Hunt after the first one was done, so what was initially planned as 1 game, turned out to be 2.

Cuemath Students that attended the event, ganged up and performed a small skit with the team which showcased how important math skills are to do well in future. Overall, the event was, like the Cuemath Team describes “Fantabulous”. The entire team unanimously agreed that after a week of hard work, the children who attended the event, melted away their stress by playing games with them.

A huge shoutout to all the Cuemath Teachers that came to volunteer at the event with their enthusiasm and positivity. These teachers are the reason Cuemath students in Bangalore are flying high with math!

Pune, Delhi & Gurgaon, are you ready for Cuemath at the Krackerjack Karnival?