In Cuemath, we create an online platform for the kids to grow and develop their mathematical skills. It empowers students to learn math by reasoning and visual representation instead of memorizing it.

There are different forms of assessment, group projects, and class participation in Cuemath.

The curriculum of Cuemath has been designed by graduates from IITs, IIMs, Harvard and Cambridge. The Cuemath curriculum focuses on making math a fun subject, which in turn makes learning fun.

The curriculum has 3 parts: We cover all math concepts across all boards – CBSE, ICSE, State Board and international boards through math workbooks.

The International Math Curriculum for Grade 1-8 is aligned to the Common Core State Standards In USA.

Let us consider an example: If the students have to add the numbers 37 and 48, they initially arrange the numbers vertically and add the one’s place to get 15 and carry over the additional 1 to the ten’s place value to get 8 at the ten’s place.

Hence, the result obtained is 85.

Pictorial representation of the steps: 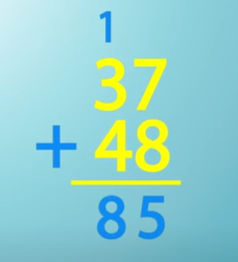 Most of the students don't know how the algorithm works. 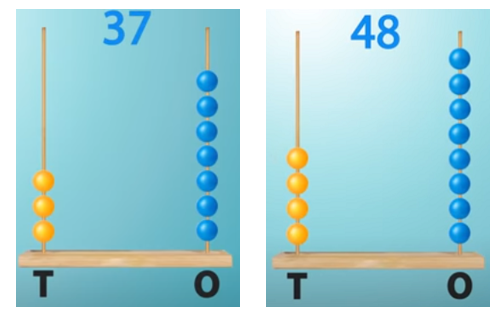 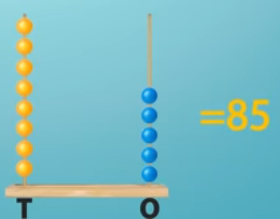 So that’s the why behind the addition algorithm.

In mathematics, learning and figuring out the WHY is more important than learning the WHAT. This is the foundation of Cuemath approach to math learning.

“At Cuemath, the focus is not only on the HOW but also on the WHY”

At Cuemath, students learn decimals in a different way, through visual modelling. It becomes easier for students to visualise decimals with these modelling tools.

Let us represent decimal numbers with a collection of flats, rods and blocks. With these modelling tools, it becomes easier for children to visualise decimals.

We asked the students which out of the two is greater, 0.19 which is one rod and nine blocks or 0.20 which is two rods. 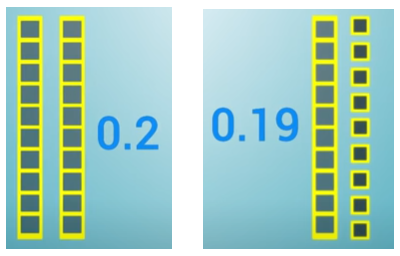 With the help of visual representation, it was much easier for the students to figure out the answer that 0.2 > 0.19. Now it is clear that 0.2 is greater than 0.19.

It is way simpler and easier than mugging up formale. Isn’t this an incredible way to learn decimals with Cuemath?

“Students will never forget such a beautiful piece of mathematical reasoning.”

Students learn in middle school that the area of a triangle is half base x height.  All they do is learn the formula and never know the reasoning behind why the formula works.

Although they are made to learn the formula ending up with a very superficial understanding of the concept.

Here, at Cuemath we believe math is beautiful and every child can fall in love with math.

We believe in the principle that kids need to know the Why than the What. Cuemath takes a very different approach.

We often tend to think math is all about numbers, calculations, formulas and theorems. However, Cuemath has a holistic approach towards math learning.

“We believe math is beautiful and every child can fall in love with math.”

Another interesting aspect of the learning program is the non verbal skills based on pattern recognition.

Let’s consider an example where the student has to figure the next item in the series.

Solving this involves identifying the pattern of rotation from one item to the other.

The rotation pattern here is that of clockwise rotation of 45 degrees.

Let us consider another example;

The student has to complete the missing figure using the given options. 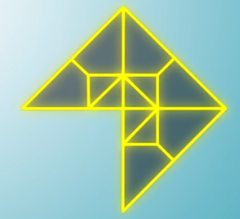 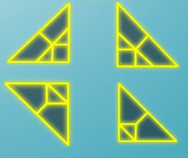 Solving this will involve a fair understanding of symmetry and reflection to reconstruct the missing piece and complete the given figure. 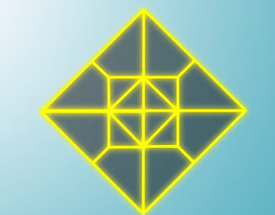 These are very important mathematical skills that a child must know and develop.

Many individuals are great at mathematics and they attribute their solving abilities to solving puzzles at a very young age.

Solving mathematical puzzles or any sort of puzzles involve mathematical reasoning which itself is a very sophisticated mental skill.

Let us take a simple puzzle as an example where the numbers from 1 to 10 are placed in a row.

You have to add a plus (+) and a minus sign (-) in between these numbers such that the resulting expression is zero (0).

Most of us try to solve this by trying out various possible combinations of plus and minus signs. However, they say it is possible to add up the numbers to one but not to zero.

Let us note that the sum of these numbers is 55

Let’s add plus and minus signs between these numbers.

Also, 55 is a number that cannot be divided into whole number parts of the same magnitude and hence, the answer can never be zero.

Reasoning like these is what math is truly about. "Crystal Clear"

We hope that you like this introduction to Cuemath Learning Methodology. Visit cuemath.com to know more about our program and an evolutionary style of learning.

2. How do you become a Cuemath teacher?

Once registered, the teachers will need to complete a training course to understand the job responsibilities and acquire the additional skills.