For 10-year-old Vyom Ahuja, life is one big award. Recently, the boy, who also happens to be a Cuemath student, was felicitated by Honorable Prime Minister Narendra Modi with the Pradhan Mantri Rashtriya Bal Puraskar for his contribution to the field of Art and Culture. This also happens to be Vyom's 35th award. 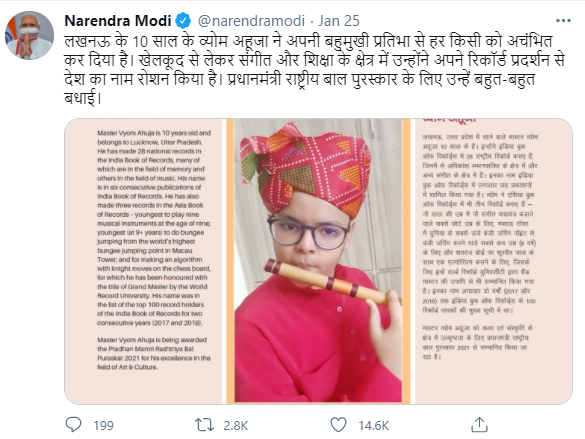 Taking to Twitter Honorable PM said, "10-year-old Vyom Ahuja of Lucknow surprised everyone with his versatility. He has brought laurels to the country through his record performances in sports and music and education. Many congratulations to him for the Prime Minister's National Children's Award."

Vyom's plays nine musical instruments, including the flute, drums, mouth organ, conch, synthesizer, doumbek, glockenspiel, tabla and the guitar.  He holds 28 records in the field of music in the India Book of Records. He also has awards for developing a chess algorithm. Not bad for someone who is 10 years old and seamlessly balancing his school life with his love for extra-curricular activities. 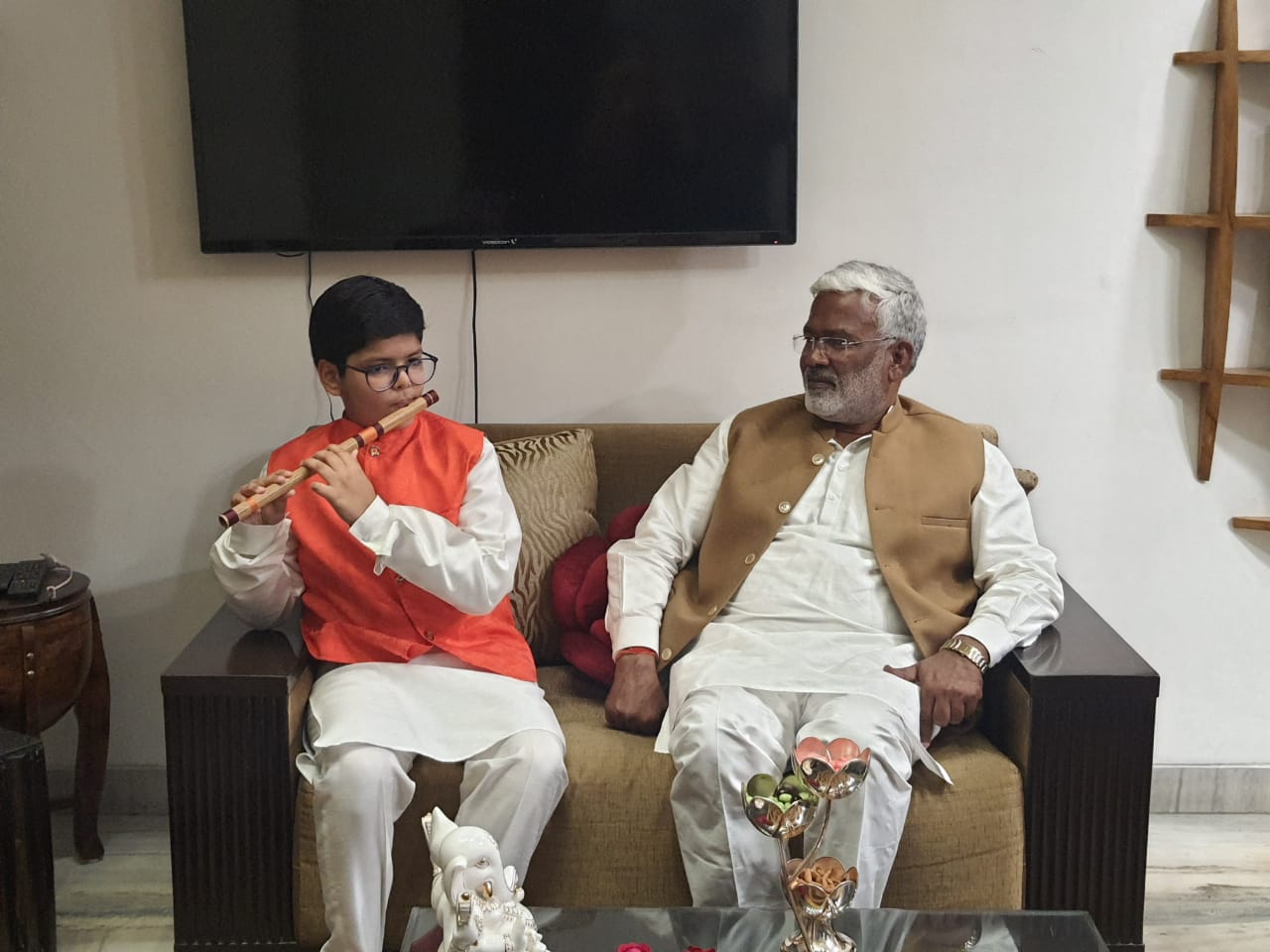 On February 8, Uttar Pradesh BJP President Shri Swatantra Dev Singh visited Vyom on February 8 and personally congratulated him. Vyom will soon be travelling to New Delhi, where he will be felicitated by the Honourable Prime Minister Shri Narendra Modi.

Vyom's father is a businessman and his mother, Dia Ahuja, is a Cuemath Training Partner. While speaking to the Cuemath team, Dia said that Vyom was always a curious child. "From an early age, we taught Vyom that math was a life skill, which is why we are so happy with the Cuemath program," said Dia.

Vyom’s success has been acknowledged by many, including Honourable Union Minister Smt. Smriti Irani, who called him a ‘man of many talents.’ While speaking of Vyom's success, Mr Manan Khurma, Founder and First Teacher at Cuemath said, "It's a proud moment for the Cuemath family when one of ours is felicitated. We would like to thank Honorable Prime Minister Shri Narendra Modi for acknowledging Vyom's work. We are confident that Vyom will go on to do great things in life, and we are happy that Cuemath is creating this kind of deep impact on tens of thousands of children across the world."

Founded in 2013, Cuemath is an after-school online Math and Coding program for KG to 12th-grade students. They tap into every child’s natural math and coding power, amplifying achievement and skyrocketing their confidence. Cuemath is backed by Capital G and is present in over 20+ countries. They are certified by Grant Thornton and the curriculum is also STEM accredited. Their teaching methodology has a unique approach that combines 1:1/group instructions with engaging puzzles, interactive visuals to teach math as intuitive logic and has a self-paced curriculum keeping the learning pace of students in mind.

Cuemath is an online educational platform that provides amazing resources for the purpose of teaching kids how to code.

Cuemath is an online Math learning program where learners have Math experts teaching them one on one. At the Cuemath online class, students learn math, by working out problems on their own under the watchful guidance of their teacher. If they get stuck somewhere, the teacher gently nudges the student in the direction of the answer. This develops the learner’s minds and cultivates a problem-solving attitude.

4. Which is better Cuemath or abacus?

Abacus and Cuemath are after-school math programs. Abacus is designed to increase the speed of mental calculations. Cuemath is a math program focused on the logic and reasoning behind the calculations. Cuemath focuses on building a strong foundation in math by going into the reasoning and logic of its concepts. Even while applying concepts, the Cuemath teacher offers cues based on the concept so that students learn to apply them logically.