What is the difference between Cuemath and Montessori?

The Montessori system is a learning method followed by some schools.

Cuemath is an after-school math program. 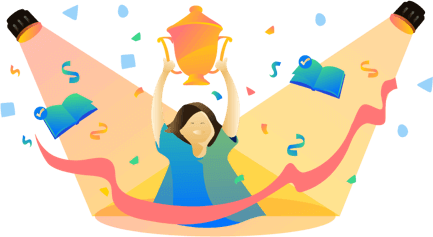 Thus these two are not directly comparable. Cuemath specializes in math and complements the broader learning that happens in school.

Though, no completely comparable, there are features that can differentiate some aspects of both. So le us look into both these unique programs and how they differentiae.

What are Montessori Schools?

The Montessori school system is gaining popularity across the big cities of India. What is the Montessori Method?

The Montessori method of education has been around since the early 1900s. It is a method where the student is put in charge of their own learning.

In a Montessori setup, a classroom has lots of activities and learning resources placed at accessible locations. Children walk up to an activity of their choice, pick it up, and explore it on their own for a certain period of time.

Thus the learning is not directed by the teacher. Teachers trained in the Montessori method observe children and make a note of their behavioral characteristics, abilities, and tendencies. What is the limitation of the Montessori method?

One limitation of the Montessori system is that any school can call itself a Montessori school without the need for any qualification or certification.

Because of this, there are many schools that have the name “Montessori” but don’t strictly follow the Montessori Method.

Thus, if you’re looking to enroll your child in a school that genuinely follows the Montessori Method, do visit the school and find out if all teachers are Montessori trained and the school environment is set up to facilitate independent activities rather than grouped instruction.

What is "Cuemath-Learn Math by Reasoning"?

Cuemath is an after-school math program for children aged 5 to 16.

Cuemath focuses on building a strong math foundation and helping children learn conceptually instead of through memorization or drills.

For instance, children in KG and grade 1 learn to visualize numbers.

They see how two numbers differ from each other in magnitude. Instead of memorizing numbers like a song, they understand what a number means. They associate the symbol 7 with a length of 7 units or a collection of 7 items.

This is what academics refer to as ‘number sense’.

Plenty of studies have shown that early math performance is a strong predictor of future academic success.

Thus through Cuemath, you can ensure that the math journey of children starts off well.

How is the Cuemath Method of learning different?

At the core of the Cuemath learning philosophy is the Cuemath Method. A core principle of this method is learning by reasoning.

Cuemath helps children develop their ability to analyze and solve problems through reasoning.

Another core principle is conceptual learning by introducing every math concept either via an activity or through pictorial models. Then, Cuemath teachers help students by not giving the answers away. Instead, they cue the answer by asking leading questions, giving hints so that students discover concepts.

All students work on their own learning resources allowing them to speed up or slow down based on their comfort with the topic.

Along with this focus on the basics of concepts, students also get sufficient practice to ensure they solve questions efficiently.

Apart from this, students are assigned skill-building exercises on the tab in each class. They are also assigned a math and logic puzzle at the end of every class. The difficulty of these puzzles adapts based on the child’s performance.

The Cuemath program specializes in Math. It complements the learning that happens in school.

Cuemath suits Montessori students particularly well because both programs get children to work independently. Often the math education in school is not enough to build the right foundation.

The math concepts that are learned at an early age determines long term academic success. So it is important that children learn to visualize numbers and build an intuitive understanding of their magnitudes. This is more important than simply memorizing numbers up to 100 or being able to only read or write numbers mechanically.

This is how Cuemath helps build a solid math foundation. It builds reasoning and problem-solving abilities right from an early age.

What is better: Cuemath or Montessori?

The Montessori system is a learning method followed by some schools.

Cuemath is an after-school math program.

Thus these two are not directly comparable. Cuemath specializes in math and complements the broader learning that happens in school.

Cuemath suits Montessori students particularly well because both programs get children to work independently. Often the math education in school is not enough to build the right foundation.

To learn more about exercises for kids, visit: