Almost everyone is aware of the contributions made by Newton, Rene Descartes, Carl Friedrich Gauss in Mathematics. However, when it comes to female mathematicians, the world is still mostly unaware of their achievements.

Cuemath has hence compiled a list of female mathematicians to whom the field of mathematics owe a lot of its advancement : 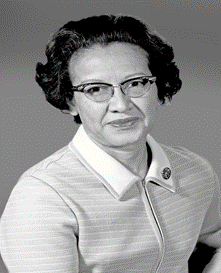 Despite being one of the first three black women to attend West Virginia University, she dared to challenge the stereotypes which existed around her and have since become a pioneering example and role model for females everywhere of African American women in STEM.

She was responsible for calculating the trajectory for Project Mercury and the Apollo 11 flight to the moon, which means she helped the first spaceship and the first Americans reach the moon! Believing that “everything is physics and math(s),” she encouraged girls to pursue careers in STEM and often gave talks on the subject.

“Being handpicked to be one of three black students to integrate West Virginia’s graduate schools is something that many people would consider one of their life’s most notable moments, but it’s just one of several breakthroughs that have marked Katherine Johnson’s long and remarkable life.” 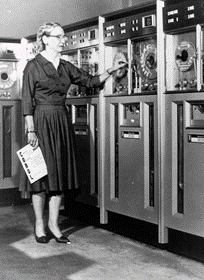 One of the first three modern “programmers,” Hopper is best known for her trailblazing contributions to the development of computer languages. Known as irreverent, sharp-tongued, and brilliant, she enjoyed long and influential careers in both the U.S. Navy and the private sector.

After the bombing of Pearl Harbor and the United States’ entry into World War II, Hopper decided to join the war effort. She was initially rejected because of her age and diminutive size, but she persisted. Taking a leave of absence from Vassar, where she was an associate professor, Hopper joined the U.S. Naval Reserve (Women’s Reserve) in December 1943 and was assigned to the Bureau of Ships Computation Project at Harvard University.

There she worked for Howard Aiken, another computer pioneer, who had developed the IBM Automatic Sequence Controlled Calculator, better known as the Mark I, one of the earliest electromechanical computers. One of the first three computers “programmers,” Hopper was responsible for programming the Mark I and punching machine instructions onto tape. She also wrote the 561-page user manual for the Mark I. 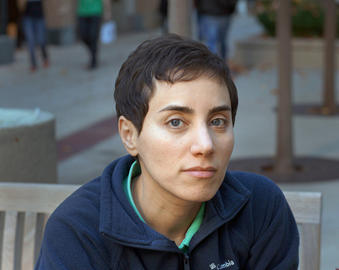 Iranian-born Maryam Mirzakhani was one of the greatest mathematicians of her generation, making exceptional contributions to the study of the dynamics and geometry of mathematical objects called Riemann surfaces.

She was a professor at Stanford University and held a Ph.D. from Harvard University. In 2014, she was the first woman, and first Iranian to be awarded a Fields Medal (also known as the International Medal for Outstanding Discoveries in Mathematics) for “her outstanding contributions to the dynamics and geometry of Riemann surfaces and their moduli spaces.”

As a girl, Maryam Mirzakhani was not very interested in math and dreamt of being a writer. “I never thought I would pursue mathematics until my last year in high school,” Mirzakhani.

The choice turned out to be a wise one: In 2014, she became the first woman and the first Iranian honored with the prestigious Fields Medal, awarded for her work on hyperbolic geometry—a non-Euclidean geometry used to explore concepts of space and time.

Mirzakhani taught math at Stanford University. Curtis McMullen, her doctoral advisor at Harvard, described her as having “a fearless ambition when it comes to mathematics.”

Her work had a huge impact on shaping her field and has opened up new frontiers of research that are just starting to be explored. She shows us that, even in a male-dominated field, women can be role models and lead the way forward with their discoveries.

Read out the next part of Famous Female mathematicians-II here.

We have discussed above the list of famous mathematicians and their contributions to mathematics. However, they all are from foreign countries. There are famous Indian mathematicians also like Srinivasa Ramanujan, Aryabhata, Shakuntala Devi, and many more.

When did Katherine Johnson die?

When did Maryam Mirzakhani die?

Maryam Mirzakhani passed away on July 14, 2017, after a long battle with cancer.

Who is Grace Hopper?