Gottfried Wilhelm Leibniz was a German philosopher, mathematician, and logician who is probably most well known for having invented the differential and integral calculus (independently of Sir Isaac Newton).

Who was Gottfried Wilhelm Leibniz?

Though he is known as one of the greatest modern mathematicians, Leibniz published no book in mathematics, only a few fragments. He learned the subject by himself, though Huyghens perhaps interested him in mathematics during his visits to Paris.

Leibniz worked problems in mathematics throughout his life, and his knowledge of mathematics can be seen in his correspondence. His principal contribution to mathematics was the invention of the calculus. There was, however, a great controversy as to whether he got his ideas from Sir Isaac Newton. Authorities now generally agree that Leibniz invented the calculus independently of any knowledge of Newton's fluxions, though Newton had the idea of the calculus earlier than Leibniz. Leibniz undoubtedly invented the notation of the calculus. Some other points which are rather minor in comparison with the calculus may be mentioned.

He invented determinants, but perhaps the Japanese mathematician Seki-Kowa had already used determinants ten years earlier. He laid the foundation for the theory of envelopes and introduced the terms "coordinates" and "axes of coordinates." Finally, he was probably the first to use the term "function," the concept of which is considered the unifying thread of all branches of mathematics.

Early Life and Education of Leibniz

Gottfried Leibniz was born on 1st July 1646 in Leipzig, Saxony, Germany, to influential parents. His father, a moral philosophy professor at the city’s university, died when Leibniz was only six. His mother was the daughter of a wealthy local lawyer.

Leibniz was a childhood prodigy. He became fluent in Latin and studied works of Greeks scholars when he was only twelve. He entered the University of Leipzig when he was fourteen, where he took philosophy, mathematics, and law. 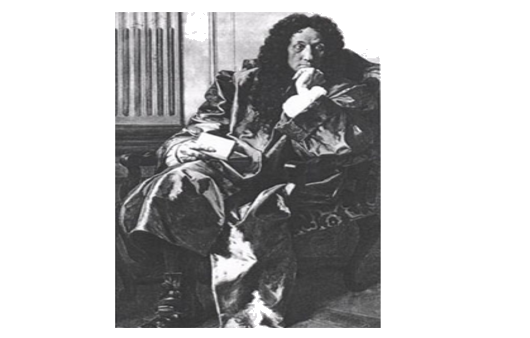 After graduation, he applied for a doctorate in law but was refused due to his young age. Leibniz chose to present his thesis to the University of Altdorf, where professors were so impressed that they immediately awarded him the degree of Doctor of Laws and gave him a professorship.

Even between his work on philosophy and logic and his day job as a politician and representative of Hanover’s royal house, Leibniz still found time to work on mathematics. He was perhaps the first to explicitly employ the mathematical notion of a function to denote geometric concepts derived from a curve. He developed a system of infinitesimal calculus independently of his contemporary Sir Isaac Newton. He also revived the ancient method of solving equations using matrices, invented the practical calculating machine, and pioneered using the binary system.

Like Newton, Leibniz was a member of the Royal Society in London and was almost certainly aware of Newton’s work on calculus. During the 1670s (slightly later than Newton’s early work), Leibniz developed a very similar theory of calculus, apparently completely independently. Within a short period of about two months, he had developed a complete theory of differential calculus and integral calculus.

Unlike Newton, however, he decided to publish his work, and so because of this, Europe first heard about calculus from Leibniz in 1684, and not from Newton (who published nothing on the subject until 1693). When the Royal Society was asked to adjudicate between the rival claims of the two men over the development of the theory of calculus, they gave credit for the first discovery to Newton, and credit for the first publication to Leibniz. However, under the rather biassed presidency of Newton himself, the Royal Society later also accused Leibniz of plagiarism, a slur from which Leibniz never really recovered. Ironically, it was Leibniz’s mathematics that eventually triumphed, and his notation and his way of writing calculus, not Newton’s more clumsy notation, is the one still used in mathematics today.

In addition to calculus, Leibniz re-discovered a method of arranging linear equations into an array, now called a matrix, which could then be manipulated to find a solution. A similar technique had been pioneered by Chinese mathematicians almost two millennia earlier but had long fallen into disuse. Leibniz paved the way for later work on matrices and linear algebra by Carl Friedrich Gauss. He also introduced notions of self-similarity and the principle of continuity, which foreshadowed an area of mathematics that would come to be called topology.

During the 1670s, Leibniz worked on the invention of a practical calculating machine, which used the binary system and was capable of multiplying, dividing, and even extracting roots. It was a significant improvement on Pascal’s rudimentary adding machine and a true forerunner of the computer.

He is usually credited with the early development of the binary number system (base 2 counting, using only the digits 0 and 1). However, he was aware of similar ideas dating back to the I Ching of Ancient China. Because of the ability of binary to be represented by the two phases “on” and “off,” it would later become the foundation of virtually all modern computer systems, and Leibniz’s documentation was essential in the development process. Leibniz is also often considered the most important logician between Aristotle in Ancient Greece and George Boole and Augustus De Morgan in the 19th Century. Even though he published nothing on formal logic in his lifetime, he enunciated in his working drafts the principal properties of what we now call conjunction, disjunction, negation, identity, set inclusion, and the empty set.

Contributions and Achievements of Leibniz

Gottfried Leibniz was a great polymath who knew almost everything that could be known at the time about any subject or intellectual enterprise. He made significant contributions to philosophy, engineering, physics, law, politics, philology, and theology.

Probably his most outstanding achievement was the discovery of a new mathematical method called calculus. Scientists use to deal with quantities that are continuously varying. Newton had devised a similar approach for his work on gravity. Therefore, there was a fierce debate about who had been first. Newton began working on his version in 1665, but Leibniz published his results in 1684, almost three years before Newton. However, the consensus is that they discovered the method simultaneously.

Leibniz also discovered the binary number system and invented the first calculating machine that could add, subtract, multiply, and divide. When it came to metaphysics, he formulated the famous monads theory, which explained the relation between the soul and the body. Leibniz is often known as the founder of symbolic logic. He developed the universal characteristic, a symbolic language in which any item of information can be represented naturally and systematically.

When was Gottfried Leibniz’s born?

What was the controversy surrounding Leibniz?

The calculus controversy (German: Prioritätsstreit, "priority dispute") was an argument between the mathematicians Isaac Newton and Gottfried Wilhelm Leibniz over who had first invented calculus. The question was a major intellectual controversy, which began simmering in 1699 and broke out in full force in 1711.

What did Leibniz discover?

Noted for his independent invention of the differential and integral calculus, Gottfried Leibniz remains one of the greatest and most influential metaphysicians, thinkers, and logicians in history. He also invented the Leibniz wheel and suggested critical theories about force, energy, and time.