As we bid adieu to 2017, we look back and smile at all the beautiful memories we made.

In January, last year, Google joined hands with us in our vision to build a strong math foundation in children.

In March, we made an incredible addition to our learning system. The Math Box, comprising of learning aids, was launched with the aim to boost the understanding of concepts. In the spirit of Independence Day, to mark ‘Freedom from the Fear of Math’, we hosted India’s largest math fest, The Cuemath Pythagoras Fest in Bangalore which witnessed a footfall of more than 5,000 students and parents. The response was overwhelming and we received massive coverage across media. Speaking of PR, we feel proud to share that we were awarded the India’s Coolest Startup Award in September by the prestigious Business Today group. This was followed by another award, Smart CEO-Startup50. We were also covered by Bloomberg to share how we are revolutionising the way math is being taught across the country. In November, we made some significant upgrades to our workbooks with the objective of making them more powerful and introducing concepts to students with greater ease. 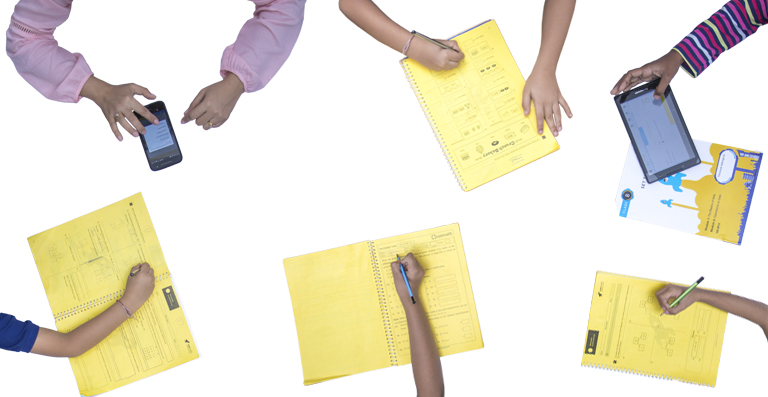 In November, on Children’s Day, we launched Cuemath Story Edition, comprising of some amazing characters weaved into interesting storylines to build on the curiosity of our students and help them solve problems with more enthusiasm.

In December, on the eve of National Math Day, we turned 4 and established ourselves as the largest math brand. We cannot express in words how amazing these four years have been. Thank you for joining us in this endeavor to build a strong math foundation in children.

We thrive to reach new milestones this New Year and look forward to your love and support in taking this math revolution to new heights!