John Nash was a renowned American mathematician who made significant contributions to Game theory and partial differential equations. Nash's theories are widely used in economics too. He also received the Nobel Memorial Prize in economics science and the Abel Prize. His life is an inspiration to many and an example of success when the odds are against one.

John Nash was born on 13th June 1928 in Bluefield, West Virginia, USA. His father, John Forbes Nash, was an electrical engineer, and his mother, Margaret, was a schoolteacher. John also had a younger sister named Martha. 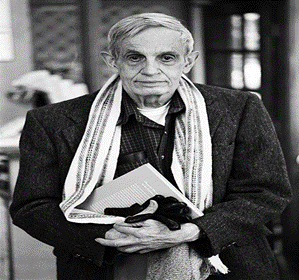 John had a keen interest in reading books from a young age, and his parents enrolled him in an advanced mathematics course in his final year of high school. He then attended Carnegie Mellon University on a scholarship, majoring in Chemical Engineering. John then switched to a chemistry major and eventually to a mathematics major. After graduating, he went on to pursue graduate studies at Princeton University, again on a scholarship. John was also accepted at Harvard but chose to stay at Princeton close to his family. He quit his teaching job at MIT after he was suffering from the mental illness Schizophrenia.

John Nash was married to Alicia Esther Nash, who majored in Physics from MIT. They had a son together, John Charles Martin Nash, who earned a Ph.D. in mathematics from Rutgers University, and, like his father, he also had Schizophrenia as an adult.

John Nash is the only person to be awarded both the Nobel Memorial Prize in Economic Sciences and the Abel Prize. In 1959, Nash began showing clear signs of mental illness, and spent several years at psychiatric hospitals being treated for schizophrenia.

John Nash is mentioned below in the Downloadable PDF.

John Nash published his first paper, 'The bargaining problem' when he was still in graduate school. In his doctoral thesis, 'Non-Cooperative games,' he expanded on this mathematical model for bargaining, thus establishing game theory's mathematical principles. This theory was used widely by Business strategists despite its practical limitations.

John Nash also did some fundamental research and groundbreaking work in the field of real algebraic geometry. His research on differential equations led to his paper 'Real Algebraic Manifolds.'

John's other impressive and influential works in mathematics involve the Nash-Moser inverse functions theorem, the Nash-De Giorgi theorem that came from solving a challenging 19th-century problem, and the Nash embedding theorems. The Nash embedding theorems were described as "among the most original results in geometric analysis of the 20th century" by the Norweigan Academy of Science and Letters.

John Nash's contributions to mathematics are regarded by many as more significant than his part in the Nobel prize-winning work of Game theory. 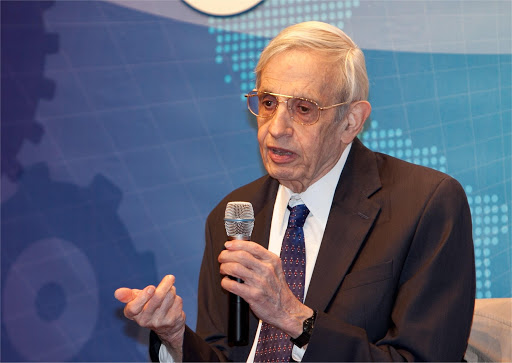 Around 1958, the first signs of John's mental illness started appearing. He would be gone for sometimes days from his teaching job at MIT and would not explain the absence. He began to make meaningless comments to his colleagues and students and became increasingly paranoid day by day.

He started having absurd thoughts, like that all people wearing red ties are part of a communist conspiracy against him. His wife started to get tired of his erratic behavior. Eventually, he was admitted to a psychiatric hospital where he was diagnosed with paranoid Schizophrenia. In this condition, a person's mind is dominated by fixed, false, imaginary, and unrealistic beliefs. It is accompanied by delusions of things that are not present.

His career hit a steep decline, and there were a lot of hospitalizations. Nash had vanished from the professional world while his game theory was gaining prominence ad was cited more frequently.

John was fortunate to have the right family, colleagues, students, and friends who helped him survive during that period. Alicia Nash divorced him in 1963 but continued to support her ex-husband. By the early 1990s, his illness began to fade, and he was slowly returning back to rationality.

John Nash famously quoted, "Because the ideas I had about supernatural beings came to me the same way that mathematical ideas did. So I took them seriously". After he overcame his illness, he continued to travel, work, and speak at conferences. 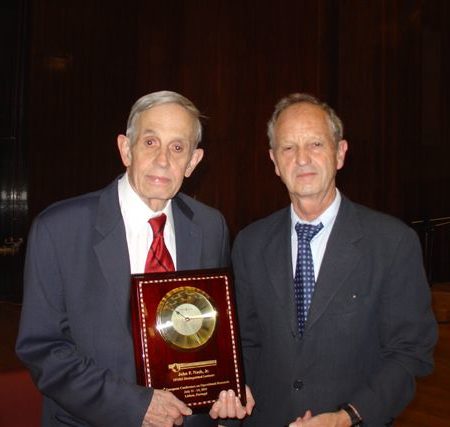 John Nash was widely regarded as one of the most influential mathematicians of the 20th century. He was known for his originality of thinking and for his ability to tackle down complicated problems. His life and extraordinary achievements inspire a lot of young pool of scientists, mathematicians, and economists. His theory of Nash Equilibrium is considered groundbreaking in economics and used a lot in practical scenarios.

Apart from the mathematicians, economics, and science fraternity, to the broader world, John Nash is best known for his life story, his achievements, devastating loss, and a miraculous rise from the ashes. An Oscar-winning film "A beautiful mind" was made about his life that changed him from an unknown person to a well-known celebrity after his illness. After returning from his trip to Norway, along with his wife, where he received the Abel Prize, John and Alicia died in a car crash while returning from the airport. John is survived by his sons, John Charles Martin Nash and elder child John Stier.

John Nash's life inspired an Oscar-winning film, "A beautiful mind," directed by Ron Howard and was inspired by a 1998 book of the same name by Sylvia Nasar. Russell Crowe played the character of John, and the movie grossed 313 million dollars worldwide. It also won four academy awards for the Best Picture, Best Director, Best Adapted Screenplay, and Best supporting actress. 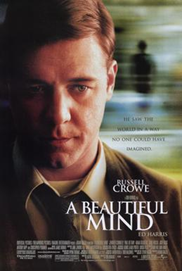 The subject of the film was his achievements and his battle and recovery from mental illness. It was criticized for inaccurate representations of some events of his life, but the filmmakers argued that they did it to make sense of the story. The film was highly liked by the audience and got top ratings from popular rating platforms.

In the above article, we have discussed the biography of the famous American Mathematician - John Nash.

There are famous Indian mathematicians also like Srinivasa Ramanujan, Aryabhata, Shakuntala Devi, and many more.

Who was John Nash?

John Nash was a leading American mathematician of the twentieth century. He was famous for his important contributions to the Game theory for which he received a Nobel Memorial Prize in Economics sciences. He was also portrayed in the 2001 Oscar-winning film ‘A Beautiful Mind’.

What is a movie based on John Nash’s life?

The movie about John’s life is ‘A Beautiful Mind’ which released in 2001 and won four Oscar awards. It contained the events of John’s life, his achievements and his battle with mental illness.

How did John Nash die?

John Nash died on 23 May 2015 in a car crash along with his wife Alicia when returning from the airport in New Jersey. The couple was returning from Norway where John received the prestigious Abel Prize.

What is John Nash most famous for?

John Nash is most famous for his contributions to Game theory and the famous economic concept Nash Equilibrium or Nash Solution. John also made some important additions in the theory of Partial Differential equations.

What is game theory?

Game theory is a branch of mathematics that examines the rivalries between competitors with mixed interests. In-Game theory, it is assumed that there are punishments and rewards for everyone, and the rules of the game are known to everyone, and all participants are considered to be rational.

What mental illness did John Nash suffer from?

John Nash suffered from Schizophrenia. It is a disorder when people perceive things abnormally and have abnormal thoughts and illusions.

To learn more about the biography of John Nash, Visit these blogs: