An American Mathematician who worked for 35 years for NASA as a Mathematician. Her calculations of orbital mechanics played an instrumental role in the success of U.S spaceflight. She is identified as one of the first African-American women to work as a NASA scientist. 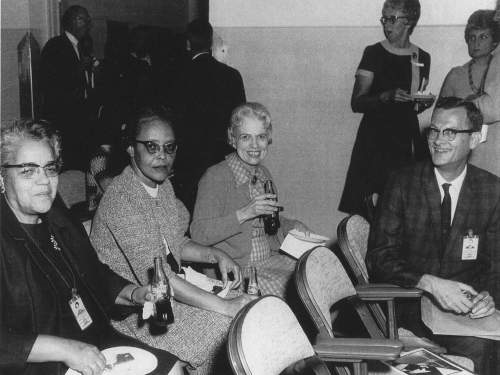 She went to high school at the age of 10. In 1937, she earned her Bachelor’s degree in Mathematics and French from the West Virginia state college (now called West Virginia State University). Then she moved to Virginia and began teaching.

In 1939, she was selected to be one of the first three African-American students to enroll in a West Virginia University graduate program. After studying math there, she decided to marry James Goble and live a family life. But James Goble died in 1956. She then married James Johnson three years later.

In 1953, she started working at the National Advisory Committee for Aeronautics(NACA)’s West Area Computing Unit. She performed complex mathematical calculations manually for the engineer’s program. Her Computations were essential to the success of the early U.S space program. During the segregation of NACA, the West Computers are segregate to formed National Aeronation and Space Administration (NASA) 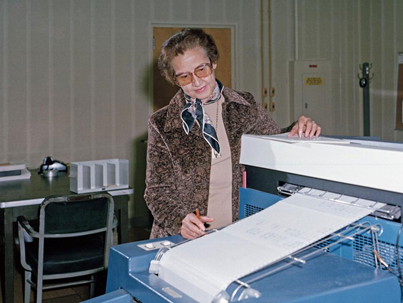 In NASA, Mercury program(1961-1963), Katherine Johnson plays an important role in crewed space flights. Remarkably, in 1961, she calculated the path for freedom 7. Freedom 7 is the spacecraft that put the first U.S astronaut Alan B, Shepard, Jr in space. She worked to verify the electronic computer, which had planned the flights correctly. In 1969, Katherine Johnson also calculated when and where the rocket of the Apollo 11 mission launched the first three men to the moon. She retired from NASA in 1986. In recognition of her work, on May 5, 2016, a new building of 40,000 square feet was named “Katherine G. Johnson Computational Research Facility” in Virginia.

Katherine Johnson also received a Silver Snoopy award; this award is given to those who have made outstanding contributions to flight safety and mission success.

She was on the BBC’s list of 100 women of influence worldwide in 2016. In the year 2016, NASA stated that “Her calculations proved as critical to the success of the Apollo Moon Landing program and the start of the space shuttle program, as they did to those first steps on the country’s journey into space”.

On May 12, 2018, She was awarded an honorary doctorate by the College of William and Mary.

In August 2018, West Virginia State University established a STEM Scholarship in honor of her and founded a full-size statue of her on the campus.

In 2019, she was inducted into the inaugural class of government executives Hall of Fame.

Here are some of Katherine Johnson’s quotes

Katherine Goble Johnson made a lot of mathematical contributions to NASA. Due to her contributions, NASA was successful in numerous space projects. Although she passed away, her achievements will always be engraved in stone. She will be there forever in the chapters of history.

There are famous Indian mathematicians also like Srinivasa Ramanujan, Aryabhata, Shakuntala Devi, and many more.

What was Katherine Johnson’s maiden name?

Her maiden name was Coleman.

What is the age of Katherine Johnson at the time of her death?

To whom Katherine Johnson got married?

Which President gave the Presidential Medal of Freedom award to Katherine Johnson?

President Barack Obama awarded The Presidential Medal of Freedom Award to her in 2015.

To know more about Katherine Johnson and her achievements, visit these blogs: