If you have dabbled around on the internet for teaching computer programming to your kid, you would have come across the term called block-based coding. Well, continue reading to know what all the hype is about.

With huge career prospects, parents are flocking to put their kids into coding courses to make them future-ready. Coding is undeniably difficult. It's text-based, clinical, and non-intuitive. So, if most coding concepts are difficult for adults to grasp, imagine how difficult it would be for kids?

So, how do we transform programming which is “hard and time-consuming” into “accessible and fast”? This struggle prompted MIT to develop a visual block-based coding language, which has since been hailed as a game-changing tool for teaching and studying computer programming to both kids and adults.

What is Block-based coding?

Block-based code is a type of programming language where text-based code is represented using visual block format (see image above and to the right) to minimize potential errors.

Users can build games, applications, and other programs by dragging and dropping visual block representations of text-based code (event listeners, functions, variables, sounds, and more) into the code editor.

Block-based coding has made traditional programming a lot easier - especially for kids and beginners. It is easier to spot errors and fix them compared to text-based coding because sections of code are grouped together providing better readability.

In block-based coding, kids use the drag and drop approach to logically sequence predefined blocks of code to reach a certain goal. For kids, this serves as an “entry-level activity” that allows them to gain a foundational understanding of how programming works. This also inculcates computational thinking needed in programming through visual cues rather than pure text.

Providing kids with predefined blocks of instructions that can be simply put together eliminates the risk of frustrating syntax errors making it easier for kids to focus on logic building and problem-solving.

Want to know how Cuemath helps master the basics of programming with a focus on logical thinking and problem-solving? Check out our online coding courses here.

With the thought of making learning coding easier for kids, in 2003, developers from MIT and Google joined hands to develop the first-ever software to support block-based coding called Scratch.

Since then block-based coding gained huge popularity among kids and teachers worldwide for learning and teaching computer programming. At present, over 40 million users are active on Scratch. Block-based coding is also employed by Code.org which is a non-profit organization offering coding courses to kids having a user base of about 50 million.

Software development has undergone a rapid shift and developers are slowly moving towards low code applications with less turnaround time and block-based programming plays a huge part in it. Nowadays, full-fledged mobile applications, websites can be created using block-based coding and thus provides a promising future. Let’s see some of the advantages of block-based coding. 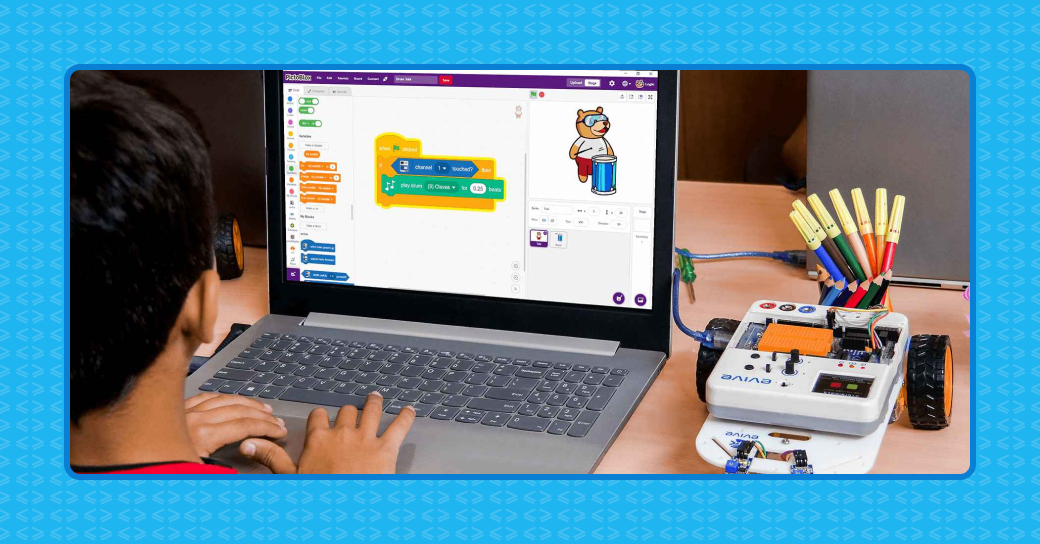 The drag and drop approach added with minimal setup requirements and syntax-free programming provides an excellent entry point for beginners in programming. It also doesn’t require any prior knowledge and kids can learn it easily with minimal instructions. At Cuemath, we provide beginner-level coding courses focussing on mastery and logic building.

Block coding is a godsend for students and educators who only have a rudimentary understanding of coding and/or computer science. As previously said, the drag-and-drop idea is so simple that you don't require a master's degree in programming to use it but at Cuemath, our teachers are hand-picked and trained by computer science experts ensuring to provide kids with an excellent learning experience.

Focuses on the Fundamentals

Text-based coding often intimidates beginners from experimenting with new codes and concepts thus proving to be a hindrance in the learning process. But, with the easy-to-use drag and drop feature of block-based coding, kids are more open to experimenting with little to no syntactical errors encouraging self-learning. At Cuemath, our coding curriculum encourages students to build independent projects and learn by doing.

Keeping the above points in mind and prevailing technologies, block-based coding can’t be considered as the perfect substitute for coding. Modern text-based programming languages such as JavaScript and Python offer a lot of versatility and variety. It also allows the author more freedom in code construction.

So, do you want to equip your child with the skill of computer programming through fun and interactive lessons? Do you want your child to work on real-life projects? Try out Cuemath’s Coding Course by booking a free trial class where we start by taking your kid through block-based programming and then into more advanced topics like JavaScript and Python. At Cuemath we believe that learning to code at an early age is crucial. Cuemath provides live 1:1 Live Online Coding classes and Math classes.

Rohit is an enthusiastic coder, designer, and educator working as a Project Lead for the Coding Curriculum for Grades 4 - 6 at Cuemath. He believes that learning to code can turn kids into better problem solvers and thinkers. In his spare time, being a foodie at heart, Rohit loves to cook and also play tunes on his guitar.