“If I have seen further than others, it is by standing on the shoulders of giants”

Ask any mathematician what beauty looks like, and all will tell you to look at the same thing: Euler’s Formula. 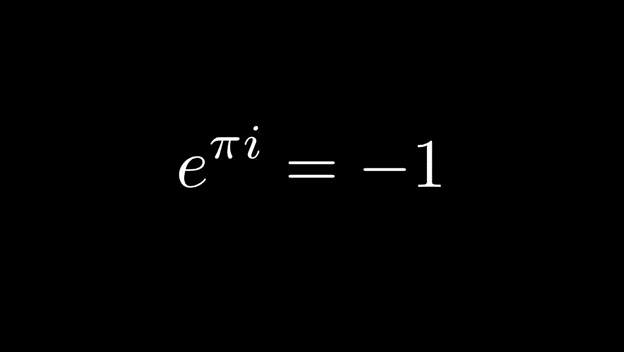 This equation can awe even the most disinterested people, and the elegance that this equation holds in terms of Mathematics is unarguably undeniable.

Leonhard Euler (15 April 1707 – 18 September 1783) was a Swiss mathematician, physicist, astronomer, geographer, logician, and engineer who made significant and influential discoveries in many branches of mathematics, such as infinitesimal calculus and graph theory, while also making pioneering contributions to several branches such as topology and analytic number theory.

He also introduced much of the modern mathematical terminology and notation, particularly for mathematical analysis, such as the notion of a mathematical function. He is also known for his work in mechanics, fluid dynamics, optics, astronomy, and music theory. 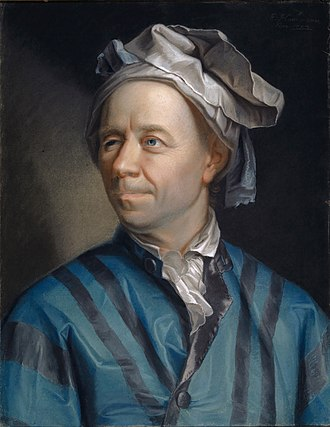 Euler was one of the most eminent mathematicians of the 18th century and is one of the greatest in history. He is also widely considered the most prolific, as his collected works fill 92 volumes, more than anyone else in the field.

Euler’s mathematical ability earned him the esteem of Johann Bernoulli, one of the first mathematicians in Europe at that time, and of his sons Daniel and Nicolas. In 1727 he moved to St. Petersburg, where he became an associate of the St. Petersburg Academy of Sciences and, in 1733, succeeded Daniel Bernoulli to the chair of mathematics. Through his numerous books and memoirs that he submitted to the academy, Euler carried integral calculus to a higher degree of perfection, developed the theory of trigonometric and logarithmic functions, reduced analytical operations to greater simplicity, threw new light on nearly all parts of pure mathematics.

e (2.718281828...), also known as Euler's number, is a critically important number in mathematics. It forms the basis of the exponential function and the natural logarithm, and like π, it crops up in innumerable places (even where you wouldn't expect it).

“Who has not been amazed to learn that the function y=ex, like a phoenix rising again from its own ashes, is its own derivative?”

e is usually defined by the following equation:

Its value is approximately 2.718 and has been calculated to 869,894,101 decimal places by Sebastian Wedeniwski. The number e was first studied by the Swiss mathematician Leonhard Euler in the 1720s, although its existence was more or less implied in the work of John Napier, the inventor of logarithms, in 1614. Euler was also the first to use the letter e for it in 1727 (the fact that it is the first letter of his surname is coincidental). As a result, sometimes e is called the Euler Number, the Eulerian Number, or Napier's Constant. It was proven by Euler that "e" is an irrational number, so its decimal expansion never terminates, nor is it ever periodic.

Over his career, Euler came up with an array of principles that laid the foundation for modern mathematics as we know it. He was a revolutionary thinker in geometry, trigonometry, calculus, differential equations, number theory and notational systems—including the utilization of π and f(x)—among a legion of other accomplishments. His Euler's Identity theorem is often cited as the most delightful of equations and his work also focused on the fields of astronomy/lunar motion, acoustics, mechanics and music.

Euler was a highly prolific author, having written hundreds of papers and publications over his lifetime, including the well-known science and philosophy series Letters to a German Princess.

Euler, working on the day of his passing, suffered from a brain hemorrhage and died during the night of September 18, 1783, in St. Petersburg.

Euler's legacy has been enormous in shaping the modern playing field of mathematics and engineering, with his work highlighted by the Mathematical Association of America and honored by mathematicians worldwide. A massive project that has taken more than a century to complete, Leonhardi Euleri Opera Omnia is a full presentation of his work and has had dozens of volumes published over the years.

The man just besides Euler

Whenever I think about Euler’s Identity, the name that is mercilessly forgotten is the one of Roger Cotes, who in 1716, while investigating the surface area of an ellipsoid, found the following equation: log(cosφ + sinφ)=iφ. Had he simply exponentiated this formula, the equation that defines beauty in the world might have been known by a different name.

Many mathematicians have always remarked at what a miracle this one equation and everything leading to it presents to this world. A post about the exponential function being a miracle did the rounds a year back, and the Hacker News comment thread brought up some debate about the miracle of the Euler’s Identity. The thread argues about the nature of their favorite things in Mathematics and to what extent they can be called a miracle or not.

We might have known about e and i almost a century before Euler’s Identity; we still had to develop calculus to reach here, which doesn’t make it less special. Instead, it is noteworthy how discoveries in mathematics follow a similar procedure that school students are taught to reach an answer: one step at a time.

“Read Euler, read Euler; he is the master of all.”

This was just an attempt to spark your interest in Euler’s life and the impact he still has in Modern Mathematics. It is important to note how Mathematics owes a lot to so many of such mathematicians that even if we remove one of them, it can send back mathematics hence technology back decades.

Euler is so much more than just the Euler’s formula, or the Euler’s constant, and below are some links for the same: