Born on 14th November 1889, Pandit Jawaharlal Nehru became the first Prime Minister of India. Although he was a part of the supreme authority of the nation, he was popularly regarded as a person who loved being around kids.

He loved roses too, and it is not even surprising to know that flowers and kids are often regarded in the same light. His love for kids and flowers was so pure that it inspires all Indians. Therefore, he is popularly called Chacha

Jawaharlal Nehru and his birthday is widely celebrated as Children’s Day. People strive to follow his vision of keeping the health and safety of kids a top priority and Cuemath is always a step ahead. 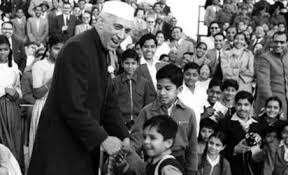 We know how dear your kids are to you. To measure how much you love them is something that is beyond the scope of this Blog. If Chacha Jawaharlal Nehru was still around, he would be as enthusiastic with kids as he was back in his time.

So how do we ensure that his spirits are kept alive on Children’s Day?

As a reputed lawyer, he fought for the freedom of India. For the sake of the nation, for the sake of the nation’s future- kids. The most we can do to pay our respect to him is by driving the young, blooming kids towards his vision on Children’s Day, and every day. This can only be achieved when we expose these kids to education. The major step towards it would be exposing them to the inspiring world of Math.

Math is not only important but necessary

This is pretty evident with the fact that renowned Math exhibitions are held after Pandit Jawaharlal Nehru’s name. Moreover, an entire University has been named after him, which is one of India’s top Universities.

It only shows how Pandit Jawaharlal Nehru believed that Math and Education are necessary.

Pandit Jawaharlal Nehru feared Math but he went out of the way to initiate and promote Math exhibitions. This is more than commendable. Is this not inspiring enough to lead your kid towards Math? Don’t let your kid’s perception of Math change your mind. When the real world of Math would be revealed to your kid, their curiosity level would reach the sky. After all, a hungry and curious mind is the best feature you could wish for your kid to have.

Cuemath is the perfect option

We at Cuemath do not teach Math. We simply show kids the world of Math the way they wish to see it. The way they are comfortable seeing it. Once we do that, kids get familiar with new things and picture the existing things in a new way. We make them understand the Science and Art behind Math and they simply fall in love with it.

So, believe in the vision of a true Indian fighter who fought his way to independence for the future of India. For the future of kids. Let’s live up to the expectations of the great leader. Let’s celebrate Children’s Day like never before. Invest in the bright future of your kid today so that one day, your kid shines bright and becomes confident enough to lead our leading nation!

1. Why is Nehru's birthday celebrated as Children's Day?

Nehru's birth anniversary is celebrated as Children's Day in the country as a tribute to his contribution towards building the nation. He was fondly called 'Chacha Nehru' and 'Chacha ji' for his love for kids.