“The principal goal of education is to create individuals who are capable of doing new things, not simply repeating what other generations have done.”
– Jean Piaget

Humans are insatiable when it comes to learning. It could be of any kind say intellectual, socio-economical, emotional, psychological, anatomical, so on and so forth. So vast is the domain of this behavior that it encompasses all of their functioning as an individual.

Growth is synonymous with learning. In fact, they both are so intimately intertwined that sometimes it’s impossible to differentiate between them. Growth can sometimes be qualitative as well as quantitative. Progressive changes in how humans think, know, remember and communicate falls under qualitative growth or cognitive development.

Famous Swiss psychologist, Jean Piaget’s work is of immense importance here. He propounded that people have an innate need to understand how the world works and to find order, structure, and predictability in their existence. This need is called the drive for equilibrium or intellectual growth. Ways of thinking change as the equilibrium is changed because of new experiences.

Let’s explore how he has elaborated the learning process.

He has divided cognitive development into four stages namely:

Each stage corresponds to a particular and tangible learning aspect. 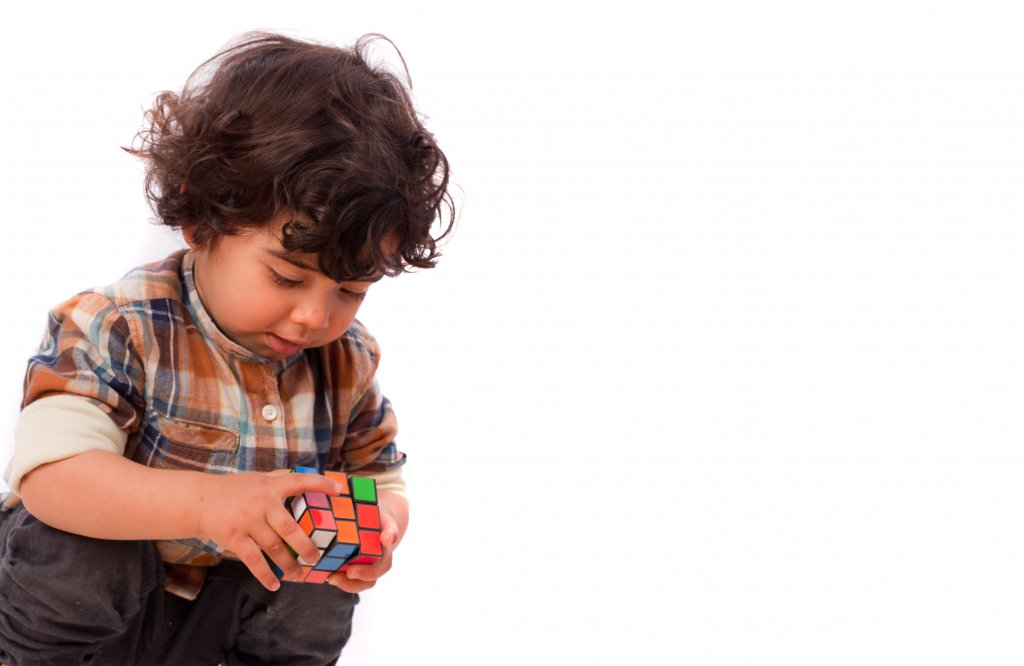 In the sensorimotor stage, it is all about thinking through senses and motor actions. Continuous touching, manipulation, looking, listening and even biting and chewing are some of the common actions. Such actions allow children to learn about their surroundings. Implementation of this theory can be seen through a simple game of hide and seek with a toddler where recognition of object/person motivates the search for hidden objects. In the preoperational stage, the children are usually involved with dramatic plays say, for example, two friends playing doctor/patient or imitating police/thief scenarios. It may seem simple to an adult, but observe that they are already thinking on two levels at once – one imaginative and the other realistic. This dual processing of experience makes dramatic play an early example of metacognition. It is nothing but the monitoring of thinking itself. As it is evident that metacognition is a highly desirable skill for success in school. The concrete operational stage is the most crucial as the ability to think logically starts developing. Newly acquired skills can be observed such as seriation, classification, spotting odd ones and basic arithmetic like ‘If something is given to the child then it’s an addition and something taken away is subtraction’. They can quickly figure out that if they get two more candies then how many more or the total number of candies they have now. Sharing/dividing candies among themselves is just the basis of Mathematical learning. A simple intellect that when the same thing is to be done for their number of friends, it can be calculated through multiplication which is nothing but a faster addition tool, starts functioning here. For this, they do not need a formal Mathematics education per se as humans strive to think logically or Mathematically.

If concrete rules of a subject are taught properly and effectively at this stage, it will provide a solid academic foundation for Mathematics to the child. Math learning plays an enormous part here as this is where they need to connect Math to life. It has been observed that when a particular word problem is restructured around their immediate surroundings, the comprehension increases manifold by itself. Visualization is set in motion by the child himself/herself. Likewise, a Trigonometry problem is no more a “useless Sin θ, Cos θ” with no real life relevance but becomes a tool for very critical measurements of Science or Architecture. This stage is the foundation stone of effective learning. The formal operations stage is more about reasoning and representation of both hypothetical and abstract problems. At this stage, the child can apply concepts learned in the previous stage to action. This is where the construction of learning takes place. They need not be told to solve a problem because of problem-solving creeps in organically like they will try to mend their broken things on their own (if left on their own capabilities without a conscious adult making them feel inadequate by providing a new glittery item and thus promoting materialism unknowingly). Self–motivation, and discipline are most organically developed in this stage.

All these stages can be directly mapped with Mathematical learning. In fact, every stage has its Mathematical counterpart. From the recognition of numerals to stories built around numbers (word problems), and the application of basic arithmetic to real life situation analogies, a child inherently develops an analytical thinking pattern.

Learning Mathematics inevitably impacts our intellect. As Math is not a subject but a life skill. It’s the language of patterns. To attain synchronicity between Math learning and intellectual growth, it is imperative that technology should be made a part of teaching. The socio-economic transformation can only be catalyzed with the conceptualization of new teaching methodologies that include digital tools.