The Beauty of Algebra

"The pure mathematician, like the musician, is a free creator of his world of ordered beauty." -Bertrand Russel 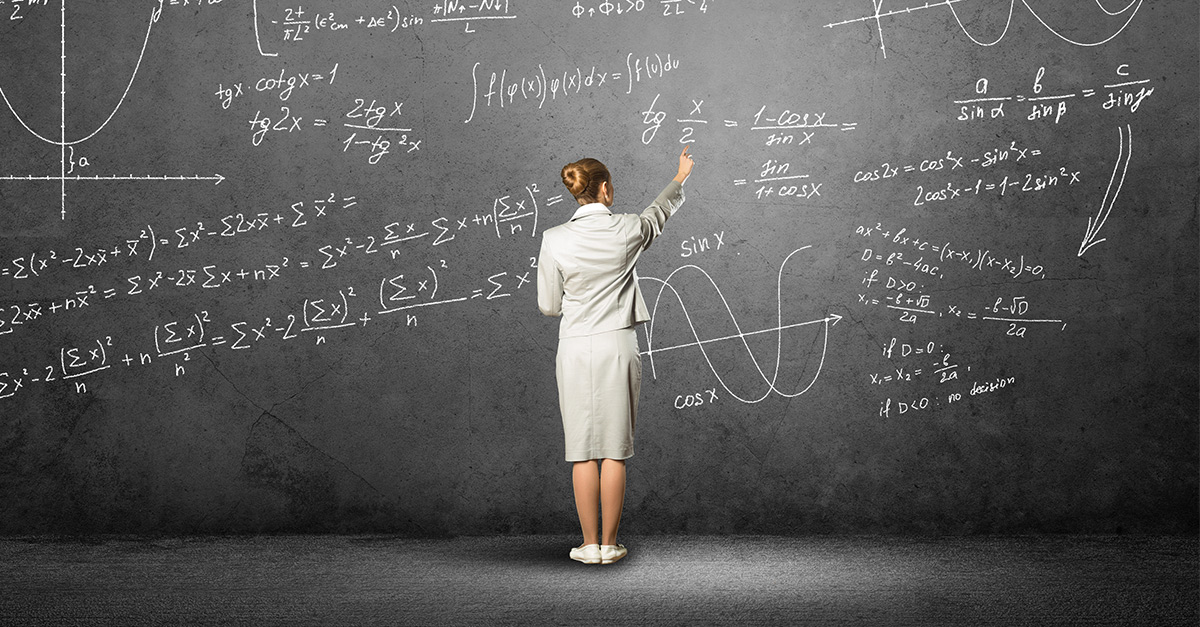 The beauty of algebra lies in its equations; each of the equations defines the relationship between X, Y, and Z. Relationships and connections are all around us.

A science of solving equations

It is a branch of mathematics where we use the alphabet as a substitute for numbers.

Here are some additional points that talk about how to do Algebra. To view them click on the Download button. 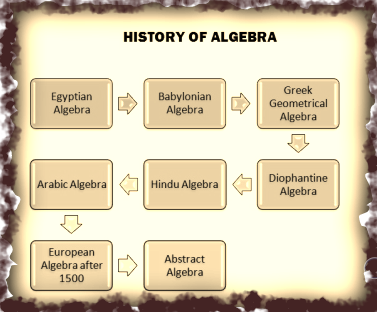 Algebra was first introduced to the world by the Greeks and the Babylonians over 18 centuries ago. In the third century, they devised a system that helped to solve problems with both linear and quadratic equations. In layman terms, it helped them to simplify guess work and to make predictions for everyday tasks.

Guesswork has always existed intuitively as people constantly used known variables to make predictions about an unknown variable which it had a relationship with. The difference with algebra was that it replaced numbers with symbols. Instead of having to wrap your head around large ambiguous numbers, simple symbols were used in their place.

A Simple Example of Algebra’s Value

Instead of stating: “I am finding a number which when multiplied by 8 before having an addition of 2, would give me 50”.

When working with larger sums, complex numbers, and convoluted equations, these symbols allow us to simplify the problems for our minds.

The Basics of Algebra include simple mathematical operations like addition, subtraction, multiplication, and division involving both constant as well as variables. 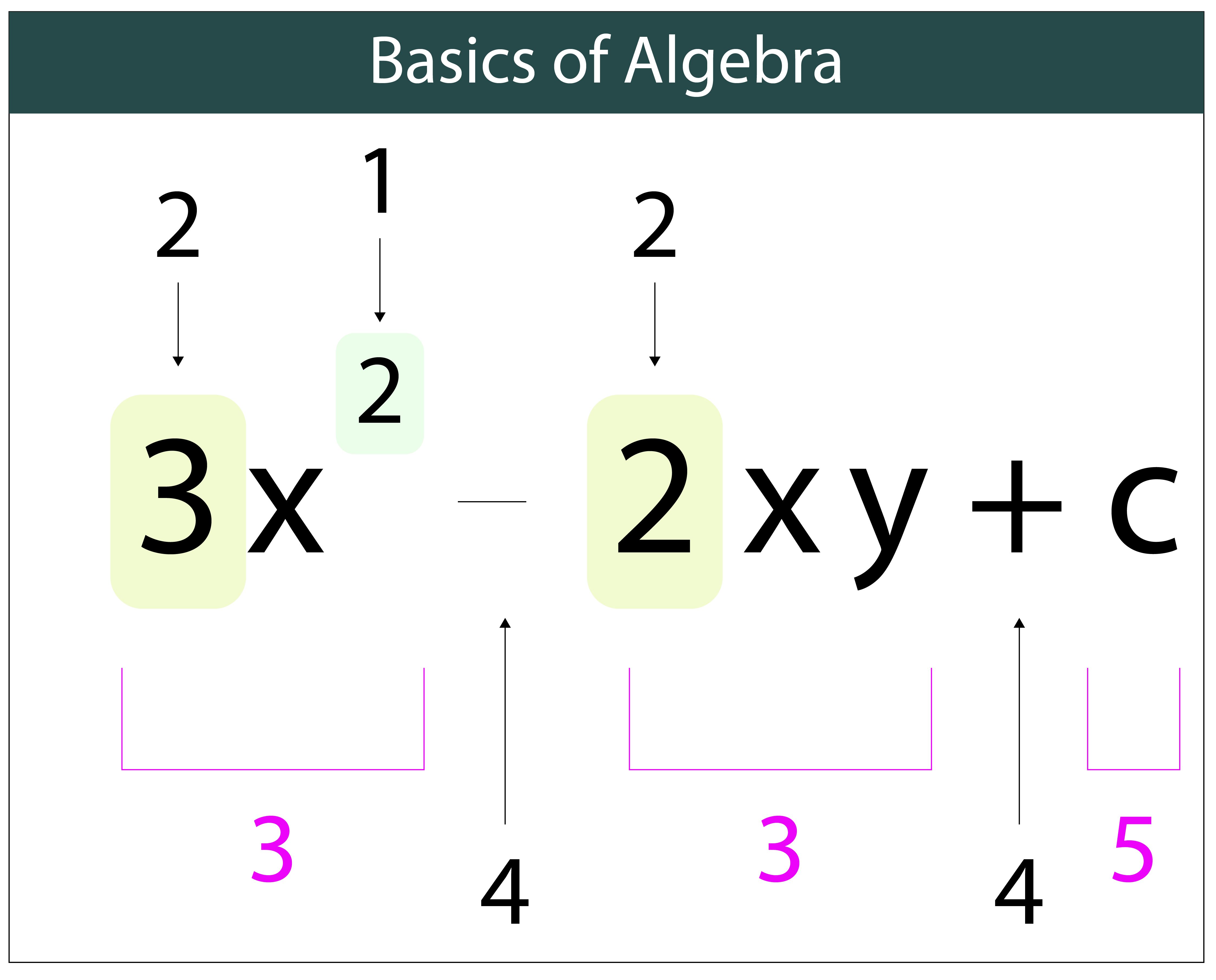 In the given equation, the x and y represent unknown variables which have to be determined.
Whereas 3 and 2 are the numerical values.
C  --is the constant term. 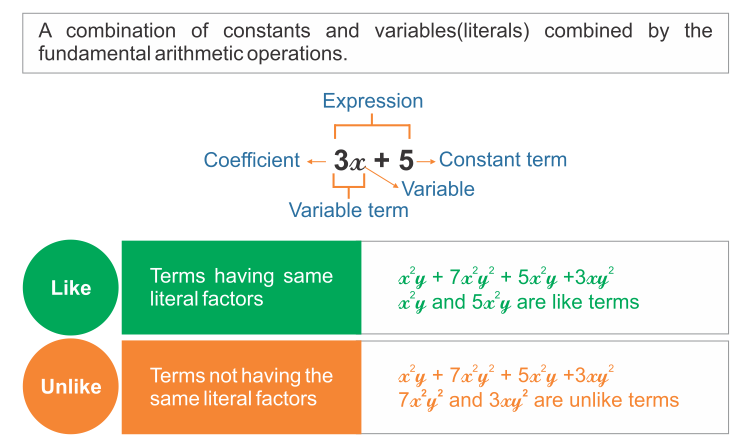 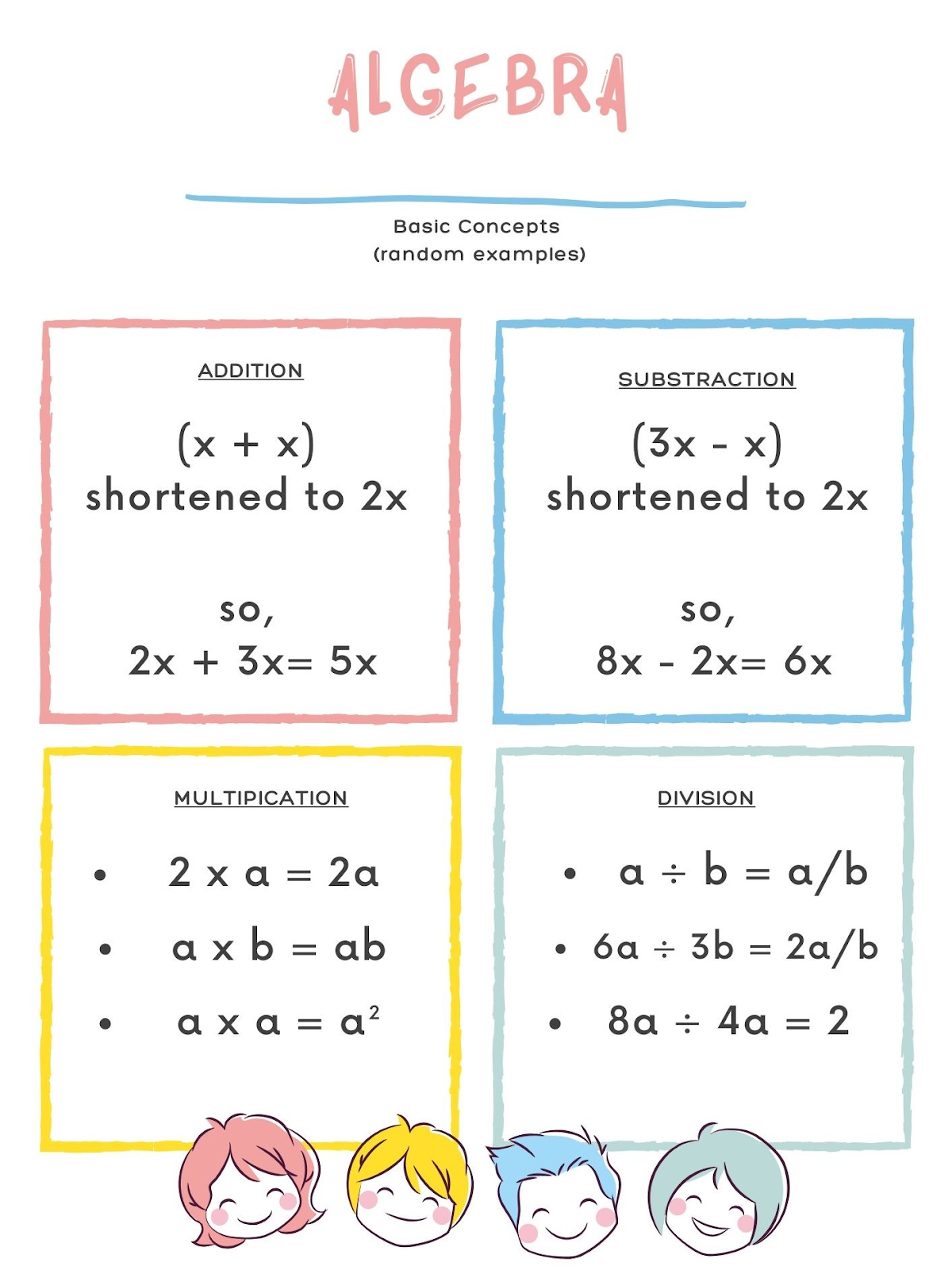 The general arithmetic operations performed in algebra are:

The order of these operations will follow the BODMAS rule, which means the terms inside the brackets are considered first. Then, roots and exponents are operated on second priority, followed by Solving all the division and multiplication operations and later addition and subtraction.

The general formulas used in algebra to solve algebraic equations and find the values of unknown variables are given here: 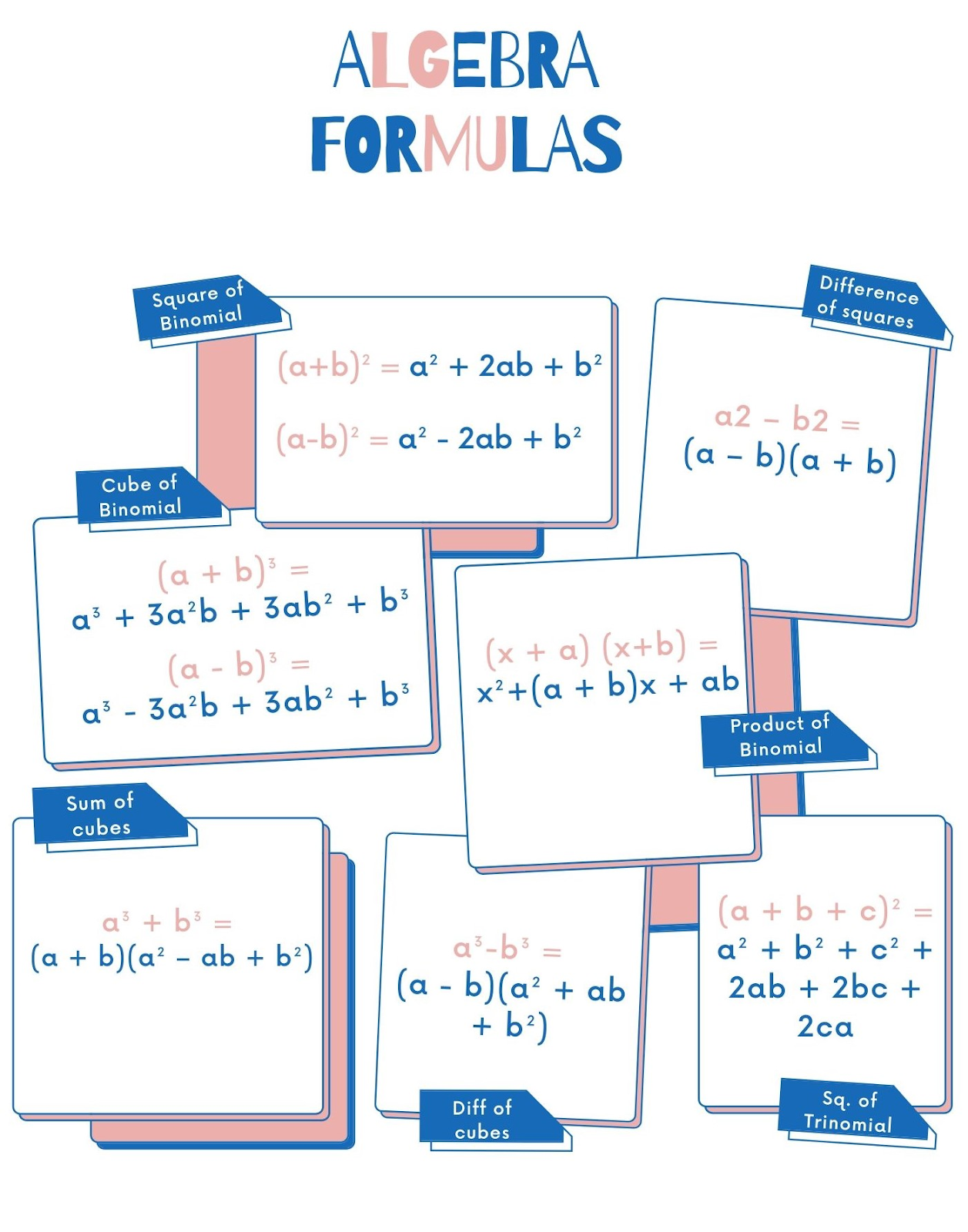 The basic algebraic rules are as follows:

How to Do Algebra

Algebra can be a difficult subject to master. In addition to numbers, there are letters thrown into equations. These letters are called variables, and they represent unknown numbers. It may seem overwhelming at first, but by learning a few basic concepts and doing practice problems, you can be successful in algebra. Once you have learned the basics, you will begin to see how useful algebra is, and applies to situations in everyday life!

A. Understanding Order of Operations 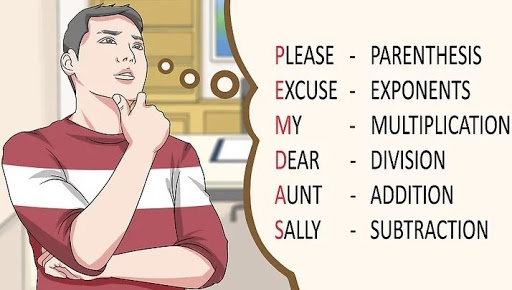 PEMDAS is an acronym to help you remember the order of operations in math. PEMDAS stands for Parentheses, Exponents, Multiplication and Division, Addition and Subtraction. Whenever you are solving a problem, start with the expressions in parentheses and work your way through the acronym, finishing with subtraction. 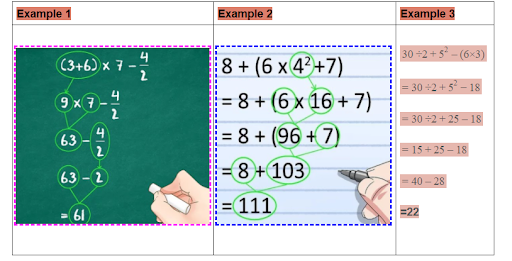 For example, in the above equations 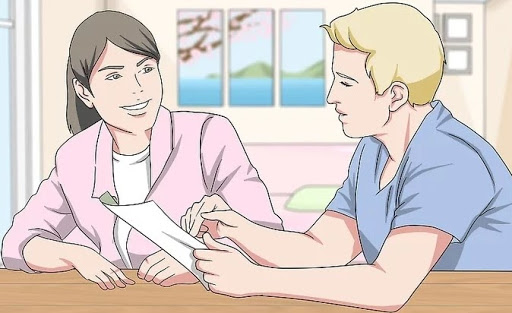 When starting to learn algebra, the material can get overwhelming very quickly. Don’t be afraid to ask your teacher for help or seek out extra tutoring. Even asking a friend who may have a better understanding can be useful.Ask your parents about getting a tutor if you are really struggling.

3.  Isolate the variable on one side of the equation 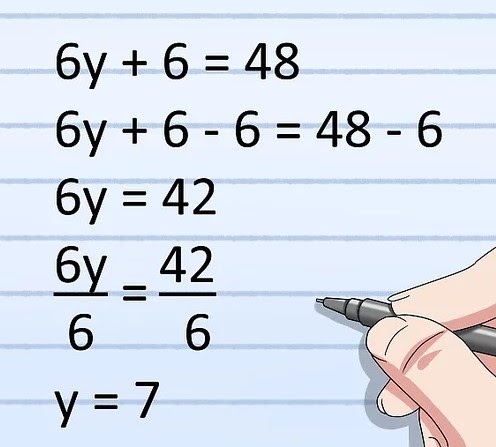 4. Take the root of the number to cancel an exponent 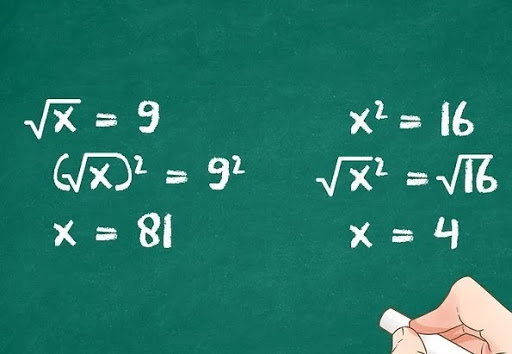 Whenever you have terms that have the same variable, you can combine them to simplify the problem. This helps to keep equations manageable and easier to solve. Remember, terms that have different exponents are not identical terms 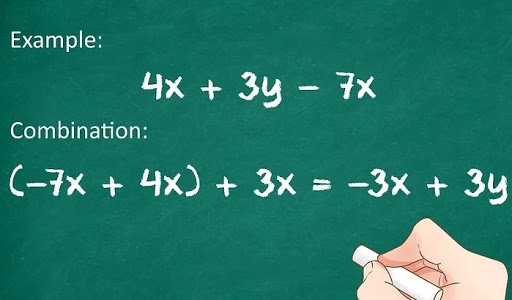 To combine them, add

The art of mastering any concept is practice. Try solving problems with increasing difficulty to truly check your comprehension. Use problems from your textbook or seek out extra problems online. 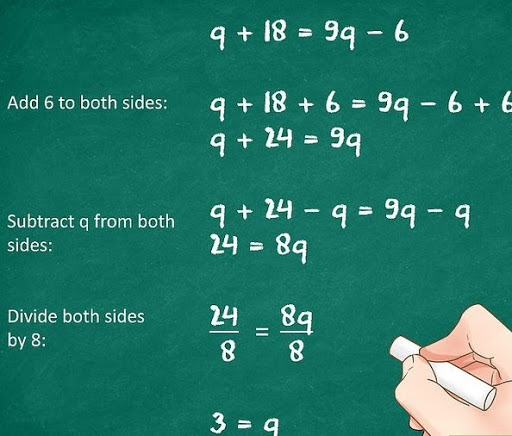 original equation. If the expression is still true, then you have found the correct solution!

If you found that  q=3, to check your answer, 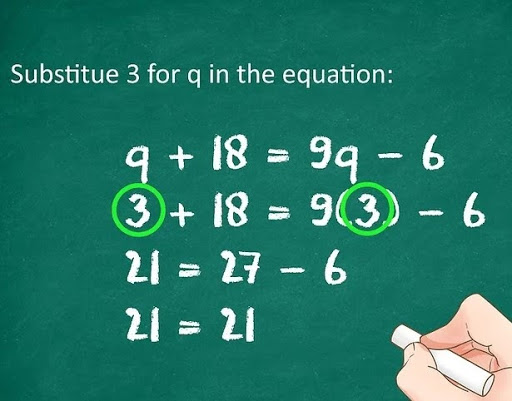 Right! Since the equation is true, you know that your solution is correct. 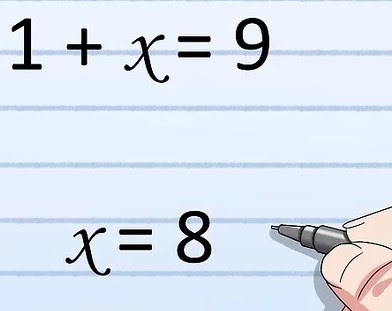 Like any puzzle, there are pieces. Learning how to recognize the numbers and symbols for the placeholders that they are makes the solution much easier to grasp. 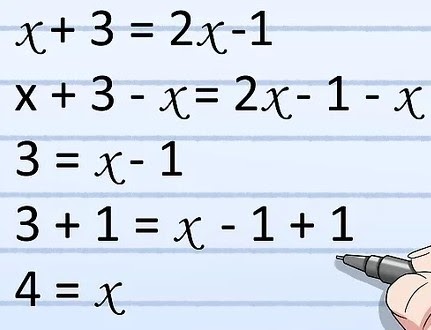 C. Multiplying with the FOIL Method 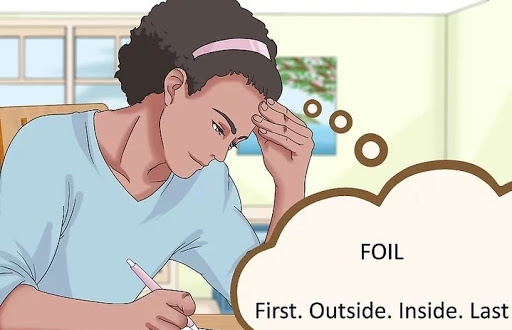 1. Define FOIL. The FOIL method stands for First, Outside, Inside, Last. It is a method used to multiply two binomials together. A binomial is an algebraic expression with two terms, like 5x-3

The “F” in FOIL stands for “First.” The first terms are the terms on the left in each set of parentheses. Remember that when you multiply two of the same variables together, the result is the variable, squared. 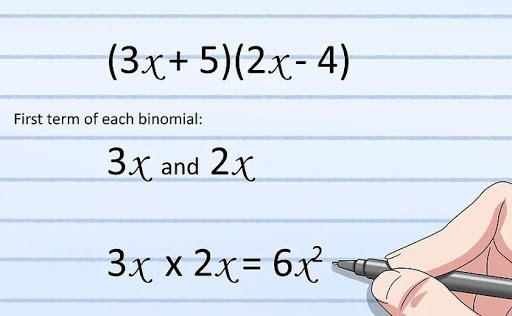 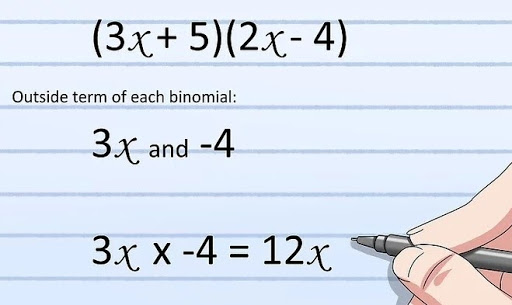 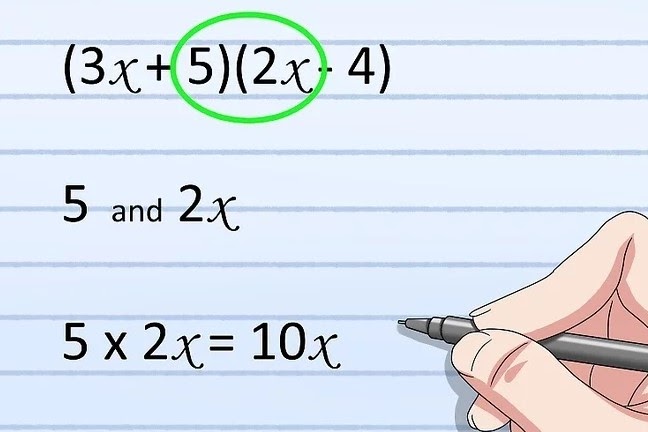 The “L” in FOIL stands for “Last.” The last term of each binomial is on the right. 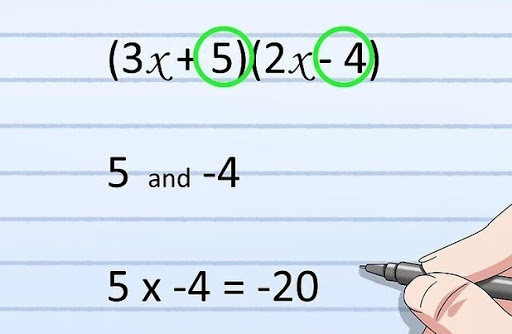 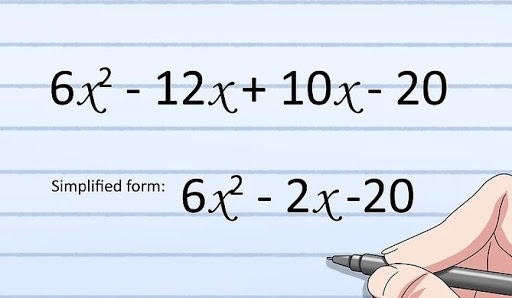 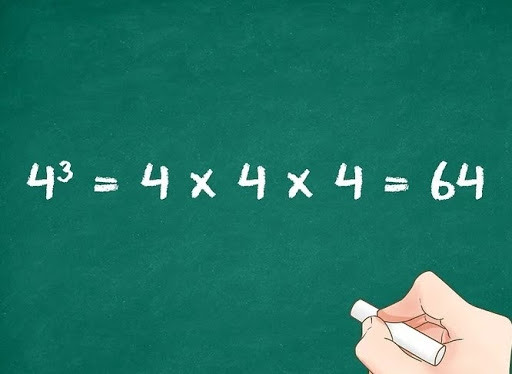 It may be confusing at first to see a variable with an exponent. Just remember, any variable with the same exponent number can be added or subtracted. If the letters are the same, but the exponents are different, they cannot be combined. 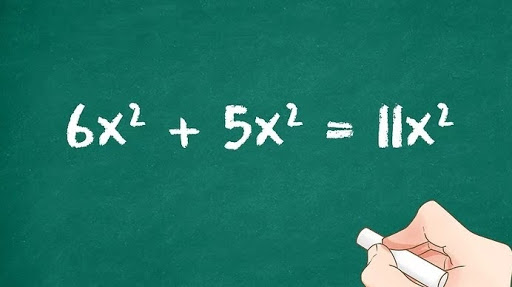 In the above example, the equation is simplified as both the variables have an exponent.

On the other hand, 5z+5z2 cannot be simplified, since one variable has an exponent, and one does not.

3.Add the exponents together when multiplying variables.

If two variables are being multiplied together and they both have exponents, you can add the exponents together to get the resulting exponent. This only applies to variables of the same letter.

4.Subtract the exponents when dividing variables.

If you want to divide two variables that have exponents, simply subtract the bottom exponent from the top exponent. This only applies to variables that are the same letter.

What Is Algebra Good For In Real Life?

Algebra has long been feared by students taking mathematics. Other than the perception of complexity, students also have trouble as they view it as an abstract topic. Without obvious real-life applications, students struggle to make sense of the symbols and equations used.

Yet, algebra at its core was invented as a tool to help us solve problems that existed in the real world. As such, the value of algebra can only be understood by first looking at its origins.

The Application of Algebra

For most students, mention the application of algebra and we think of concepts such as:

All of these concepts do use algebra to express their various relationships and formulas. This makes algebra an integral part of them. However, these concepts again remain largely abstract in students’ eyes.
To give context of the usefulness of algebra beyond your school, here we collected a list of examples where it is utilised.

1.Algebra in Our Everyday Activities 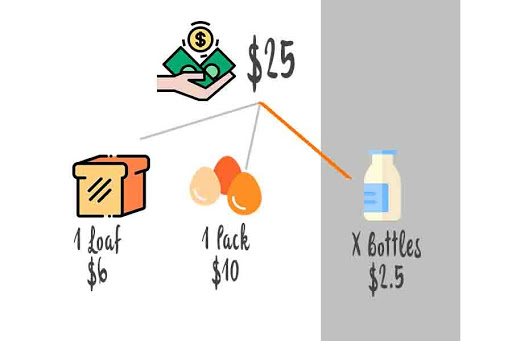 Budgeting in a Supermarket

Algebra is intuitively used in daily budgeting. Take the example of a grocery trip to a supermarket.

A simple equation can be used to determine how much milk to buy:

While most people will not explicitly create this equation in their minds, they do intuitively express it in a different form when calculating: 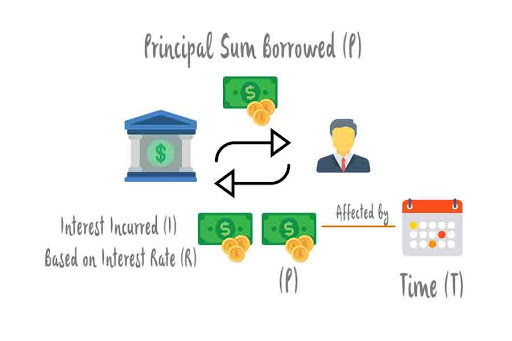 A. Bank Interest on Loans

When you secure a loan from a bank, you will most likely be required to pay back more than the principal borrowed. This is due to the incurring of interest over the duration of the loan. The simple interest amount can be calculated based on the following formula:

I: Simple interest
P: Principal amount borrowed
I: Interest rate, which is set by the bank
T: Duration

Calculating and projecting the simple interest incurred on a loan will help you to determine the duration in which is optimal for you to repay the loan within.

All businesses incur cost in the production of goods which are required in order for a profit to be made from their sale. Through careful planning and forecast, a greater profit can be earned.

The cost and corresponding profit per unit are not constant due to the spreading out of fixed costs among the units produced. As such, it is useful to project the business revenue into the future based on the existing data by using Algebra.

We can forecast the revenue of the subsequent month by the carrying out the following algebra manipulation:

Hence, the business owner will be able to control cost on that specific day by cutting down on the manpower and operating expenses.  This in turn helps to generate the highest profit possible and make sound decision on the

Our final example of algebra involves an indirect but complex application in the world of computer programming. For clarity, you do not need algebra to perform programming.

However, an “algebraic” way of thinking will be of great assistance in coding.

Why do we say that? Programming involves the usage of abstract rules (an equation) to automate the creation of the end result. Within the stated rule, lies various variables which can be expressed as symbols not unlike what

we have covered thus far.

Computer programming employs the same type of logic as found in algebra, however since it is intended for machine automation, further rules are added on. These rules can be thought of an expansion of the base formula.

As such, students who are confident in algebra tend to pick up programming logic at a relatively quicker pace. 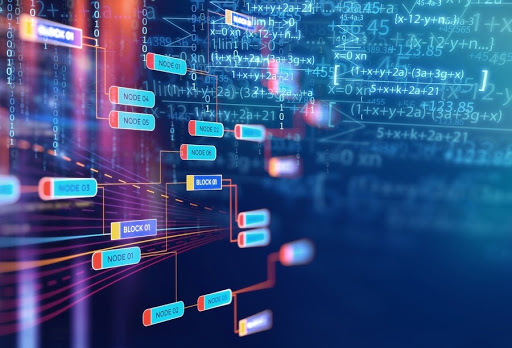 Algebra is applied intuitively or intentionally to solve a host of different problems in the real world. Even where it is not directly applicable, having trained your mind to be comfortable with algebra, you will find success with many other similar concepts.

Remember that Algebra is the beginning of abstract thinking in mathematics. Hence it is imperative that we understand what model they have in their mind and then help to shape that model. Most important thing is to remove the fear of the use of alphabets in mathematical expressions.

Remember that Algebra is the beginning of abstract thinking in mathematics. Hence, it is imperative that we understand what is the model they have in their mind and then help shape that model.

Most important is to remove the fear of the use of the alphabet in mathematical expressions. Make it fun by using puzzles and then inculcate the understanding of function representation.

2. How to enroll in Cuemath?

Visit our website to enroll and know more about our program.

To know more about the beauty of algebra, visit these blogs: