The man who invented the computer, Charles Babbage was an English polymath, philosopher, inventor, and mechanical engineer. He is also the inventor of the Mechanical Computer. Often called the ‘Father of the Computer’, Babbage’s work was a stepping to stone that led to major break throughs in creation of more advanced electronic versions of the computer. 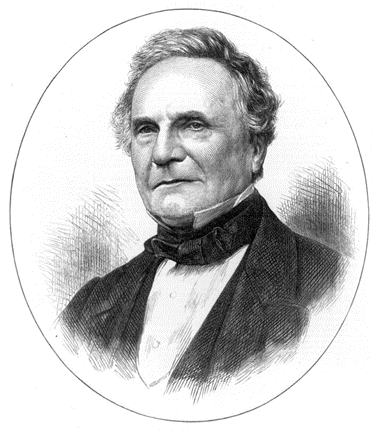 Learn about Charles Babbage, his Early life, his work in Mathematics, his work in Computer Science. The Father of Computing. Here is a downloadable PDF to explore more.

Charles Babbage was lived from 26th December 1791 to 18th October, 1871. He was born at 44 Crosby Row, Walworth Road, London, England. His parents, Benjamin Babbage and Betsy Plumleigh Teape had 4 children. His father worked as a partner to William Praed, founding Praed’s & Co. Later, his family moved to East Teignmouth, to the old Rowdens house. At the age of eight, Charles Babbage suffered from a life-threatening illness. He was sent to a country school, Alphington, near Exeter to recover. He attended the King Edward VI Grammar School in Totnes, South Devon, but he then resorted to Private tutoring due to his health.

Babbage joined the Holmwood academy in Baker Street, Enfield, Middlesex. It was run by Reverend Stephen Freeman and had a class strength of only 30, helping him receive lot of personal attention. The library of the institute induced an affinity for mathematics in Charles Babbage. After attending classes at the academy, he also received private tutoring from two more teachers. The second of which was a tutor at Oxford under whose guidance, Babbage received admission to the Trinity College, University of Cambridge.

He taught himself contemporary mathematics at a young age, and so, he was disappointed in the standard teaching methods offered. With his fellow friends and colleagues John Herschel, George Peacock, and more, he formed the Analytical Society.

He transferred to Peterhouse, Cambridge, where he received a degree without examination. He was one of the best mathematicians but did not graduate with honors. He also defended a sacrilegious thesis in the preliminary public disputation. This created a reputation for him, also bringing him into the limelight.

Apart from being the Father of the computer, Charles Babbage also did the following:

Charles Babbage’s work in cryptography was unknown till a century after his death. He broke the autokey cipher by Vigenère during the Crimean War in the 1850s. This discovery was kept secret by the military. Credit for deciphering it was instead given to Friedrich Kasiski.

The Babbage principle talks about careful classification of labour to maximize output. He believed a lot of skilled workers perform tasks below their abilities. The Labour costs may be cut and efficiency may increase if the workers are giving tasks of their skill level.

Charles Babbage designed one of the first mechanical computers. His machine was not completed due to funding issues. The journey of the Father of computing consisted of 2 essential parts, The Difference Engine and The Analytical Engine.

Charles Babbage began working on the difference engine in 1822. It was designed to calculate the values of polynomial functions by using the method of finite differences.

He worked with Joseph Clement to implement the design. However, soon, the two fell out over cost. It remained unfinished. He then designed the “Difference Engine No. 2”, this was not funded at all. It was finally constructed in 1991, where it performed its first calculation.

The remains of the first prototype lie in the Museum of the History of Science, Oxford. 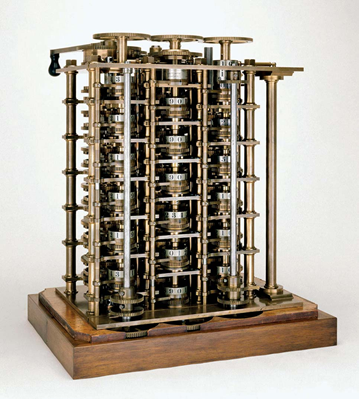 Following the failure of the difference engine, Babbage began working on a more complex design which he called the “Analytical Engine”. It signified the transition from mechanised arithmetic to complete mathematical computation. It was never fully complete as he made changes and improvements time and again. He worked on it until his death. 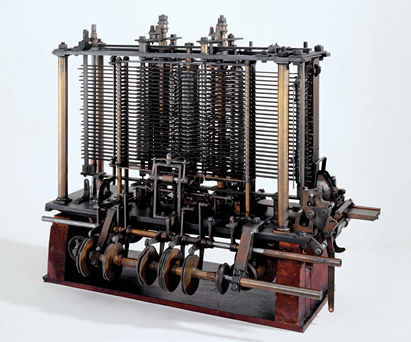 The Charles Babbage will always be remembered; some of his memorials are:

Here are some of Charles Babbage’s most famous quotes:

Charles Babbage may be gone but never forgotten. This blog covers some of his life and his most remarkable contributions to the world. His pioneering work in computing that was pivotal to the first computer ever created. The legacy of the Father of Computing will live on forever.

What is Charles Babbage famous for?

Charles Babbage is known for conceiving the first digital computer.

Who is the father of computing?

Charles Babbage is the father of computing.

Where was Charles Babbage born?

What are Charles Babbage’s inventions?

Who invented the first computer?

Charles Babbage was the first to conceptualize a steam driven machine to calculate tables of numbers. He invented the first computer.