What is Sophie Germain best known for?

Marie-Sophie Germain is one of the most decorated female mathematicians. Apart from her work in mathematics, she is also renowned for her work as a physicist and philosopher. She was born in an era where it was difficult for women to get proper education. Despite this, she made very significant contributions to the world of science. Sophie Germain was born in Rue Saint-Denis, Paris, France, on April 1st, 1776. Her father,  Ambroise-François, is said to have been a wealthy silk merchant by most. He was elected as a member of the General Assembly, which he witnessed change to the constituent assembly. Listening to his meetings, Sophie learned about Politics and Philosophy.

After working as a Politician, her father became the director of a bank and stayed wealthy to support Sophie and her family.

As a 13-year-old, Germain experienced a revolution. The hostile nature of the city forced her to stay indoors. For her amusement, she resorted to her father’s library where she read J. E. Montucla's L'Histoire des Mathématiques, and his story of the death of Archimedes intrigued her.

She thought that if the Geometry was a topic of such great fascination for Archimedes, it was a subject worth studying. Her eyes traversed the pages of every book on mathematics in her father’s library. She even taught herself Greek and Latin so she could read the works of Sir Isaac Newton and Leonhard Euler.

Her family was against her unforeseen obsession with mathematics and discouraged her studies. It was deemed inappropriate for women in those days.

Ecole Polytechnique was an institution founded in 1794 to train scientists and mathematicians in France. Sophie was 18 years old at the time. As a female, she was not allowed to attend the classes of the institution. However, the notes were made available to everyone, and students were expected to submit their written observations.

Sophie submitted her work under the alias of  Monsieur Antoine-Auguste Le Blanc, who was a former student. Joseph Louis Lagrange, a faculty member, received her work. Lagrange was impressed and requested a meeting. Sophie then had to reveal her true identity, and fortunately, Lagrange did not object to her being a woman. He became her mentor. Most Notable Work and Achievements

Sophie worked in tandem with Legendre on his work on the number theory. He mentioned her in his work Supplément to his second edition of the Théorie des Nombres, where he described it as ‘very ingenious’.

Carl Friedrich Gauss’ inspirational work renewed her interest in the number theory. Germain worked for three years to develop her exercises and proofs and wrote to Gauss under the same pseudonym of M. Le Blanc. The letter she wrote also contained some work on Fermat’s last theorem.

In 1807, the French occupied the German town of Braunschweig, where Gauss lived. Sophie showed concern for him, requesting General Pernety, a family friend, to protect him. General Pernety sent the chief of a battalion to see that Gauss was safe. Gauss was confused on hearing Sophie’s name.

Sophie disclosed her true identity three months after the incident, and Gauss was full of praise for her talent, genius, and ‘noble courage’. Sophie Germain did groundbreaking work in Elasticity assisted by Legendre. She submitted her paper in 1811, in the hopes of winning the Academy Prize. She was denied as the judges believed that "the true equations of the movement were not established", even though "the experiments presented ingenious results".

Germain made a second attempt for the prize but failed, receiving only an honorable mention.

The academy offered a prize for a proof of Fermat’s Last Theorem. This renewed Sophie’s interest in the number theory. She began working on it again; she did pioneering work, making significant progress towards a successful proof.

On June 27, 1831, Sophie Germain died due to Breast Cancer in Paris, France. Despite knowing of her illness, she worked through her pain, publishing a paper on Curvature of elastic surfaces. Her work was recognized and admired by the University of Göttingen, who decorated her achievements with a posthumous honorary degree. 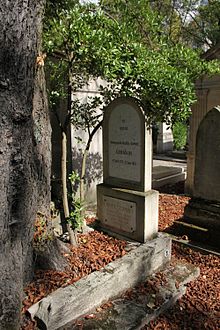 The Sophie Germain prize is an award offered by the Academy of Sciences in Paris honoring this great French Mathematician’s memory.

Sophie Germain was noble, courageous, and genius. She overcame the societal prejudices to follow her passion and do exceptional work in mathematics and physics.

She is one of the first women to do so, and her work had a profound impact on society. Sophie continues to serve as an inspiration to thousands of women today.

What is Sophie Germain famous for?

Apart from her battle against social prejudices, Sophie Germain is famous for:

What did Sophie Germain do for a living?

Sophie Germain was a mathematician, physicist, and philosopher.

How old was Sophie Germain when she died?

What are Sophie Germain primes?

To know more about Sophie Germain, Please visit these blogs: