In daily life, we use the word "line" very frequently and casually. But in Geometry's fantastic world, "lines" is considered a very core factor. The corners and lines collectively construct some basic shapes in Geometry.
For example, the rectangle is formed by putting together 4 lines at 90°.

The "line" is a mark or stroke connecting two dots. (usually to measure out the distance in those specific two dots).

Lines have a very descriptive and specific definition. A line is a one-dimensional object. It is made of a set of points, flowing infinitely towards both of its directions. It has a length but no width.

Equations can define geometrical lines and their properties. We can also determine the type of lines by seeing if they cross each other and which angle it is forming. The study of it throws light on types of lines.

When two or more lines running alongside each other, without a change in distance between them, and without a meeting, they are called Parallel Lines.

A prevalent example of parallel lines is two sides of the ladder. The two sides of ladders have equal distance and never meet.

You can have a look at your notebook. Both opposite sides of it have the same distance from the beginning till the end.
Here we will have a little diversion. You can see a notebook has a rectangle shape.
Any Rectangle is formed of equal lengths of parallel lines on its opposite sides.

Try to look around and find objects which are formed by Parallel lines. It will be a FUN activity.

When two or more lines cross each other and form an angle of 900, they are perpendicular lines. 2] 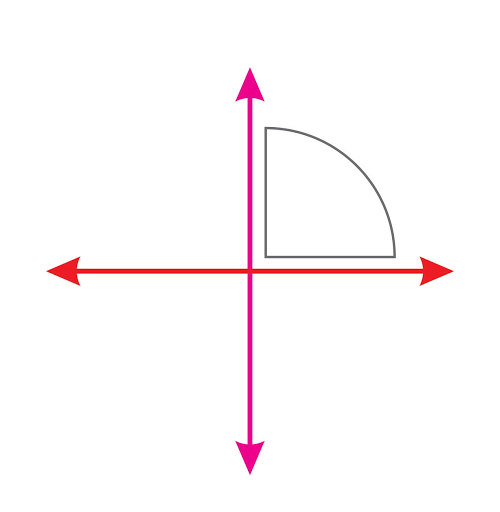 A very commonly seen example of Perpendicular lines is a mathematical sign of “plus.” 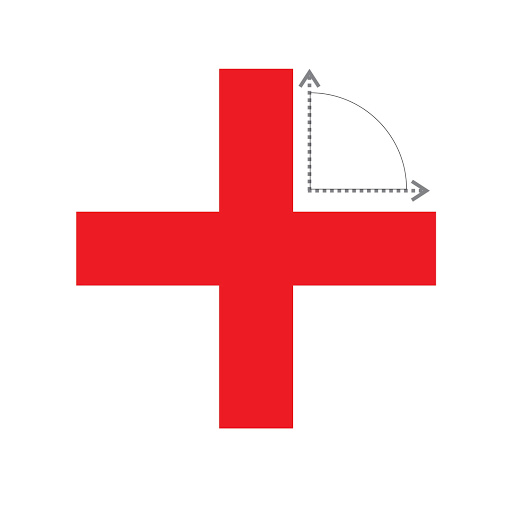 The intersection of 2 lines forms the sign of  “+.” Both these lines cross each other and form a Right angle.

The lines that intersect are called transversal lines. In the given image, the line “a” and line”b” cross each other and hence called the Transversal line. 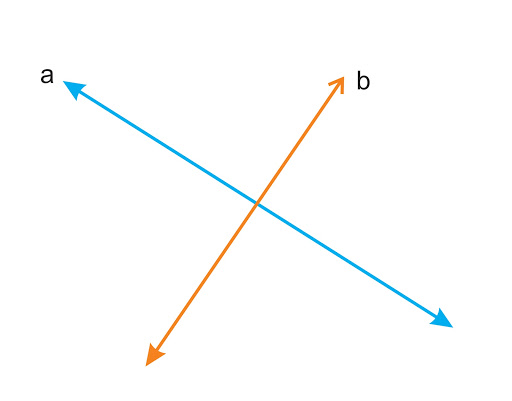 We will solve some worksheets to know more about transversal lines.

The Slope of the line:

Word slop indicates moving in a specific direction, either upward or opposite directions. In Geometry, the slope of a line is a number indicating the direction and steepness of a line. It is represented by “m”.

The slope of a line is very useful while reading graphs or charts. One can easily represent/study the behavior of the units on X-coordinates and Y-coordinates by calculating the slope of lines dotted on the graph.

Let's see How to calculate the slope of the line:-

Step 1 - Gets the difference between 2 points on Y-coordinates. 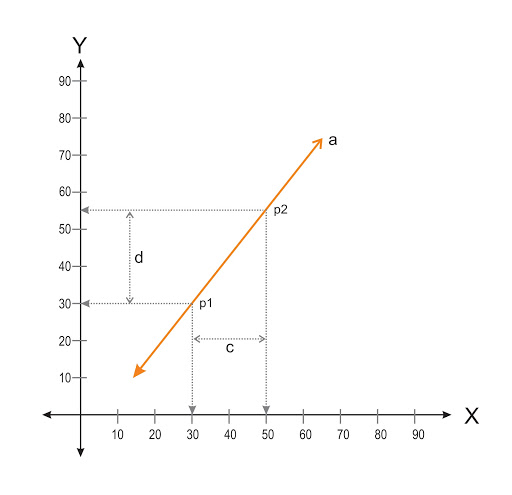 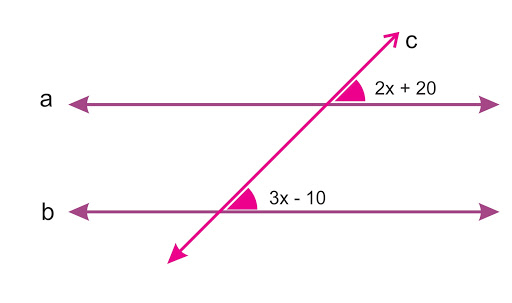 As we learned, when transversal lines intersect parallel lines, the corresponding angles formed are equal.

It proves both corresponding angles are equal. 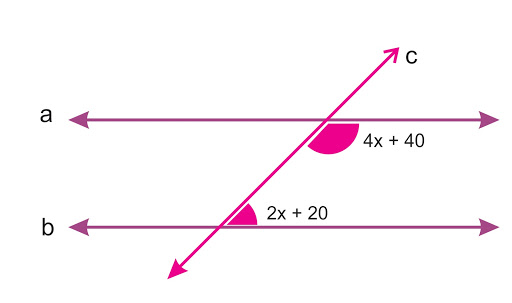 As per properties of parallel lines, intersected by the Transversal line, Sum of consecutive interior angles is equal to 1800.

Defining Types of lines, and their equations with each other can be an exciting part of the study. When these lines are drawn to define specific information in a chart, it becomes. Self-explanatory.
Also, lines are a very important element in forming Geometric shapes.
Thus the practical implications and study of different types of lines are beneficial in many ways.

What are the properties of parallel lines? 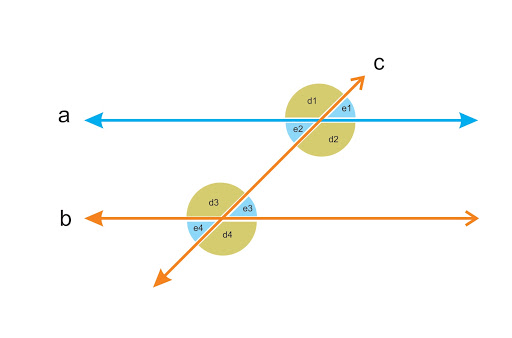 Here we can see all alternate interior angles e1. e2, e3, and e4 are equal Also

Which geometrical shapes are formed by a set of perpendicular lines/parallel lines?

What are the properties of Perpendicular lines?

They form a right angle at the point at which they intersect each other.

What are the properties of Transversal lines? 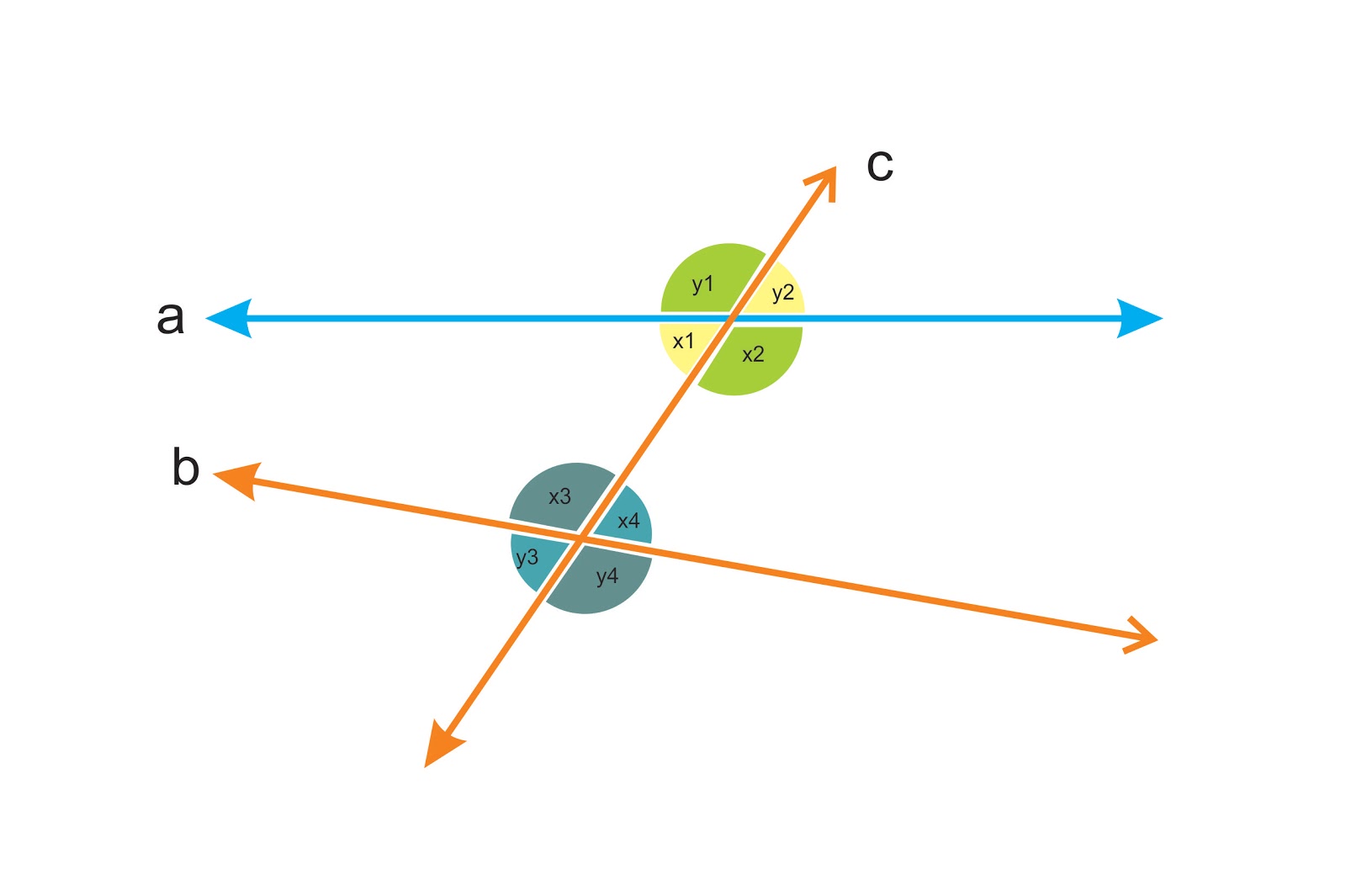 How many types of slopes are there and their names?

What is the relationship between the slopes of two parallel lines?

What is the relationship between the slopes of two perpendicular lines?

The slopes of two perpendicular lines are always the negative reciprocal of one another, i.e. if you multiply the value of the slope of the two lines you will always get -1.