The Life of Hero of Alexandria

At the coast of Ancient Egypt stood a great city called Alexandria. While the Romans thought of war and the Greek thought of Philosophy, In Alexandria, they thought of thought itself.

Alexandria's halls once echoed to Plato, Aristotle, and Archimedes' footsteps, but you may have also found another less well-known face here.

He wasn’t a philosopher or poet but an inventor, and he almost started an industrial revolution 2000 years ago. They called him ‘Mechanicus’ or ‘Machine man,’ but we know him as Hero of Alexandria, also known as Heron of Alexandria.

Many of us may know him through Heron’s formula, which is used extensively in math to find the area of a triangle.

Heron was very good at mechanics, and he built a lot of astonishing machines in his lifetime.

Hero of Alexandria was born in 10 AD in the ancient city of Alexandria, Roman Egypt. He was a Greek mathematician, engineer, and a great experimenter.

As a student, he loved spending time in the famous Library of Alexandria. The writings of Ctesibus of Alexandria influenced him a lot. He also invented many machines in his lifetime.

Hero’s ethnicity was either Greek or Egyptian. Hero also taught at the Library of Alexandria(above picture). It is certain because most of his writing is lecture notes in subjects like Mathematics and Mechanics.

The year and reason for Heron’s death are unknown.

Heron did not just dream of the age of machines; he built it. He created some machines that still amaze us today.

Heron is known for his detailed description of 'Hero's engine.' It was a rocket-like reaction engine and the first ever recorded steam engine, and some historians say that this device was capable of useful work. His vending machine was used in temples to dispense out holy water in measurable proportions when a coin entered the machine. Heron also created a mechanical play for the Greek theatre using ropes, knots, and simple machines. This play can go as long as 10 minutes.

The ‘Heron’s Fountain’, a fountain that operates from hydrostatic energy, is also one of his creations. In optics, Heron formulated the principle of the shortest path of light. It states that if light has to travel from point A to point B, it will take the shortest route possible.

Hero was also a strong follower of atomists. It means that he believed that the world is composed of fundamental, indivisible components called Atoms.

Today, None of his devices survive, and we know almost nothing about the man himself.

We know about his marvelous machines because of the books Heron wrote on how to build those machines.

Incredibly, copies of some of those books survive. They open a window on the beautiful mechanized world Heron knew.

It is still possible to find a copy of his work at Oxford University. Though the original work is long gone, one can find the copies made in the sixteenth century.

Aside from being a successful mechanical engineer, he also made some vital contributions to mathematics and geometry.

His most notable contribution is Heron’s formula, which is used for finding the area of triangle when all the three sides are known.

It is quite useful, as using the formula requires us to know the height of the triangle, which is sometimes not trivial to find.

So if we have the length of all three sides, it is much easier to apply Heron’s formula. 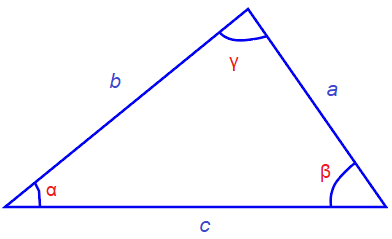 According to Heron’s formula, the area of triangle can be obtained as:

By replacing the given variables in Heron’s formula with their values, we can successfully find a triangle’s area.

Apart from the area of triangle using Heron’s formula, Hero also developed an iterative method for computing square roots, variations of which are used in computers today.

Heron mastered geodesy, another branch of mathematics related to finding the size and shape of the earth and locating objects and areas on it.

The man they called 'Mechanicos', Heron of Alexandria was quite simply the master of mechanics.

His inventions were way before their time, from the world's first slot vendor to the steam-powered machine. He made wondrous mechanical machines for the temples, the home, and the theatre.

His inventions completely blew the ancients away as they saw these magical machines in action.

For math students, Heron of Alexandria would always remain a critical figure due to his famous Heron's formula to calculate the area of a triangle.

Who was Hero of Alexandria?

Hero of Alexandria was born in 10 AD in the ancient city of Alexandria, Roman Egypt. He was a Greek mathematician, engineer, and a great experimenter.

When was Hero of Alexandria born?

What are the Inventions of Hero of Alexandria?

What is Heron's formula?

Heron's Formula is used to find area of triangle by using the length of all three sides.