Vectors and their Operations 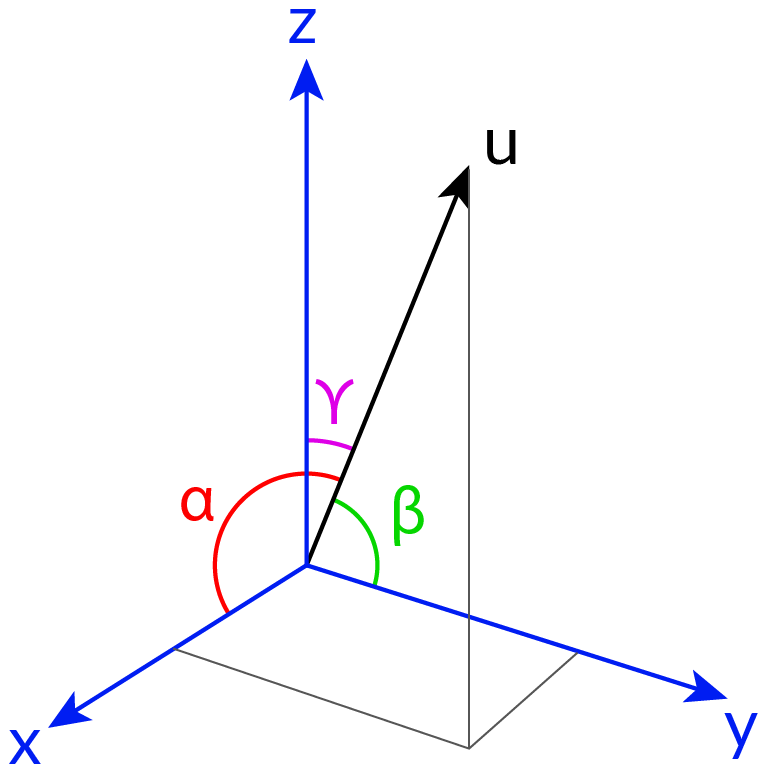 What is a vector?

How are vectors used in mathematics?

A Vector has both magnitude and direction. Vectors are widely used to describe physical quantities. This blog will talk about performing different mathematical operations on vectors, finding the angle between two vectors with examples.

Vectors and their Operations - PDF

How are vectors different from scalars?

Vector: Both Magnitude and Direction are present.

How to find the magnitude of a vector?

How to calculate the magnitude of a 2D vector? Having only x and y axes.

Vector is given as \(\rm{A} = (6, 8)\), then apply the Pythagorean theorem, it's a square root of the sum of the square of the magnitude and the direction of the vector A.

Unit vectors Whenever the magnitude of a vector has the value \(1\), it is called a unit vector. To find the unit vector in the direction of a, you simply divide the vector by its magnitude.

What are the different Vector Operations?

There are so many operations are performing on vectors are as follows:

When we are placing two vectors \(\rm{A}\) and \(\rm{B}\) end to end, the vector from the start of the first vector to the end of the second vector is their addition of vectors and it is represented as \(\rm{A + B}\), a vector addition can add any number of vectors. 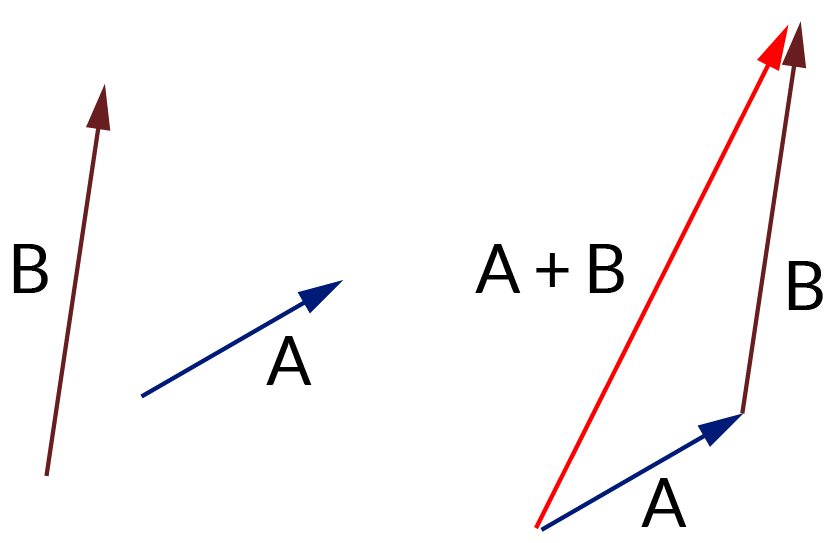 Laws of the addition of vectors: 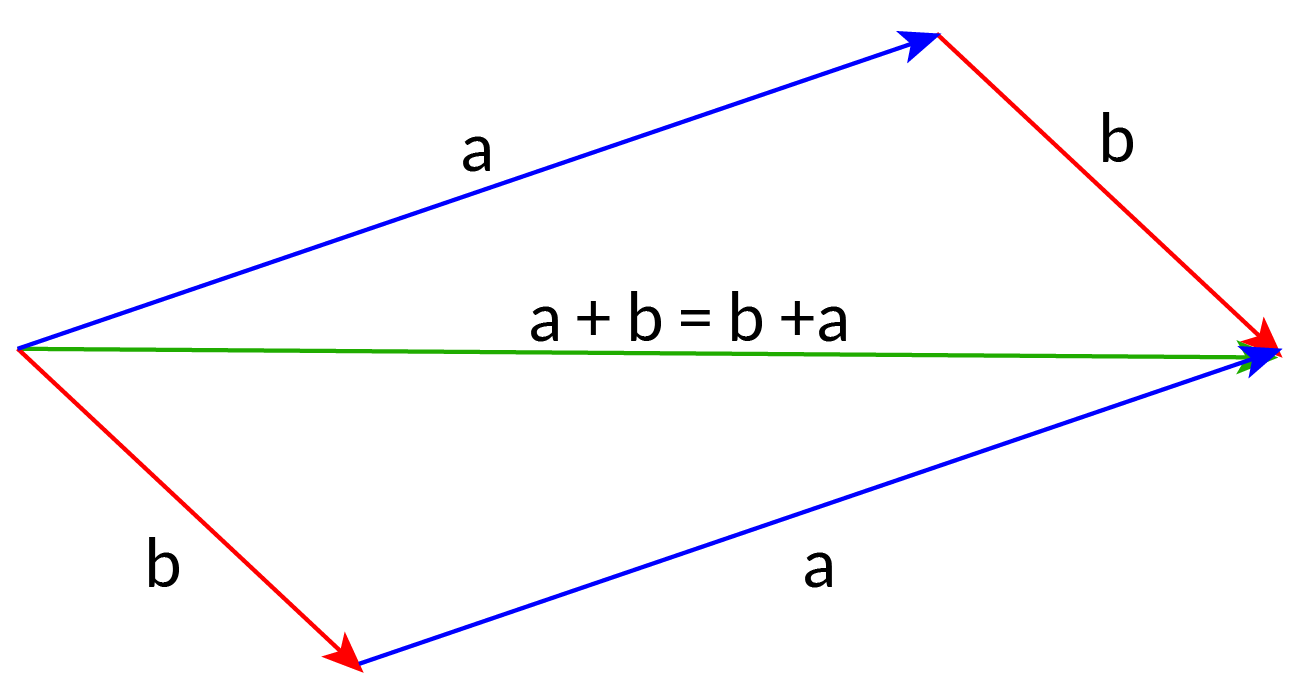 The sum of the vectors a and b, then Added with c which is equal to the sum of b and c is added with a.

Example: - a is the opposite of -a, both have the same magnitude. How to multiply 2 vectors?

Vector multiplication is doing the product of two or more vectors with each other. It may be a Dot product or cross product.

It involves the multiplication of two vectors, giving a scalar quantity. It is also known as “Scalar product”. It is defined as the product of the magnitudes of the two vectors and the cosine of the angle between the two vectors.\( θ\) applies in both 2D and 3D. Thus, One of the useful examples for the dot product is to calculate the geometric calculations of the mirror reflection from a surface. The dot product of orthogonal (perpendicular) vectors is zero, so a. \(\rm{b} = 0\) then we know that the vectors must be orthogonal.

The cross product of the two vectors is a vector that is perpendicular to its original vectors. A binary operation is involved in two vectors that give another vector. This is also called the “vector product”.

It is defined as the product of the magnitude of two vectors and the sine of the angle between the two vectors. Where n is the unit perpendicular to the plane determined by the vectors A and B.

How to multiply a vector by a scalar? The direction will remain the same here, but its magnitude is increased by four times.

How to find the angle between two vectors?

Two vectors are separated by angle 𝛉. To calculate the angle between the vectors using the following formula. We know that the dot product of the vectors is given by, “\(\text{a .b} = |\text{a} | |\text{b} | \text{cosθ}\)” 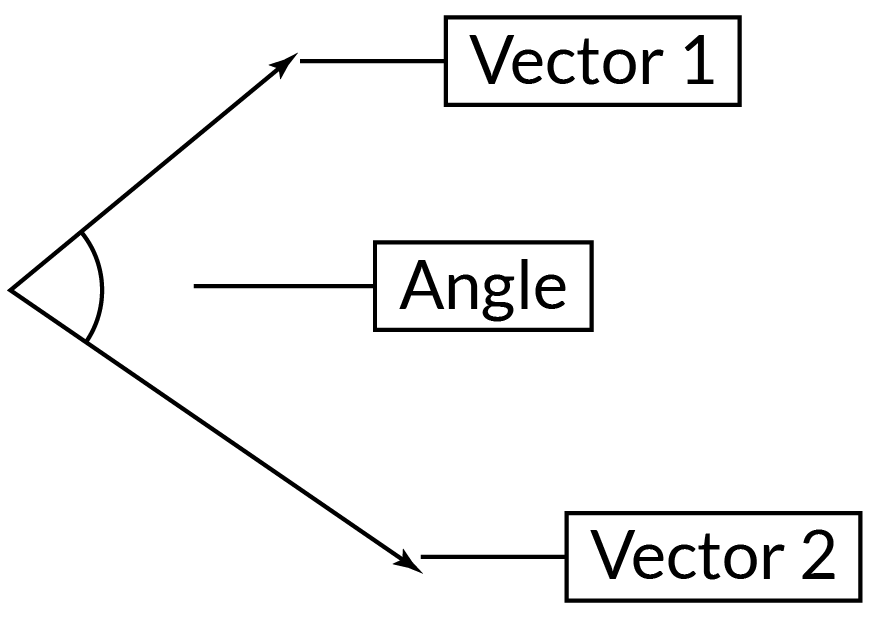 How are Vectors used in geometry?

Now take the midpoint M of the line OA, and the mid-point N of the line OB, and join M to N with a line. Can we say anything about the relationship between the line MN and the line? We can answer this very easily with vectors. We can write the vector for the line segment AB as \(\text{AO + OB}\). Now AO is the reverse of the vector a, so it is -a. And OB is the same as the vector b.

Now we can compare AB and MN. From our calculation, we can see that MN is \(\frac{1}{2}\text{AB}\). So, as this is a vector equation, it tells us two things. First, it tells us about the magnitude, so that \(\text{MN} = \frac{1}{2}\text{AB.}\) Also, it tells us that MN and AB must be in the same direction so that \(\text{MN//AB.}\) This is called the mid-point theorem for a triangle. It states that if you join the mid-points of two sides of a triangle then the resulting line is equal to half of the third side of the triangle, and is parallel to it.

Here, we discussed vectors, the magnitude of vectors, operations like Addition, Subtraction, Dot Product, and Cross Product of Vectors. We also covered the angle between two Vectors with suitable examples.

Learning about vectors requires consistent practice and a complete grasp of the concept. Practice problems regularly to master the concept. Learn mathematics with us, sign-up for a free trial.

What is the difference between scalar and vector? (Scalar vs Vector)

What are orthogonal vectors?

Orthogonal vectors are perpendicular to each other i.e. the dot product of the two vectors is zero.

What are the orthonormal vectors?

What are linearly independent vectors?

An orthogonal set of non-zero vectors is linearly independent.

What are unit vectors?

A unit vector has a magnitude (length) is one.

What are parallel vectors?

Parallel vectors have the same direction angles but may have different magnitudes.

The dot product of two perpendicular vectors is zero.