Trigonometry Table deals with various angles and their corresponding trigonometric ratios. The trigonometric values of various standard angles are useful to have in-hand as they are used heavily in many real-life applications in geometrical, navigational (e.g. in ships and lighthouses), and various other areas. Some standard angles have been universally used which include 0°, 30°, 45°, 60°, and 90°. These have heavy applications and are commonly used which make knowing their value even more important. Hence, a Trigonometric Table has been carefully formulated to tabulate the trigonometric values of the various trigonometric ratios of standard angles. This table is introduced in trigonometry class 10 itself.

Mathematics is the foundation for many other subjects in higher classes. So, it would act as a bonus point for your child, if his/her basics of mathematics are strong enough from the primary classes themselves. The introduction, applications and few real-life examples of trigonometric table are mentioned below in the Downloadable PDF.

What is a Trigonometric Table?

The Trigonometric Ratios Table is as follows:

A few things to be noted in the Trigonometry Table are, 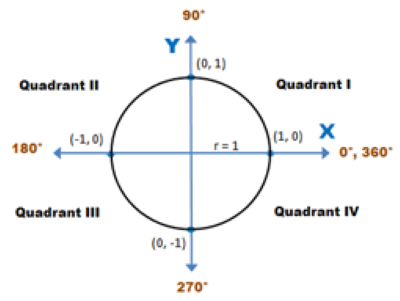 How to Learn Trigonometric Table?

The Trigonometry table might seem intimidating at first, but it can be easily generated by only the values of sine for the 8 standard angles.
Before generating the table, certain formulas must be followed and hence should be at the back of your head.

Applications of Trigonometry in Real Life

Why are we learning the trigonometric table? Why is it important for us to familiarize ourselves with trigonometry? It is because trigonometry holds a very important role in various aspects of our lives. And keeping a trigonometric ratios table ready to use can come very handy.  Some of these include

Astronomy
It is used to find distances between planets, sizes of celestial bodies and even removing parallax effects. It has had heavy applications in finding the distances between nearby stars and planets from the earth. 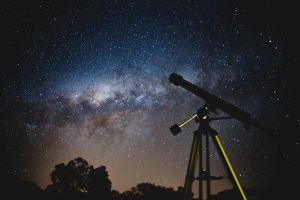 Navigation
Trigonometry has been used for setting the various directions which include the primary 4 and the combinations of the four. It helps in the usage of compasses and even to approximate locations. It is most commonly used in ships to calculate distances from shores and lighthouses. Criminology
Trigonometry is also used to approximate projectiles and trajectories. It is also used to calculate the angle at which bullets could have been fired and what could possibly have caused collisions in accidents.

Measurements, Distance and Heights
Trigonometry finds its application in calculating heights of buildings, large measurements of mountains using the angle of elevation and angle of depression along with the values of their trigonometric ratios. It is even used by marine biologists to calculate depths under the sea for observing different phenomena.

Computer Graphics and Video Games
The concept behind producing computer graphics for video gaming lies heavily on trigonometry. This includes the motion of characters, objects, and flow of the games. One of the most famous applications of trigonometric ratios, trigonometric values, and the various graphs of the sine, cos, tan, etc. is Super Mario. The motion of Mario jumping over obstacles is all thanks to the projectile motion and the trigonometric concepts behind it. Oceanography and Naval & Aviation industries
It is used to calculate the various heights of tides. It is even used by aviators. Engineering
One of the main examples of the real-life application of trigonometry is in various branches of engineering. This includes civil engineering and construction, mechanical and even a little bit in electrical.

Trigonometry has applications in various fields such as science, criminology, computer graphics, navigation, oceanology, etc. Hence, it is important for us to have such a collection of trigonometric values handy.

A sin cos table is another name for the Trigonometry Table which consists of all the trigonometric values of ratios of standard angles including sine function and cosine function.