Coordinate Geometry involves the use of algebraic processes in the study of geometric problems and also the geometric interpretation of algebraic equations.

It is important that the reader be able to not only use algebraic processes but also to understand them fully if he is to apply them with confidence.

A system of geometry where the position of points on the plane is described using an ordered pair of numbers.

It is so-called coordinate geometry because it uses the treatment of geometric problems a system of coordinates, which associates with each point of a geometric figure, a set of numbers coordinates so that the conditions which each point must satisfy can be expressed in terms of equations or inequalities ordinarily involving algebraic quantities and at times trigonometric functions.

It is also called Analytical Geometry as it describes the link between algebra and geometry, where there is the use of curves and lines on graphs.

Coordinate Geometry involves the use of algebraic processes in the study of geometric problems and also the geometric interpretation of algebraic equations. Here is a downloadable PDF to explore more.

Here is the figure which shows the concept of Coordinate Geometry. 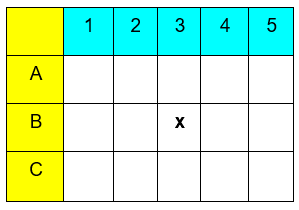 As a basis for the definition of coordinates, we take two lines perpendicular to one another, which are called the x-axis (X) and y-axis (Y) respectively; their intersection is called the origin (O). 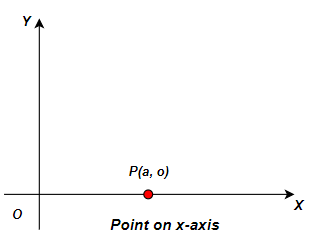 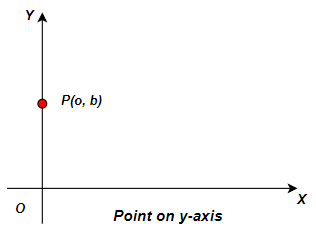 Distance between Two Points on the Same Coordinate Axes If the point P(x, y) divides the line segment joining A(x1, y1) and B(x2, y2) internally in the ratio m:n, then, the coordinates of P are given by the section formula as:

This formula is useful to determine the coordinates of point P on line segment AB.

Let's say we have a line segment AB

And a point is marked on the line

The ratio in which this point is marked is m:n

Applying the above section formula we can find coordinates of P

Taking above section formula as a base, when point P is marked exactly on center of a line segment AB where Coordinates of A =(x1, y1) and B = (x2, y2)

The ratio in which this point is marked is m: n

As it is exactly in center by f line segment the ratio is 1:1

Where A is the area of the Δ ABC.

This is one of the ways to find the area of a triangle using Coordinate Geometry. 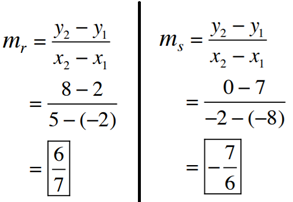 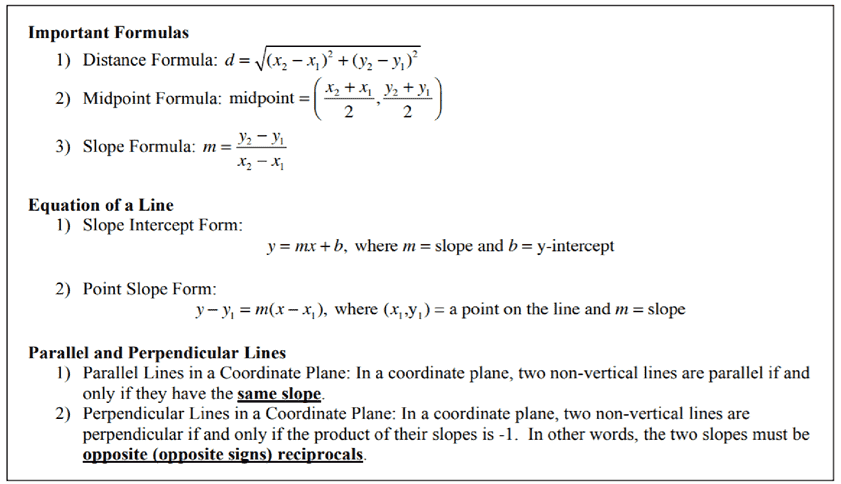 Question 3: Study the graph and answer the following question. Question 5: Students of a school are standing in rows and columns in their playground for drill practice. A, B, C and D are the position of the four students as shown in the figure. 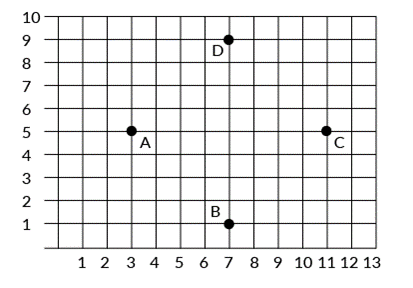 If Mohit wants to stand in such a way that he is equidistant from each of the four students A, B, C and D then what are the coordinates of his position?

Question 6: To raise social awareness about the hazards of smoking, a school decided to start the "No smoking campaign". A student is asked to prepare a campaign banner in the shape of a triangle shown in the figure. If the cost of 1 cm2 of the banner is ₹2, find the cost of the banner. Cuemath, a student-friendly mathematics and coding platform, conducts regular Online Live Classes for academics and skill-development, and their Mental Math App, on both iOS and Android, is a one-stop solution for kids to develop multiple skills.

This method was introduced by Rene Descartes in La Geometric, published in 1636; accordingly coordinate geometry is sometimes called Cartesian geometry.

Where do we use coordinate Geometry?

Below are Applications of Coordinate Geometry.