Introduction to Data Handling and Examples

What is Data Handling?

Data-Handling is a concept, using which informative details can be extracted from a given set of data values. This article will help you understand the concept of Data-Handling with examples. Also, how data handling is used in our daily lives, other than being used in industries and businesses.

Facts and figures make data. Data refers to files of information, no matter what the format be. Formats of data include text, images, audio, video and many more. In other words data can be considered as everything that can be written and or read.

Introduction to Data Handling and Examples

Data handling is the process of ensuring that research data is stored, archived, or disposed of in a safe and secure manner during and after the conclusion of a research project. This includes the development of policies and procedures to manage data handled electronically as well as through non-electronic means.

Introduction to Data Handling and Examples is mentioned below in the Downloadable PDF.

What is Data in Maths?

Data can be broadly classified into 2 types.

The information shared in the above image can be represented in numbers as below, which forms the Table Data and this includes numbers.

Similarly, the same information is represented graphically below, 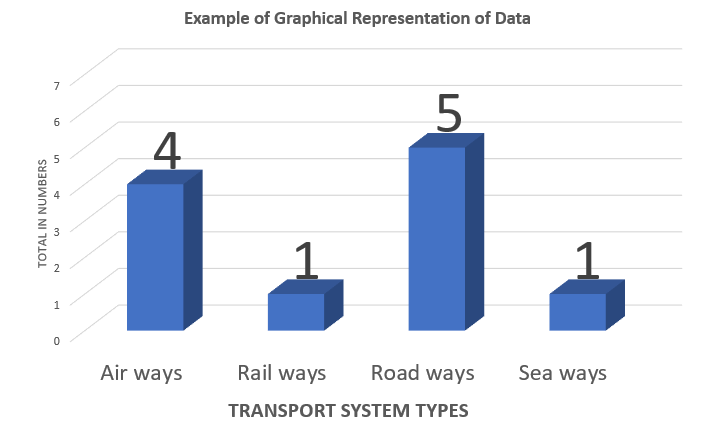 This is how data is converted to information through Data-Handling.

Let us take an example in detail.

Products that are made of GLASS, are prone to break very easily. Ram needs to send a glassware to his mother as a surprise gift on her birthday. Ram gets the glassware packed and heads to the courier office to have the gift parceled.

Except for Ram and the person who packed the gift at the shop, others do not know what is packed inside the gift box. This gift box which is now in the form of a parcel, will change hands moving from one person to another until it reaches Ram’s mother.

And we are not sure how this parcel will be handled by the persons working in the courier service. If by chance the gift is carelessly handled, then it is definite that by the time the parcel reaches Ram’s mother, the glassware will be in bits and pieces.

How can we solve this problem?

There are 2 ways to solve this problem.

Write on the parcel that it contains glassware and that it needs to be handled carefully as shown in the below image. 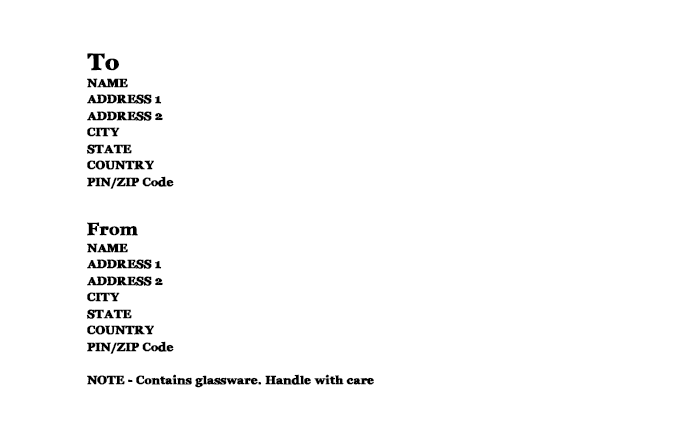 So, let us take a look at the 2nd solution.

Let us try to represent the above words “contains glassware, handle with care” in the form of a graph or chart. In other words, represent it as an infographic image.
In this case, the infographic image that can be used is the image as shown below, The symbol in the above image represents FRAGILE contents inside, and needs to be carefully handled. Henceforth, wherever you find this symbol on a carton box, you can take it that the items inside the box are delicate and may break if carelessly handled.

Back to the article, now that there are 2 solutions provided and their purposes mentioned, which one would you prefer?

The wiser solution to be used in this case is the infographic image, which can also be called as pictograph. A pictograph is a pictorial symbol used to represent a given word or phrase.

In Ram’s case, why does pictograph play an important role?
Because,

Recommendation 1. Since the phrase is now in image form, it can be printed big
Recommendation 2. Since, the print is big, the image does not skip anyone’s eyes
Recommendation 3. Images are language independent

Few Examples of pictograph images that we use in our daily lives is disclosed below.

To test the knowledge of understanding, given below is the list of few Math symbols. Give an attempt to try naming them and what do they mean.

Let us unpack the gift box Ram’s mother has received and break the nut that unlocks what bar-graph is all about.

As Ram has chosen to use the infographic image on the parcel, his mother did receive the gift as perfect as purchased, with no breakage. Ram’s mother felt happy having received the surprise gift from her son on her birthday. She was eager to open and found the list of items mentioned below,

All made of glass and ceramic. Let us learn how the above list can be described through an infographic image. This time a bar-graph is used instead to precisely detail the data received in the gift box.

This is how data handling works, converting data to information.

Here is a list of marks scored by 2 students and the data is represented in a table format. Based on the table data provided, answer the below questions.

A few are worked as an example for your reference.

A pictorial representation comparing English marks between Ramesh and Suresh is shown below,

A bar graph representation comparing marks scored by Ramesh and Suresh for all subjects is shown below,

Based on the above work outs, try to answer the below questions handling data in picto and bar form. Data-Handling is a concept, using which informative details can be extracted from a given set of data values. Formats of data include text, images, audio, video and many more. In other words data can be considered as everything that can be written and or read.

Data handling is used in our daily lives, other than being used in industries and businesses.

1. What is data in data handling in maths?

Data Handling refers to the process of gathering, recording and presenting information in a way that is helpful to others - for instance, in graphs or charts.

2. What are the types of data handling?