The Life of Pierre de Fermat

Pierre de Fermat was born in 1601 in Beaumont-de-Lomagne, France, and died in 1665, Castres, France. He was a lawyer in the Parliament of Toulouse, France.

He is also a celebrated mathematician, responsible for the initial steps leading to the discovery of infinitesimal calculus.

“And perhaps, posterity will thank me for having shown that the ancients did not know everything.”

He is particularly renowned for his discovery of an original method of finding the largest and the smallest ordinates of curved lines. His contributions to number theory are also noteworthy. Apart from the fields mentioned above, he has also contributed to probability, analytic geometry, and optics.

Fermat’s Last Theorem and Fermat’s Little Theorem are some of his most memorable works. Download the PDF below to know about the life of Pierre De Fermat and his Theorems. 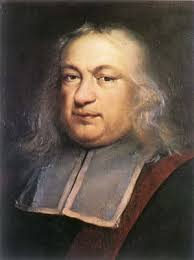 He had three siblings, two sisters and a brother. Little is known about his school education, his college education was at Collège de Navarre in Montauban.

He completed a bachelor’s degree in civil law from the University of New Orleans. He then moved to Bordeaux, where he began his first work in mathematics. In 1629, he performed the restoration of Apollonius's De Locis Planis. During his time in Bordeaux, he produced significant work on maxima and minima. He was also introduced to several mathematicians who shared his keen interest in mathematics. 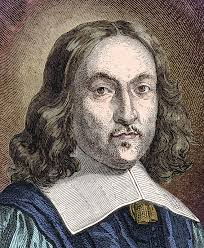 In 1631, Fermat bought the office of a council in Toulouse. He held that office for the rest of his life. Pierre Fermat then became Pierre de Fermat. He got married to Louise de Long and had eight children. He was fluent in six languages, namely French, Occitan, Latin, Italian, classical Greek, and Spanish. Fermat discussed the fundamentals of calculus with his friends, before Leibniz and Newton.

Although a lawyer by profession, Fermat made significant contributions to the mathematics we know today.

Pierre de Fermat did groundbreaking work in analytical geometry. This work was exploited and published in Descartes' famous La géométrie in 1637. However, his original manuscript was published posthumously in 1679 in Varia opera Mathematica, as Ad Locos Planos et Solidos Isagoge.

Fermat developed adequality, a method to find maxima, minima, and tangents to curves. He also discovered a way to find the centre of gravity in a different plane and solid figures.

Pierre de Fermat was the first person to evaluate the integrals of functions with powers. This was handy to Newton and Leibniz.

“To divide a cube into two other cubes, a fourth power, or in general any power whatever into two powers of the same denomination above the second is impossible, and I have assuredly found an admirable proof of this, but the margin is too narrow to contain it.”

Fermat spent a lot of his efforts on number theory. His efforts bore fruit, discovering what later came to be known as Fermat numbers and Fermat primes. During this time, he found Fermat’s Little Theorem. He invented a way of Factorization, Fermat’s Factorization.

Fermat claimed to have proved all his mathematical theorems. However, there is little proof to support these claims, and a lot of mathematicians doubted these claims. They believed the mathematical methods in that time were merely insufficient. Andrew Wiles proved the famous Fermat’s Last Theorem in 1994.

Diophantus’ work catalyzed Fermat. However, Fermat had a slightly different approach. Diophantus was content with a single solution, Fermat dug deeper, often proving that the problem had no answer.

He also worked on optics in Physics. What is Fermat’s Little Theorem?

Fermat’s little theorem was first mentioned in a letter to a dear friend Frénicle de Bessy on 18th October 1640.

According to Fermat’s little theorem,

The number ap − a is an integer multiple of p,

Where p is a prime number, and a is an integer.

Which is an integral multiple of 5.

If a is not divisible by p,

It can also be written as,

Which is an integer multiple of 5

What is Fermat’s Last Theorem?

Fermat’s last theorem, or Fermat’s conjecture, was stated in Arithmetica around 1637. He wrote the theorem in the book’s margin and added that the proof was too big to fit. For 358 years mathematicians struggled to obtain the proof.

According to Fermat’s Last Theorem,

no three positive integers a, b, and c satisfy the equation,

for any integer value of n greater than 2. 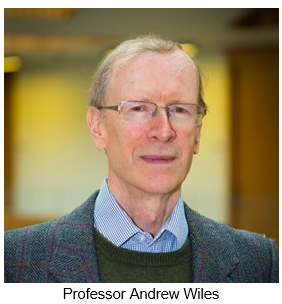 Pierre de Fermat made ingenious revelations in mathematics. His work was incredible and instrumental in many fields in mathematics, without which those fields may not have reached their present state.

His last theorem is still a big talking point in the present day. Fermat’s work and his name will be engraved in the pages of history forever.

What is Pierre de Fermat famous for?

Pierre de Fermat is famous for his work in mathematics, especially number theory. Fermat’s Last Theorem has made him a prominent figure in the history of mathematics.

How old was Fermat when he died?

What are Fermat primes?