The Birthday Math Trivia that your child will love for sure!

You have probably come across math trivia related to birthdays once a week if you are on social media – and wondered why it’s so popular.  The reason is obvious – most children show keen interest in any trivia related to their birthdays.

As adults, we may often fail to recognize how explaining any trivia related to your child’s birthday helps them integrate math into their real life situations – and not view it as just a ‘subject’. 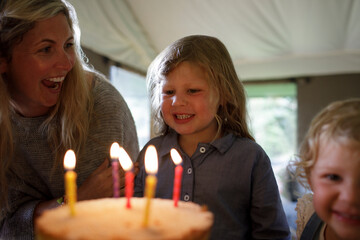 Given the importance your child attaches to their birthdays, you might want to dole out some birthday math trivia. The results might surprise you – in a good way!

You have probably come across math trivia related to birthdays once a week if you are on social media and wondered why it’s so popular. Here is Why behind the What. Here is a downloadable PDF to explore more.

The question is: Is your child’s birthday unique?

We can attempt to answer this only in comparison to the universe your child identifies with.

For example, your son (Samit) was born on the 14th of January. Samit’s class has 40 students. What are the chances of any of Samit’s classmates sharing his birthday? 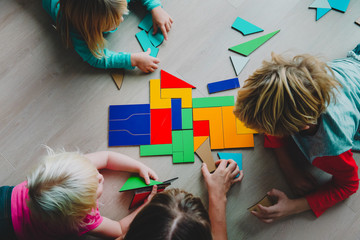 However, if Samit’s school has 3000 students, what are the chances of him sharing his birthday with his schoolmates? Since the universe has changed from previous 40 (limited to his class) to 3000 (his school), chances are at least 8 other students ((1/365) x 3000) share their birthdays with Samit.

His uniqueness is, therefore, reduced as it is the function of universe you identify him with. This is the pigeonhole principle – where the universe (3000) is greater than the criteria (365 days).

Also we have Birthday Math Trick that spice up math class.This little math trick should make you seem like a sort of math genius.Make sure you try this trick out for yourself first, using your own birthdate.

Here's an example below...

Notice we only used two digits for the year.

Try this cool birthday trick with your friends and surprise them. Hope you will have fun with them.

At Cuemath, we ensure that your child learns math as a life skill by presenting different scenarios similar to the mentioned example above. One of the ways we do so is by helping children develop creative reasoning through intriguing puzzle cards.

We have carefully designed our puzzle cards with proprietary content (designed by IIT and Cambridge alumni) to pique your child’s curiosity and help them build reasoning skills.

At Cuemath, children understand the WHY behind the What of math concepts that helps in applying math in everyday life.When children learn math by reasoning, they learn better and faster.

Who is the father of math?

The study of mathematics as a "demonstrative discipline" begins in the 6th century BC with the Pythagoreans, who coined the term "mathematics" from the ancient Greek μάθημα (mathema), meaning "subject of instruction".

Is the number zero a number?

0 (zero) is a number, and the numerical digit used to represent that number in numerals. It fulfills a central role in mathematics as the additive identity of the integers, real numbers, and many other algebraic structures. As a digit, 0 is used as a placeholder in place value systems.

To know more about Math trivia, please visit these blogs: