Why does a Cuemath Teacher love her job?

Why does a Cuemath Teacher love her job? 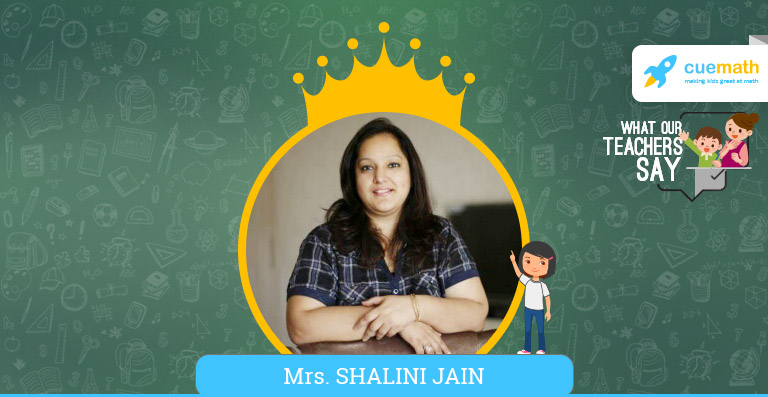 Shalini Jain is a versatile woman who enjoys baking and teaches a baking class or two during the week to epileptic patients as part of their rehabilitation at Rajiv Gandhi Memorial Hospital, Chennai. It is part of a vocational training for them to be self-sufficient and confident so as not to be a burden on anyone else.

Getting certified as a Cuemath Teacher did not mean that she had to give up her baking class, but that she could touch many more lives that were just beginning to blossom!

Shalini was brought up in Chennai and completed her graduation in Commerce. She recalls being an average student who was not very fond of math.

“I used to learn math to pass the exams. I liked learning it, but during my school days it was accepted that this kind of math education will suffice for the future” she explains.

Post marriage, Shalini became a home tutor and taught kids various subjects and helped them with their school homework. However, when her students faced problems in math, she found it challenging to address their doubts.

“Most of the kids were drawing blanks when it came to math and I wasn’t sure how to help them because I’m no math expert right?” she explains.

It was then that her friend suggested that she teach her students math using Cuemath. After a brief meeting with the Cuemath team in Chennai, she was confident to start off her Cuemath journey.

“The Cuemath Team from Bangalore including the CEO, came to Chennai in May for a convention and I got the chance to interact with them and some other great teachers. I felt I was in the right place and I was excited to go back to my students.”

Shalini started off with 5 students and all of them responded well to the program. They were learning easily and began improving their scores. Moreover, Shalini didn’t have to worry about the kids having too many doubts. She saw that Cuemath taught concepts from the basics using visual representations. 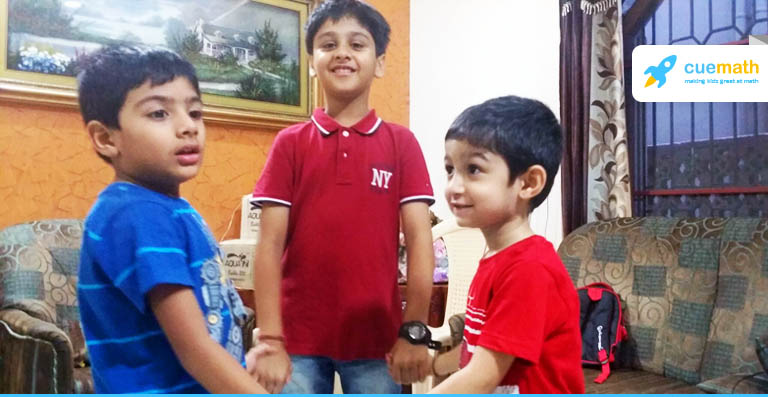 When you show kids how something is done, they may remember it. But when they do it on their own, they will master the concept. This is what a Cuemath Teacher should understand.

With the worksheets, Cuemath is making sure that a child is taught a concept and sufficient practice is given for it. With the tab, a child is given a challenge to complete in a stipulated time and with the puzzle cards, they are allowed as much time as they want to find their own solutions.

This is math! There is beauty in math and my students are seeing it.

What I learnt back in school was nothing close to math!”

In order to increase her enrolments, Shalini conducted a Quiz in June which had 140 participants! She describes the Cuemath Quiz as a memorable experience since both parents as well as students enjoyed it.

Shalini put up the quiz details in most of her Whatsapp and Facebook groups. She asked her students to speak to their friends and she also made sure that the 3 schools in her area knew about the quiz. She recalls that it was because of such efforts that she managed to get so many participants. Shalini enrolled 17 students into her classes because they enjoyed the questions that were asked during the quiz.

“The parents that attended the quiz told me that they were extremely happy with the kind of questions that were asked. Many of them commented that they witnessed such a fun event for math, for the first time!”

Shalini adds that today, she has 43 Cuemath Students simply because of the ease of the program. All her new students have been referred by existing students and this way, her Cuemath Center for Math Excellence grew within months. Shalini stresses that children should be taught math the right way since their childhood.

“KG is the best time to introduce Cuemath to kids. As they grow up they learn a lot of things incorrectly and once they reach higher grades it’s difficult for them to unlearn everything and then start off with Cuemath. I have seen kids in KG show incredible improvement and their overall confidence adds up.”

What is her message for a new Cuemath Teacher?

“Be very confident of the product. 80% work is done by Cuemath, you just have to do 20%. Learn to handle parents, they are more anxious, involve them in things. Parents are interested in working with us. Some parents brought exam papers to show me their child’s great scores.”

She remembers one of her students who consistently faced a lot of difficulty in math since childhood. After joining Cuemath, her interest in math spiked and she began to do well. Eventually, she began to perform well and received a score of 81/90 in one of her math exams. The child’s parents were extremely happy and greeted Shalini with a box of sweets!

“All this wouldn’t be possible if it weren’t for the integrity of the Cuemath team! They make us believe in ourselves so much!” Shalini says.

With a Cuemath Teacher as pro-active as Shalini, it’s no wonder that her students are loving every Cuemath Class that they attend.