In the verge of coronavirus pandemic, we are providing FREE access to our entire Online Curriculum to ensure Learning Doesn't STOP!
Home
Maths
Numbers and Place values
Numbers up to 4 digits
Home
+2 more...
Numb...gits

Numbers up to 4-Digits

Introduction to Numbers up to \(4\)-Digits

What happens when we multiply a unit digit with \(1000?\) In such a number, the following place values are covered: 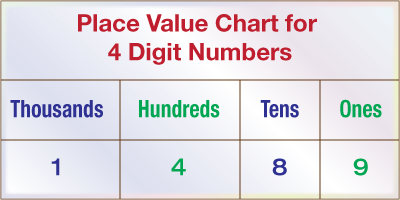 It’s not that hard to visualise actually, take any \(3\) digit and multiply it with \(10,\) and there you go! A four digit number! 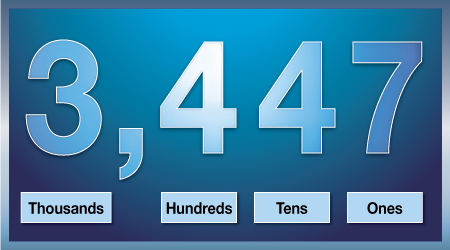 How To Decompose \(4\)-digit numbers

You can try some more \(4\)-digit numbers here to see how they can be decomposed into their place values. 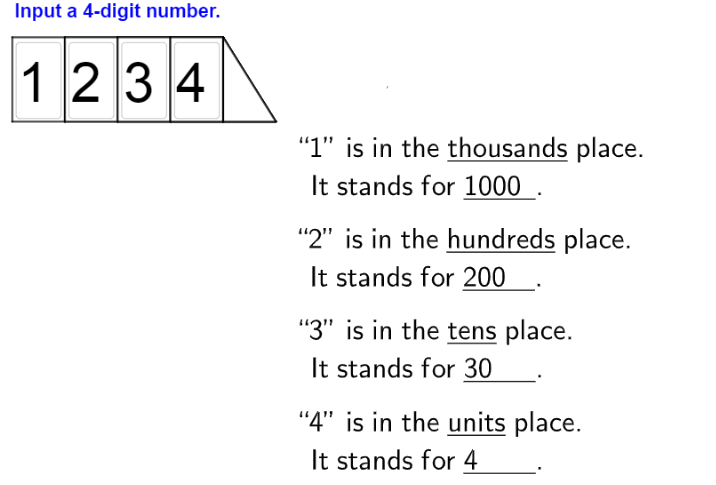 There is no mathematical reason for doing this. The \(4\)-digit number is longer than a \(3\)-digit or \(2\)-digit number, and the comma only helps to make the number more readable.

As per this amazing law, there is a magic number \(6174.\) Let us see how we get it. These are the steps to be followed.

Now what happens after \(6174\) is reached? It gives the two numbers \(7641\) and \(1467,\) and the difference between these two numbers is \(6174\) again, so this sequence keeps getting repeated ad infinitum. This interesting phenomenon was first observed and formalized by the Indian mathematician Kaprekar. That is why this sequence is known as the Kaprekar routine.

An Interesting Story to End

Ramanujam was one the greatest Indian mathematicians. One day he fell ill, and his friend Hardy came to visit him. Hardy decided to tease his mathematician friend by saying that the cab I came in had a very uninteresting number plate – \(1729.\) Even though he was not keeping well, Ramanujam’s sharp brain was still working, and he immediately retorted that \(1729\) was actually a very interesting number, because it was the smallest number which could be expressed as the sum of two cubes in two different and unique ways!! If this was how sharp he was when unwell, imagine what his brain was capable of when functioning fully. In honor of this incident, the number \(1729\) has been referred to as the Hardy – Ramanujam number.