Go back to  'Integers'

Introduction to Addition and Subtraction of Integers

If you are comfortable with visualising the addition and subtraction of whole numbers on the number line, the same concept can be easily extended to integers.

The idea behind Addition and Subtraction of Integers

Numbers to the right are positive numbers, numbers to the left are negative numbers, and zero is neither positive nor negative.
As understood, the basic principles of addition are repeatedly adding into a particular group and subtracting is nothing but removing from a group. Operations on integers work similarly, but with a twist

2. If both numbers have different signs, add or subtract the number and include the sign of the largest absolute integer.

1. If both numbers have positive signs, the difference will be positive.

2. If both numbers have a negative sign, subtract the two numbers and include the sign of the largest absolute value.

3. If both numbers have different signs, subtract the two and denote the difference with the sign of the largest absolute value.

Fun Facts about Integers and Signs

One thing that children struggle with it is signs that precede integers, specifically the negative sign. Here is a very simple algorithm to help visualise and internalise the sign changes and how that affects the direction of a number on the number line:
Let’s the number 10 for our particular example (keep in mind this rule will apply to all integers): 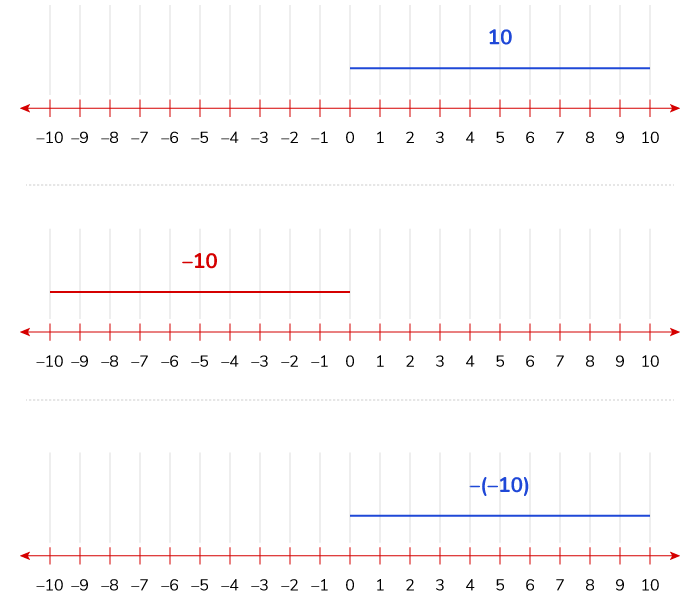