Go back to  'Algebra Basics'

A simple way to understand the basics of Algebra

Here’s a quick glossary and definitions of Algebraic terms: Variables are symbols that stand for unknown numbers or a specific range of numbers.

Coefficients are numbers that are multiplied with a variable.

E.g. \(2x\) - here the number 2 is the coefficient of the variable \(x.\)
\(2x\) means the variable \(x\) is multiplied by 2.
Coefficients can be positive or negative. They can be whole numbers or decimals or fractions.

Numbers that appear on their own, without a variable multiplied to them, are called constants.

When we combine variables (with or without coefficients written) and constants into a mathematical statement, this statement is called an algebraic expression.

A term is a variable and it’s coefficient on its own or a constant on its own. Terms are separated in an algebraic expression by the addition or subtraction operators.

Algebraic expressions with exactly one term are called monomials. (mono = 1)

The word Algebra has Arabic roots and comes from the word “al-jabr” which means “the reunion of broken parts”.

Rules of working with variables

We come across many patterns in our everyday life. Algebra is a tool to mathematically represent those patterns. So, it is best to start algebra by deciphering simple patterns. Here is a good example of how patterns can be the first step to learning algebra

Problems like the one given below, help convert simple patterns into mathematical representations.

What’s the pattern here? How many sticks will be there in figure 4?

Thinking about algebra as patterns allow us to answer such questions without actually creating the figure.

What’s the pattern here? How many circles will be there in figure 4?

Through examples like the ones listed below, we see that the letters can be used to stand-in for unknown numbers or sets of numbers. This is how students should see the variables.

Converting a verbal statement into mathematical form by using a variable is an important skill. Problems like the ones shown here can be employed to build that skill. 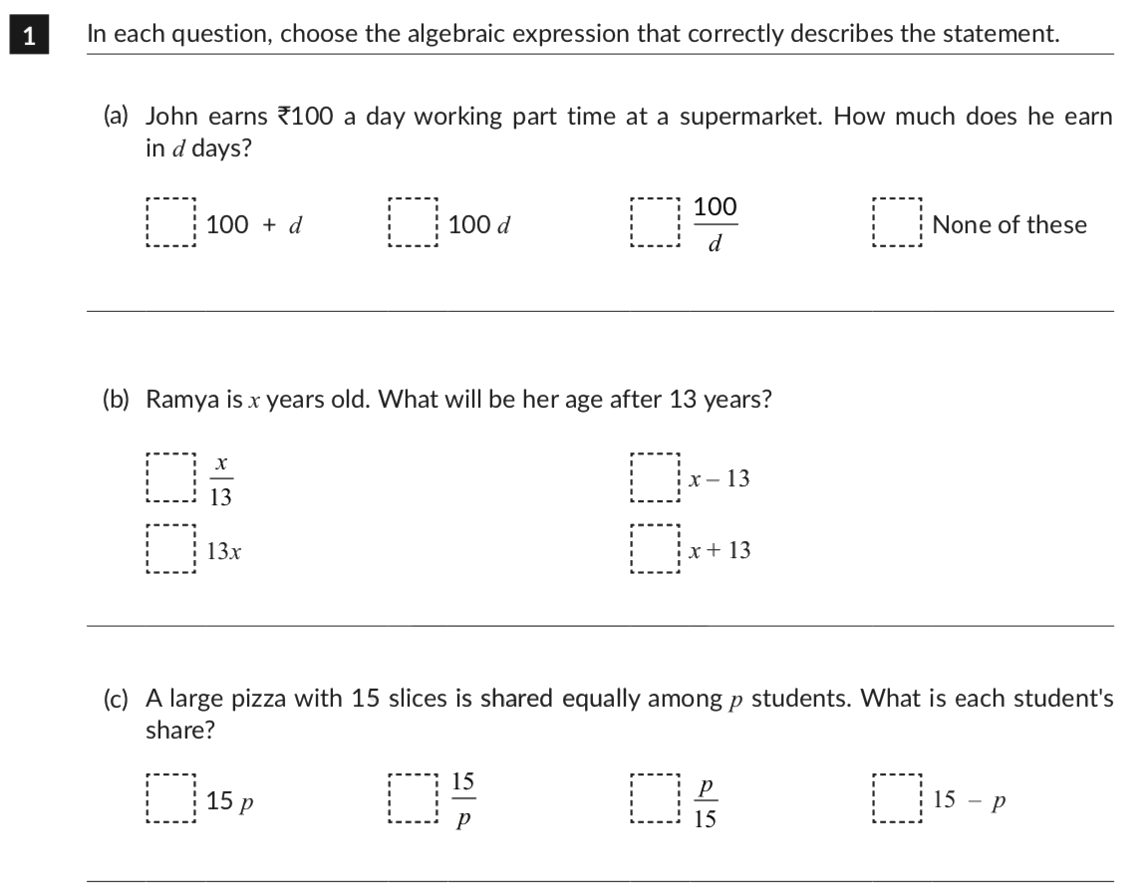 Next skill is to interpret and rewrite abstract statements algebraically. Introducing the concept of substitution

Algebraic Expressions can be evaluated by assigning certain specific values to the variables. Depending on what value we assign to a variable the final value of the expression will change. 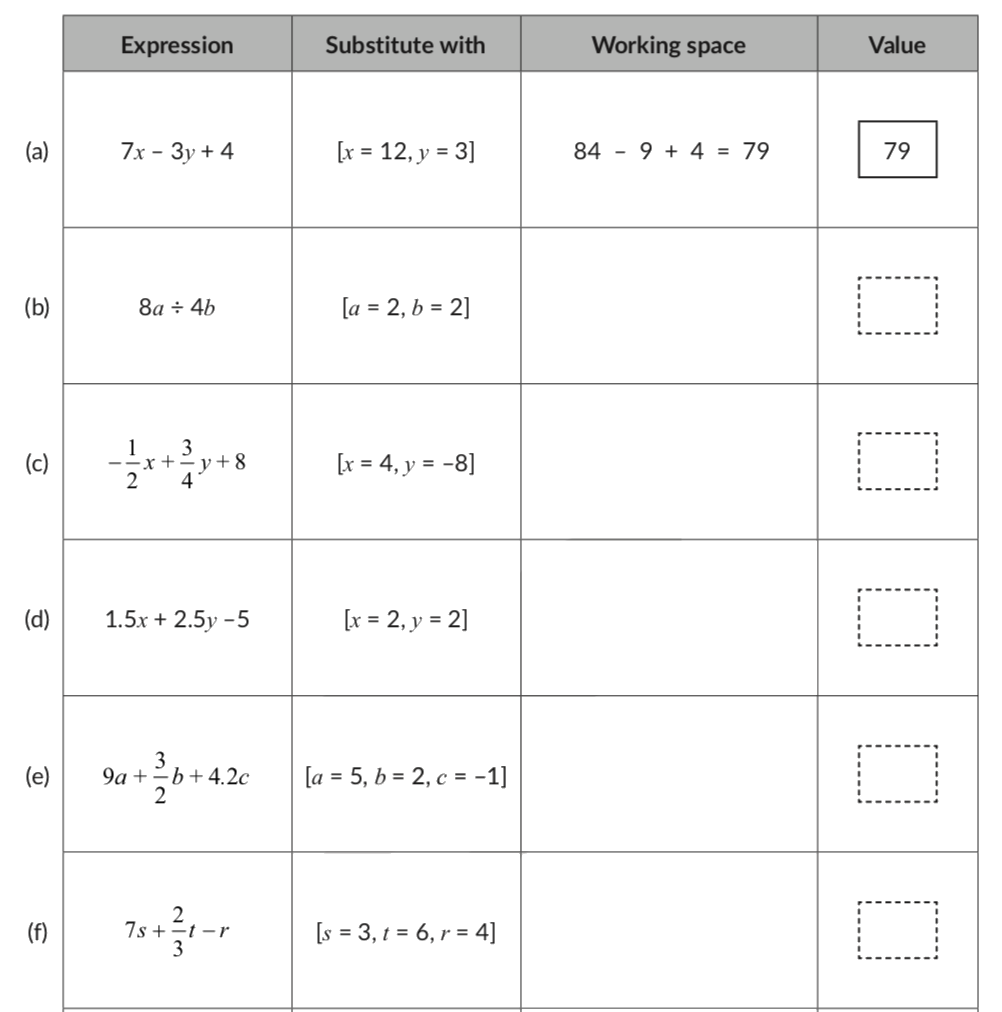 Tips and Tricks to understand the Basics of Algebra