An Introduction to Integers

Go back to  'Integers'

Up to this point, children could answer questions like which number is smaller than 2 (ans: 0 or 1). However, what if they were asked what is smaller than zero? Therefore, the need arises to introduce a completely new group of numbers called negative numbers.

Integers are numbers that are whole numbers and negative numbers.

All integers are represented by the alphabet Z and are written as;

Numbers that are integers

Numbers that are not integers

What about something like \({30 \over 6}\)? Well, at first it may look at bit odd, but if you remember the principles of simplification of fractions, it comes out to be 5, which is an integer!

If both numbers have different signs, add or subtract the number and include the sign of the largest absolute integer.

If both numbers have positive signs, the difference will be positive.

If both numbers have a negative sign, subtract the two numbers and include the sign of the largest absolute value.

If both numbers have different signs, subtract the two and denote the difference with the sign of the largest absolute value. If both integers have the same sign, then the product is positive.

If both integers have different signs, the product is always negative. If both integers have the same sign, then the quotient is positive.

If both integers have different signs, the quotient is always negative. 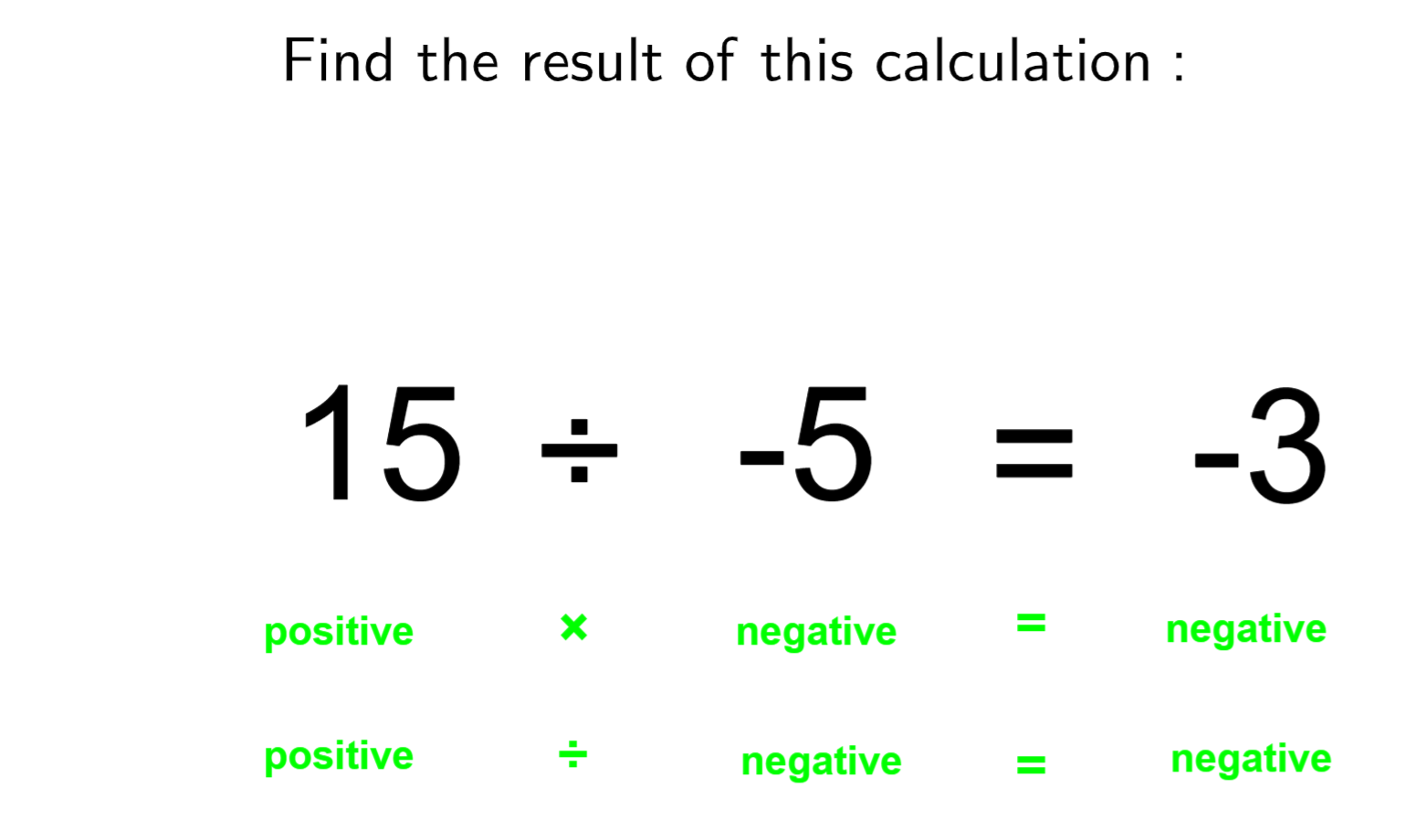 Why is it important?

The concept of a number line

All mathematical operations on integers are easier to understand once there is a strong understanding of the number line.

When it comes to integers, the number 0 is neither positive or negative. It is a counting number which symbolises that there are no objects.

Children often make errors in judgement when it comes to fractions. According to the rules, an integer cannot be a fraction. But the fraction \({25 \over 5}\) is, in fact, an integer. 5 x 5 = 25.  25 ÷ 5 = 5. Reducing it to a whole number, making it an integer. With the rules of the division, children will discover that when fractions are further reduced to a number without any remainders, they are integers.

Integers and the real world

Integers and their properties are not explicit only to the classrooms. They are everywhere around us, in our everyday activities. Anything that is increasing is positive, and anything with a decreasing factor is negative.

Having a core understanding of the number line and a strong handle on the rules of operation on integers simplifies mathematics in general.

However, we at Cuemath, are driven to put the Why before the what and ensure that in our classes, the concepts come first.