Taking the Positives with the Negatives!

Because integers are fun and really really helpful Calvin!

What is an Integer?

What is the Number line?

Using the above number line, we can now familiarize ourselves with some basic operations of integers. Integers are important even in day to day life. You will often hear people say that the temperature has dropped by 5 degrees or that the prices of vegetables have gone up by 10 Rupees. The number line is useful for these situations because you can use it to visualize basic mathematical problems!

Exercises with the Number Line

Before we dive into the world of integers, let’s familiarize ourselves with the number line. If you can visualize the number line, you’ll breeze through the chapter of integers in no time! Use the following exercises to solve changes in the number line. Take your time, there’s no hurry! Don’t let the wording of the problems confuse you! Before approaching each question, break it down to three steps:

Step 1: The starting point
Step 2: The change in the number line
Step 3: The ending point The Foundational Nature of Integers 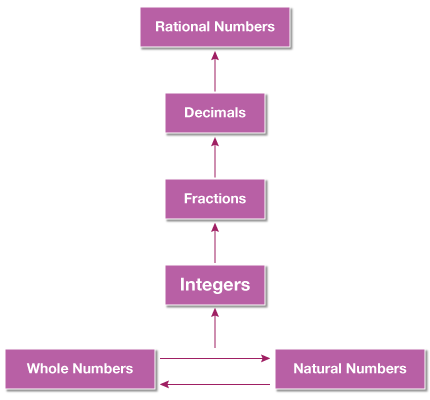 Integers are a crucial step in your child’s mathematical journey. It is the stepping stone to fractions, decimals and eventually rational numbers. This is where you are first introduced to negative numbers and the negative end of the number line. Below topics cover both concepts and worksheets:

How to Teach Your Child the Integers

The Absolute Value of an Integer

The absolute value of an integer is the numerical value of the integer without the negative or positive sign. On the number line, it is calculated as the distance between the number and zero. At CueMath we believe that it is important for everyone to visualize their mathematical calculations! So again, we will use the number line to visualize addition and subtraction of integers. Remember, the more you can visualize integers the faster you’ll be able to add and subtract. Most adults don’t understand why signs change when you multiply a positive number with a negative number. Despite it being such an important lesson! So, let’s visualize this first and solve some problems! 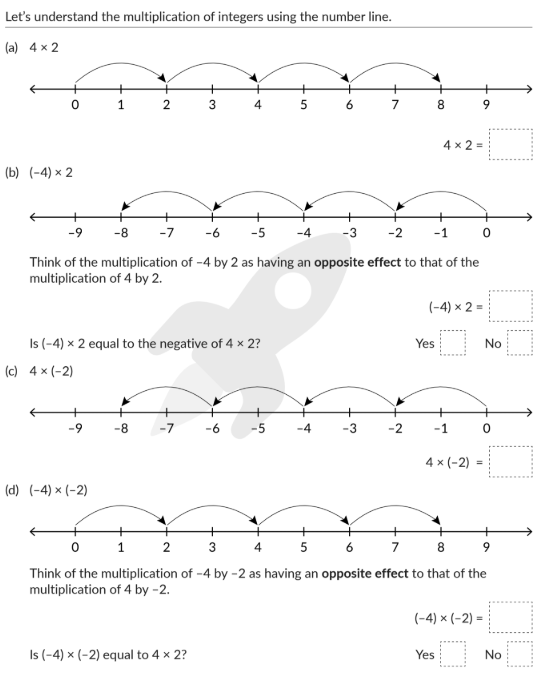 Okay, now that we’ve learned how signs change during multiplication here are a few exercises for you to solve! The division of integers is the inverse process of their multiplication. Solve the following problems and fill in the blanks!