Go back to  'Linear and Quadratic Equations'

Before jumping into the math and dealing with various kinds of symbols, equations and graphs, let’s just sit back and admire the beauty of quadratic equations. Ever watched the trajectory of a football after it is kicked? Or any object thrown from a height? The motion/trajectories in both these situations are described by quadratic equations. 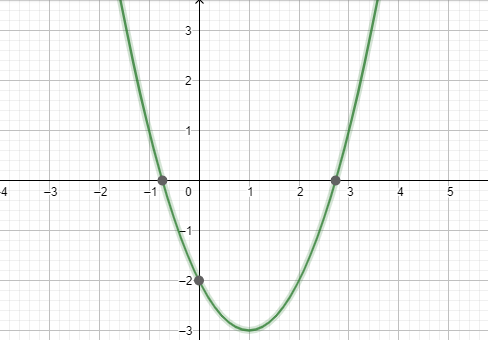 The Big Idea: What are Quadratic Equations?

So, quadratic equations are univariate algebraic expressions of degree two.

The standard form of a quadratic equation is:

where a, b and c are nothing but numerical coefficients, you can replace them with any number and \({x}\) is the variable.

You can clearly see here that the highest power of \({x}\) is 2, which makes the equation a quadratic one (the word quadratic is derived from quad, meaning square). Another point to note over here is that if you keep a as 0, then the equation becomes a linear one and no longer remains a quadratic equation.

Have a look at how linear and quadratic equations differ graphically. This will allow you to get a better picture of the nature of these equations. What is the Quadratic Formula and What does it mean?

Let us represent this problem graphically to clearly see the curve and the solutions of the equation: 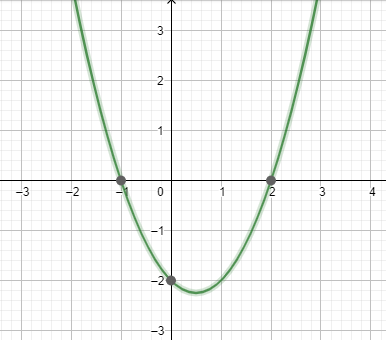 If we were to solve the standard equation for \({x}\), we get the quadratic formula given below: 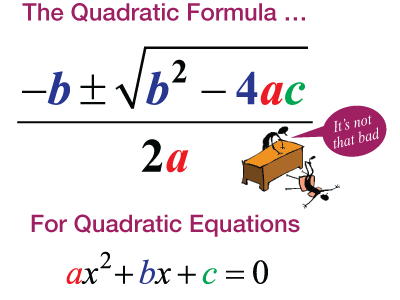 The reason for the “plus/minus” sign is that a quadratic equation can have at the most 2 solutions. The 2 solutions are found out by 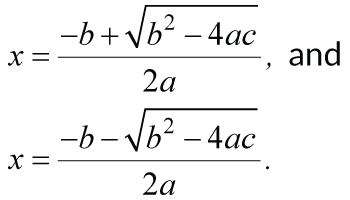 For example, we solve the above equation \({x^2 – x – 2 = 0}\) simply by replacing the values of \({a, \;b\; \text{and}\; c}\) in the quadratic formula and get our solutions as –1 and 2. However, there are certain cases, where there may be less than 2 solutions to a particular quadratic equation. For example, there may only be 1 solution or there may be no solution at all. To understand it graphically, sometimes, the curve may touch the \({x}\)-axis only at one point or at times, it may not touch the \({x}\)-axis at all! 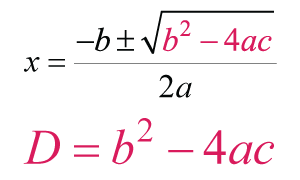 The value of D determines the number of roots of the quadratic equation:

In higher grades, the concept of complex roots will be taught in case of D < 0, which involves an understanding of imaginary numbers.

Let us summarize the formulae at one place for a quick reference and recap:

Conditions for the number of solutions of a quadratic equation:

A useful trick, which may come in handy while attempting questions related to quadratic equations is to first calculate the value of the discriminant, this eliminates the time taken in case the equation has no roots.