Relationship between Fractions and Decimals

Go back to  'Decimals'

Introduction to Relationship Between Fractions and Decimals

Often fractions and decimals are presented as two unrelated topics. This means children don’t use their knowledge of fractions to understand decimals. Instead they try and memorise all procedures and formulae independently leading to frustration, confusion and poor conceptual clarity. Well, we’re here to show you that these two entities are completely interconvertible!

The Big Idea: What governs this relationship between fractions and decimals ?

The fascinating concept behind this relationship is that EVERY decimal can be written as a fraction by dividing the number with the number of decimal places it holds.

Given the way decimals are defined, there is a natural connection between them and fractions. Our place value system allows us to have place names less than ones. One-tenth is the first digit to the right of the decimal point. One-hundredth is the second place to the right after the decimal point. These naturally refer to the fractions \(\begin{align}\frac{1}{{10}}\end{align}\) and \(\begin{align}\frac{1}{{100}}\end{align}\).

Let us say you have 5 apples, of which you gave away 2. The fraction of your stash which you now have left is \(\begin{align}\frac{3}{{5}}\end{align}\). If I ask you to represent this in decimal form, all you have to do is look at both numerator and denominator along with their periods or decimal points. So;

Have a go yourself, take a look at the visual representation of this. 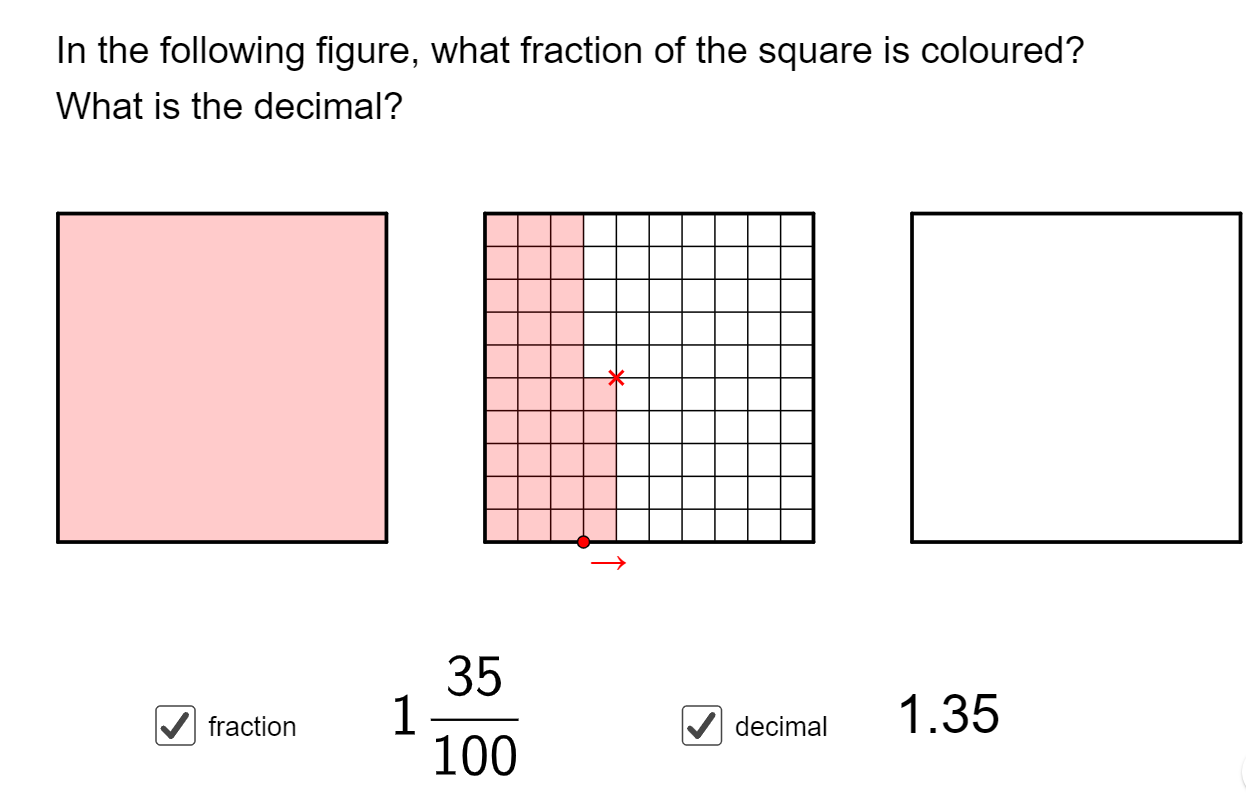 Converting a decimal to a percentage

Every decimal is built on the base of ten, as we said earlier. And a percentage is nothing, but a fraction expressed in terms of the number 100 as a denominator. So, how do we look at a decimal as a percentage? Let us look at the same decimal 0.25 and see how we can convert it to a percentage. The aim would be to have a fraction with 100 as the denominator.

Let us look at another decimal which doesn’t have 100 as the denominator automatically, like

Take a look here to understand the relation between fractions, decimals, and percentages. These three images represent 3 different cases to help ensure that you can visualize the nature of this relationship. 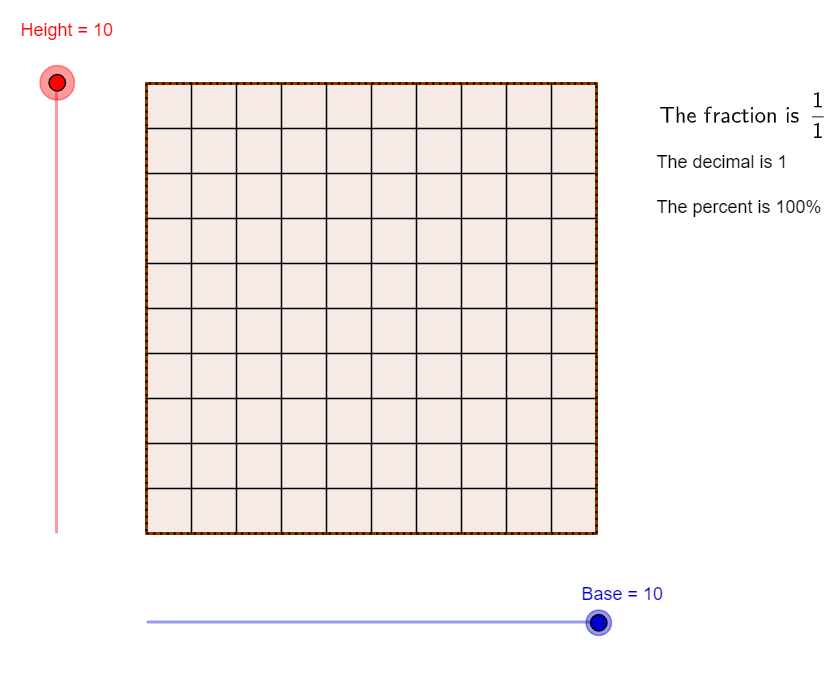 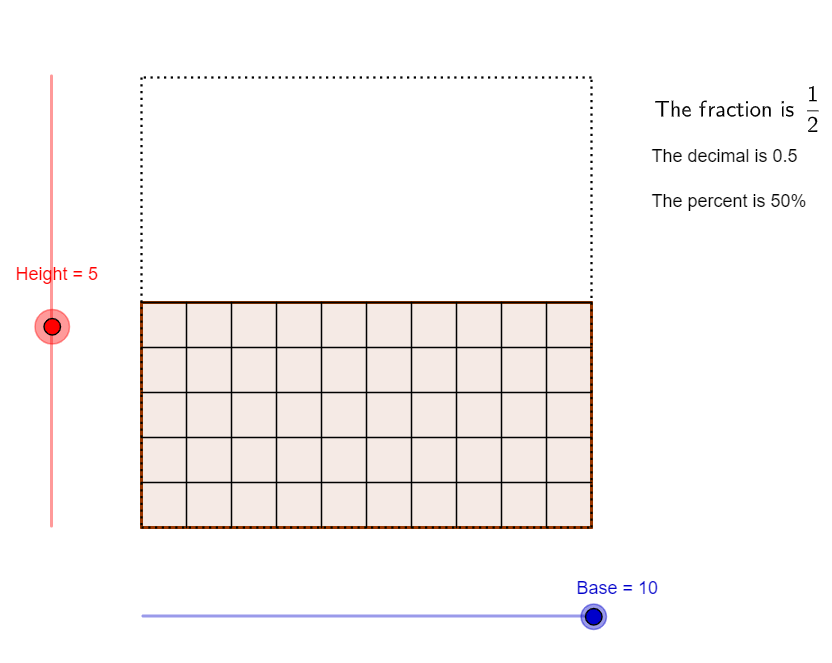 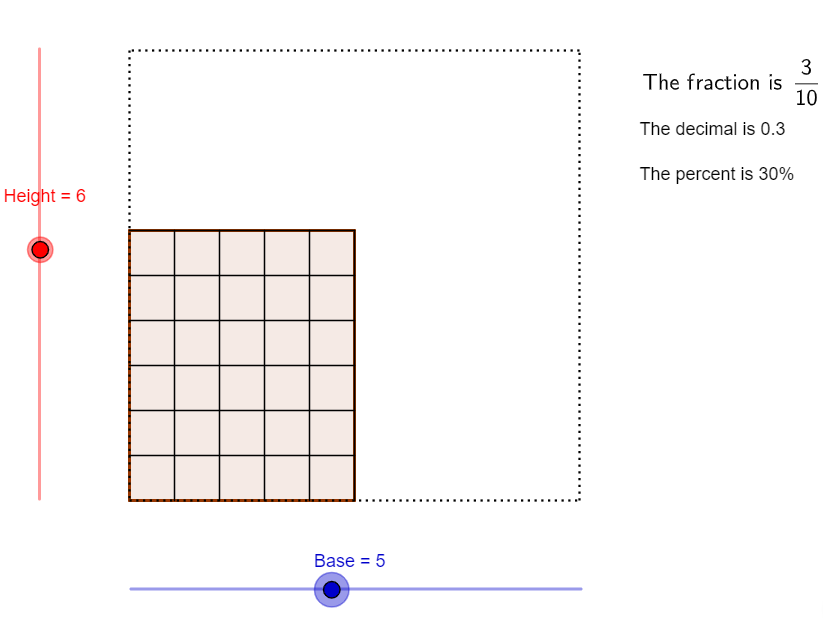 In later chapters we will look at how to add, subtract, multiply and divide decimals. But let us end this session by telling you about the easy way to multiply or divide decimals with any number which is 10 or its multiple. The trick here is that the decimal point just needs to be moved certain places to the right or to the left, depending whether you are multiplying or dividing respectively. The number of places to be moved depends on the multiple of 10 used.

This happens because students have not fully internalised the place values lower than one.