Go back to  'Geometry'

Here are a few solid shapes. 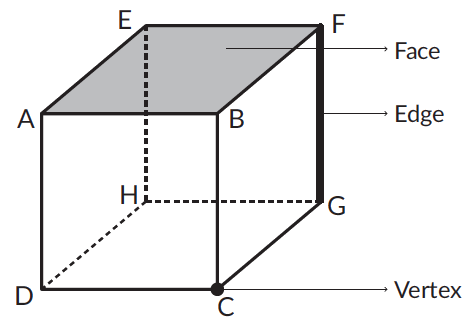 A solid shape whose faces are all polygons is called a polyhedron. A pyramid is a polyhedron with: a polygon as its base and all other faces as triangles that meet at a point (Apex). Given below is a table showing the number of faces, edges, vertices for different polyhedrons.

A prism is a polyhedron with two identical faces that are parallel and all other faces as parallelograms. 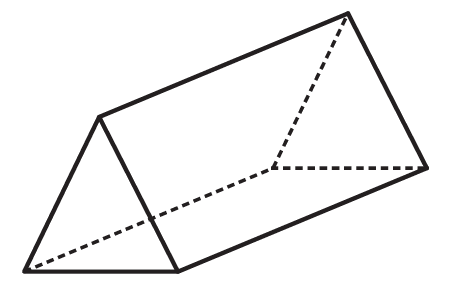 Given below is a table showing the number of faces, edges, vertices for different types of prisms.

What is a line of symmetry?

A figure is said to be symmetrical about a line if:

- the line divides the figure into two identical parts and
- one part exactly matches the other part when the figure is folded along that line. 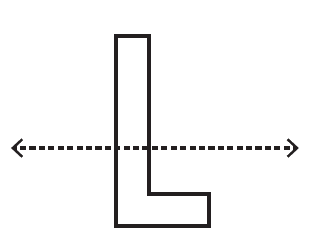 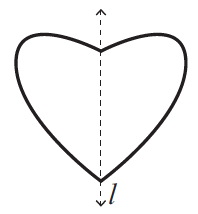 This figure is symmetrical about the line \(l\). This symmetry is called line symmetry.

A figure can have more than one line of symmetry What is rotational symmetry?

A figure has rotational symmetry about a given point if it matches the original figure at least once before a complete rotation about that point.

The figure has rotational symmetry about ‘O’.

What is the angle of rotation?

The angle by which an object is rotated is called the angle of rotation.

For example, In the above given figure each dotted figure is obtained after rotating the given figure, the angle of rotation is 60°. A rotation of \(360^\circ\) is called a complete rotation.

What is order of symmetry?

The order of symmetry of a figure is the number of times the figure matches the original figure during a complete rotation \((360^\circ).\) What is mirror symmetry?

A shape and its mirror image is always symmetrical about the mirror line. 1. Which is a pentagonal pyramid? 2. Which is a pentagonal prism? 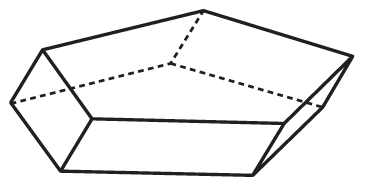 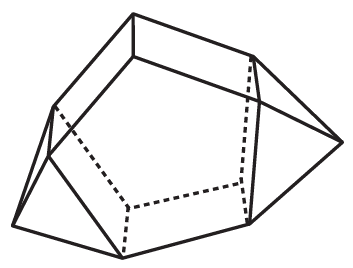 3. Which is a hexagonal prism? 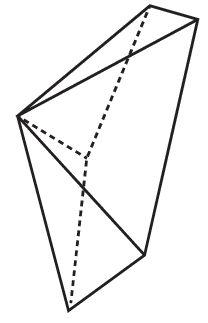 5. Write yes or no if the first figure is the mirror image of the second figure, about the given line \(l.\)