The following data on the number of girls (to the nearest ten) per thousand boys in different sections of Indian society is given below.

(i) Represent the information above by a bar graph.

(ii) In the classroom discuss what conclusions can be arrived at from the graph.

The above data can be represented graphically using a bar graph as below:

It can be observed from the graph that: 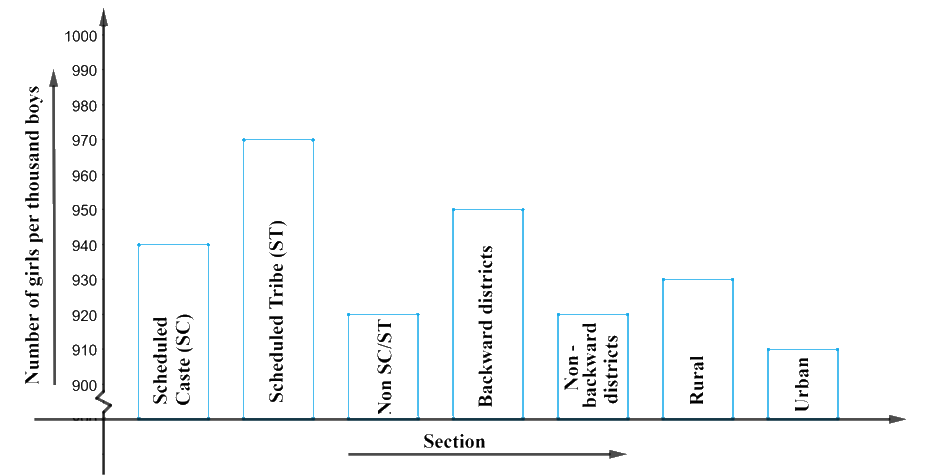 Number of girls / thousands of boys

As you can see, the above graph shows a clear picture of the data and helps us to arrive at conclusions easily.