We can show triangles \(BEC\) and \(CFB\) congruent by using RHS congruency and then we can say corresponding parts of congruent triangles are equal to prove the required result. 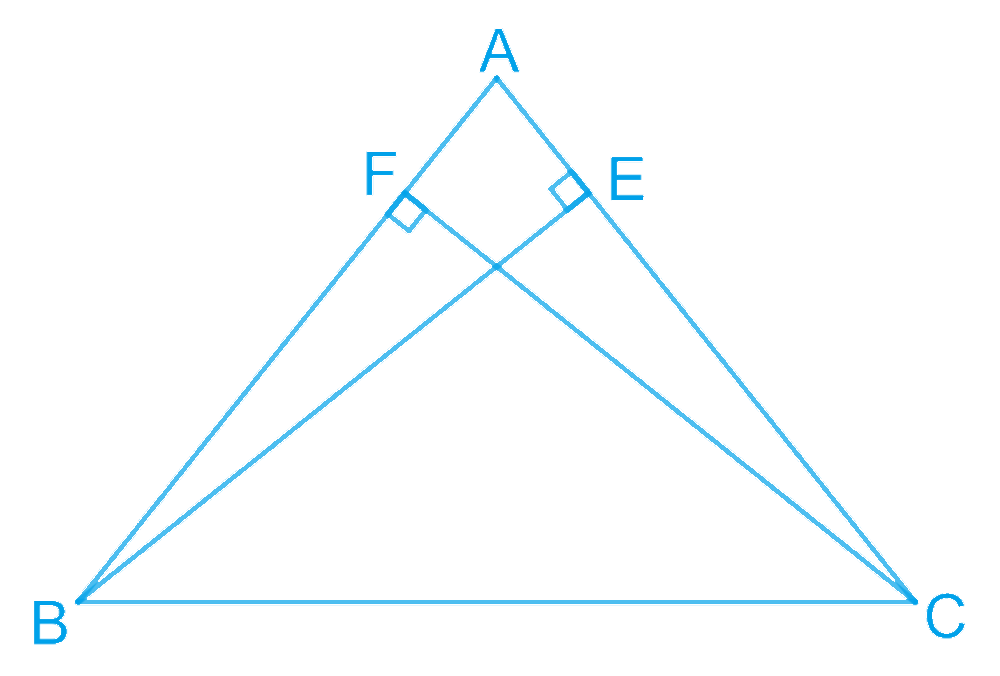 \(\therefore AB = AC\) (Sides opposite to equal angles of a triangle are equal) Hence, \(\Delta ABC\) is isosceles.