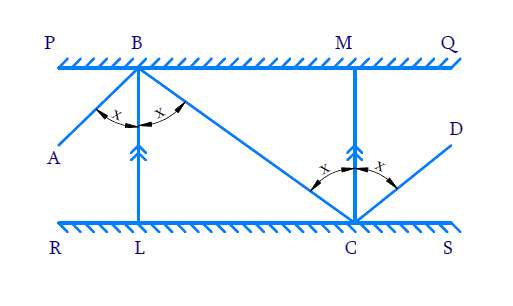 When two parallel lines are cut by a transversal, alternate angles formed are equal.

By laws of reflection, at the first point of incidence \(B\), we get:

By laws of reflection, at the first point of incidence \(C\), we get:

We know that, if a transversal intersects two lines such that a pair of alternate interior angles is equal, then the two lines are parallel. As Alternate angles are equal we can say \(AB \| CD\).